Pablo Ruiz Picasso was perhaps the most important artistic figure of the 20th century. A Spanish expatriate, notorious womanizer, and co-creator of cubism, there’s no wonder that ‘The Master’ has left an enduring legacy in his wake. We look at eight cities in Europe that house intriguing and influential collections of Picasso’s masterpieces. 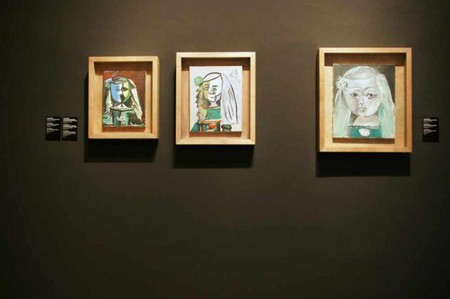 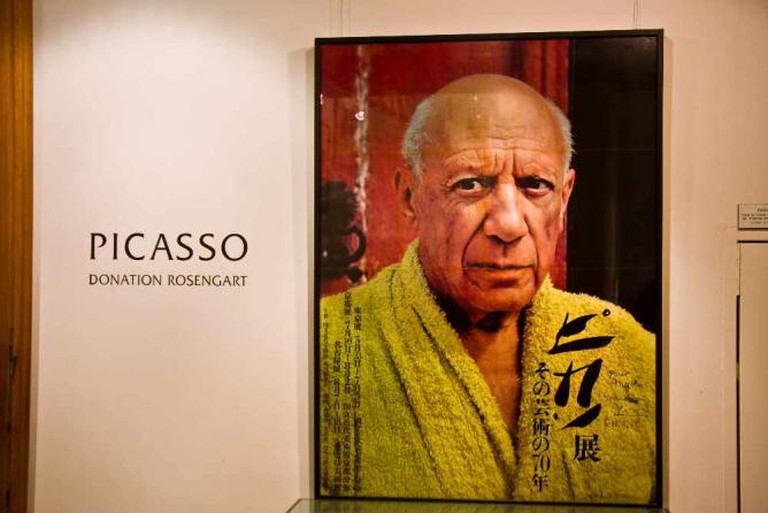 Pablo Picasso, Lucerne | © Michael Dawes/Flickr
Barcelona is home to the Museu Picasso, which houses one of the most extensive collections of Picasso’s work. He lived in the city during his formative years as an artist, between the ages of 14 and 24. The museum opened in 1963 and was founded on a donation of 574 works by Picasso’s secretary, Jaime Sabartés. The collection includes several early paintings preceding the beginning of his Blue Period in 1905. In 1970, Picasso left further bequests to the museum, and the total count is now well over 3,000 pieces. The setting of this museum alone, in five contiguous medieval stone mansions, makes the Museu Picasso unique. Allegedly, it was Picasso himself who proposed the museum’s creation in 1960 to Sabartés, a Barcelona native. Picasso’s widow, Jacqueline Roque, donated 41 ceramic pieces and the painting ‘Woman with Bonnet’ after Picasso’s death.

Highlights of the Museu Picasso: The artist’s first major works, ‘The First Communion’ (1896) and ‘Science & Charity’ (1897), as well as a portrait of his mother and father
Open In Google Maps
Barcelona, Spain
Give us feedback 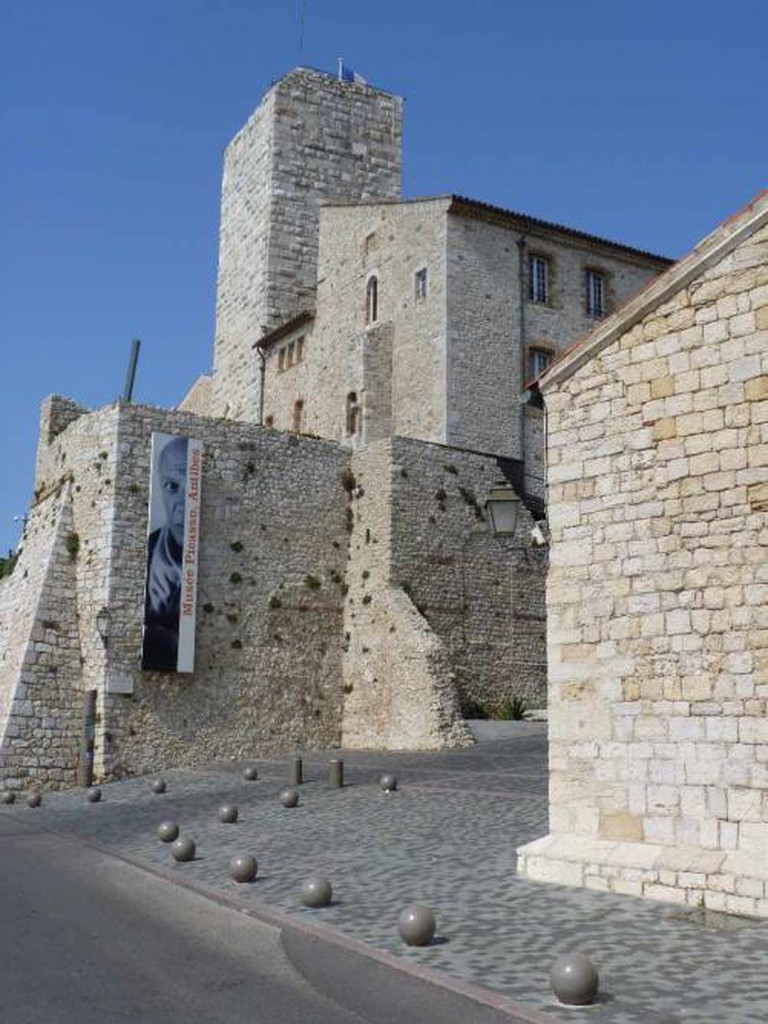 Musee Picasso, Antibes | © Jane Catherine/Flickr
Art dealer Siegfried Rosengart moved to Lucerne, Switzerland, after the First World War and was a friend of many leading artists, including the likes of Matisse, Klee, and Picasso. Rosengart amassed an extraordinary collection, which he and his daughter Angela donated to the town of Lucerne, now housed in the museum named in his honor. Angela, now in her 80s, still runs Museum Sammlung Rosengart, which is housed in a former bank building. The whole ground floor and some of the first floor rooms are dedicated to Picasso. The collection also features some remarkable photos of him at work by David Douglas Duncan, as well as 32 paintings and 100 drawings, watercolors, graphic and sculptural works, including five portraits of Angela herself. The hall, which was once the bank’s main concourse, is now home to five extraordinary oil paintings dating from 1967 to 1969. These were long rejected by the collection because of their powerful and passionate swirling style and expressive choice of colors by the artist. These works, once seen as scandalous, are now prized for their innovation.

Highlights of the Museum Sammlung Rosengart: ‘Portrait of a Painter’, which marked a transition in Picasso’s work, and ‘The Man with Pipe’ series from the late 1960s
Open In Google Maps
10 Pilatusstrasse, Luzern, Luzern, 6003, Switzerland
+41412201660
Visit Website
Give us feedback

The Musée Picasso in Antibes, is situated in a beautiful location on Côte d’Azur, France, in a stunning medieval chateau. Picasso used the château as a studio in the autumn of 1946. He had stayed in the village of Golfe-Juan with his lover Françoise Gilot, where he produced a new work almost every night, creating around 23 paintings and 44 drawings. Picasso went on to donate all of the work that he had done here back to the château on the condition that it remained on display to the public. This was the first museum to be dedicated to the artist and was built on the foundations of the ancient Greek town of Antipolis. The extensive collection here includes painting of mythical beasts and Mediterranean sea images as well as a wonderful collection of ceramics.

Highlight of the Musée Picasso: ‘Joie de Vivre’ (1946), which best captures the mood of Picasso in this period, depicting a naked model dancing to pipes on the beach with a summery palette of light blues and yellows
Open In Google Maps
place mariejol, Antibes, Provence-Alpes-Côte d'Azur, 6600, France
+33492905428
Visit Website
Give us feedback

Picasso’s birthplace was an apartment block in Málaga, which has since been converted into a foundation in his honor, organizing exhibitions and educational projects in Picasso’s name. The building houses a series of rooms displaying memento’s of his family life, photographs and some of his paintings and drawings. Inside, there’s a recreation of the Ruiz Picasso family’s reception hall, and visitors can see images of family members and learn about the artist’s childhood. A bigger collection of Picasso’s work is in the Museo Picasso Malaga, which opened in 2003 in the Buena Vista Palace. It holds 285 works donated by members of Picasso’s family or held on permanent loan.

Highlights of the Museo Picasso: Early academic studies, examples of his cubist phase, and some of his last paintings from the 1970s

Picasso briefly lived in Vallauris, the seaside village where he learnt the art of decorative ceramics. In 1952 he painted his famous mural on war and peace to decorate the chapel here, which remains open to the public. This is where Picasso developed his fascination with ceramics. However, his approach to the art was unorthodox, fashioning fauna and nymphs in the glaze, melting the clay like one melts bronze, and decorating plates and dished with his favorite subjects.

Highlight of the Musée National Picasso: ‘War and Peace.’ Picasso produced two compositions of monumental proportions on hardboard panels that mirrored the curvature of the vaulting.

Book Now
Paris’s Musée Picasso reopened in October 2014, when Picasso would have turned 133, with more of the master’s works on display than ever. The exhibition space has been doubled in size and the layout simplified. The museum has double appeal for visitors, with not only a superb collection, but also the stunning Marais mansion in which it is housed. The building was built in the 1650s for Pierre Aubert de Fontenay, collector of the gabelle, or salt tax, which gave the building its nickname, Hôtel Salé. The paintings are hung alongside sculptures, prints and drawings, which allows one to put the focus on the work process, the step from drawing to painting and the intensity of the creative process. The rooms are grouped thematically: showcasing self portraits, guitars, and portraits of women.

Highlight of Musée Picasso: Some of Picasso’s earliest works as a teenager in Spain, including ‘The Little Girl in a Red Dress’ (1895), painted when he was about 14 years old
Open In Google Maps
5 Rue de Thorigny, Paris, Île-de-France, 75003, France
+33185560036
Visit Website
Give us feedback

Book Now
The Reina Sofia Museum, in Madrid, displays modern and contemporary Spanish art and has a holding of about 100 works by Picasso. Many of the works here are studies and drawings for ‘Guernica,’ Picasso’s epic homage to the victims of the bombing of the Basque village in 1937 that remains an emotive reminder of the conflict and the division and suffering of Spain during the civil war and the Franco Regime.

Highlight of the Reina Sofia Museum: The 20th century’s most famous painting, Picasso’s ‘Guernica’, commissioned by the Spanish government. It was Picasso’s wish that it should not be shown in Spain until democracy was established. It was then exhibited at the Prado and moved to this permanent home in 1992.
Open In Google Maps
52 Calle de Santa Isabel, Madrid, Comunidad de Madrid, 28012, Spain
+34917741000
Visit Website
Give us feedback

Museum
Facebook
Email
Twitter
Pinterest
Copy link
Share
Map View
The Museum Ludwig in Cologne houses works from most of the key 20th century movements from pop art to the Russian avant garde and American abstract artists. The German museum holds a whopping 864 works by Picasso, an enviable collection which has lead to its fame. After Paris and Barcelona, this is the world’s third largest collection of his works. The work here represents all key phases of his paintings, as well as a large collection of his drawings, sculptures, ceramics, and graphics. Throughout his lifetime, Picasso placed a great deal of value in drawing and graphics within his oeuvre. This is demonstrated in the Museum Ludwig collection; it is the only public institution to own all three large print cycles by the master – ‘The Vollard Suite’ (1930-1937), ‘Suite 345’ (1968) and ‘Suite 156’ (1971).