A One-week Itinerary to the Basque Country 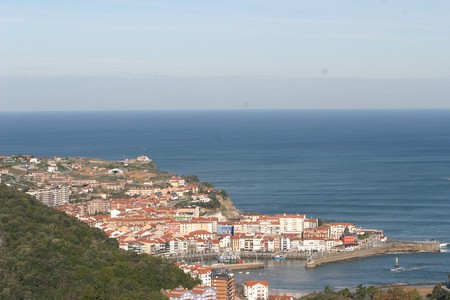 The Basque Country is one of the most interesting parts of Spain, and like Catalonia, also has its own culture, cuisine and language. It’s a region of rugged wild coastlines, fascinating cities and mountainous natural parks. Here’s our one-week itinerary to the Basque Country, to help you make the most of your stay.

Begin your Basque Country tour in San Sebastian, the stunning coastal city which sits in the northeastern corner of the region. Spend your first day getting to know the city by wandering around the picturesque Old Town and visiting the San Telmo Museum. Then climb up the Monte Urgull hill to see the ruins of the old castle. In the evening, make sure to go pintxos bar-hopping to try some of San Sebastian’s famous cuisine. Here’s our list of the 10 best pintxos bars in the city to help you decide which to visit.

On day two, spend your time relaxing on La Concha Beach and walk along to see the sculptures by Eduardo Chillida, including Peine del Viento (Wind Combs). In the afternoon, continue your seaside adventure by visiting the Aquarium. This is one of the most popular attractions in the city, attracting 300,000 visitors per year. As well as huge tanks of marine life from the Bay of Biscay and tropical fish, you’ll discover all about the city’s maritime heritage and native marine life. Don’t miss the big skeleton of a North Atlantic right whale. In the evening, splash out by booking yourself into one of San Sebastian’s many Michelin-starred restaurants. Here’s our list of the best Michelin-Starred restaurants in San Sebastian. 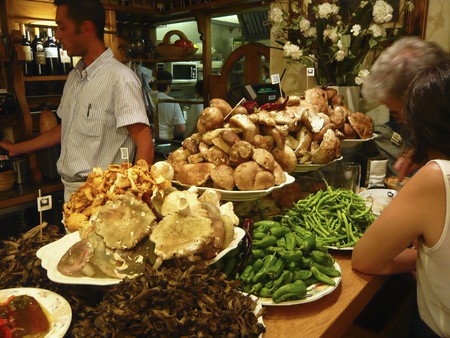 Drive or take the train west to the city of Bilbao, surrounded by lush green mountains. On your first day here, head straight for the Guggenheim, arguably the city’s most famous sight. This celebrated modern art museum was designed by Frank Gehry and features sculptures and other artworks by names such as Anish Kapoor, Eduardo Chillida and Richard Serra. When you’ve finished here, take a walking tour around the centre of this compact city to see highlights such as the Azkuna Zentroa, designed by Philippe Starck; the Arriaga Theatre; the Cathedral de Santiago and the Fine Arts Museum. In the evening, stroll around the Casco Viejo (Old Town) and choose a place to dine from our list of the top 10 restaurants in Bilbao’s Casco Viejo for dinner.

On day two in Bilbao, head up the river towards the coastline to see some of the area’s wild and rugged beaches. This area is particularly well known for its excellent surf conditions. If you’ve never been, why not book a lesson and try it out or simply watch the pros from the shore? One of the best is La Salvaje Sopelana, which you can reach by metro from the centre. In the evening, go bar-hopping for some more pintxos. Here’s our list of the best pintxos bars in the city. 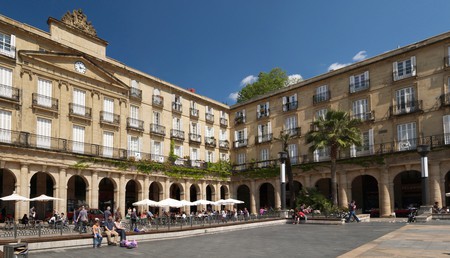 Make your way south to the capital of the Basque Country – Vitoria-Gasteiz. Although it’s not as well known as Bilbao or San Sebastian, it’s definitely worth a visit. On your first day in the city, head straight for the Artium Museum, one of the Basque Country’s best modern art museums, besides the Guggenheim. In the afternoon, hire a bike and cycle around the Verde Anillo – the big green park-like ring, which encircles the city.

On your second day in the city get to know it and its history a little better by visiting other museums such as the Armoury Museum and the Bibat Museum, which houses both an archeological museum and a more quirky playing card museum. You also shouldn’t miss a visit to the grand Cathedral of Santa María. Like the other Basque cities, Vitoria-Gasteiz is known for its excellent cuisine. Check out our list of the top fine dining restaurants here to discover where to eat.

It’s time to get away from the cities and explore the Basque Country’s natural parks. If you haven’t done already, your best bet is to hire a car for this next section of the itinerary. From Vitoria-Gasteiz, drive north just 40 minutes to the Urkiola Natural Park. There are many rural hotels to spend the night near here and plenty of chances for hiking and climbing. If you’re looking for partner to marry, legend says that you should head to the Sanctuary of the Saint Anthonys of Urkiola and circle the stone there three times. On your last day in the Basque Country, drive an hour and half south east to another natural park – Aizkorri-Aratz, filled with limestone peaks and vast beech wood forests. Drive back to Vitoria-Gasteiz to drop off the rental car and take the train back to your starting point – San Sebastian, or simply drive back in just one and a half hours. 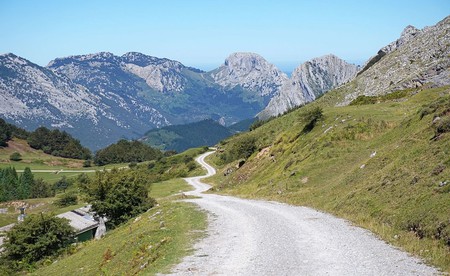