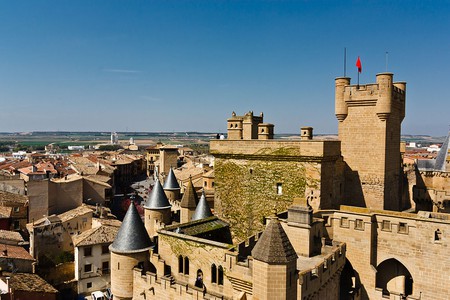 The Basque Country of Spain is a unique region, home to wild coastlines, rolling countryside hills, and many historic sights. Nowhere has more of the latter than the Kingdom of Navarre, an area of ancient castles, palaces, churches and monasteries. Two of the best places to experience these cultural gems are the small villages of Olite and Ujué, situated just south of Pamplona.

Located in the region of Navarre, in Spain’s Basque Country, Olite is a small historic town situated just south of the city of Pamplona and just east of Logroño in La Rioja. Surrounded by old Roman stone walls, it’s a town full of ancient medieval treasures, from palaces to churches and monasteries.

The Royal Palace of Olite

Begin your medieval tour of Olite at the Royal Palace of Olite – known as Olite Castle – because it looks more like a castle used for defence purposes rather than a luxury home. A true fairytale castle, it was built in the fourteenth century and used as the home of Charles III, the King of Navarre at the time. The palace soon became the king’s favourite residence and was even used as Seat of the Royal Court of the Kingdom of Navarre (it’s hard to believe that this small town was once capital of the region). The palace is the most important example of Gothic non-ecclesiastical architecture in the region and has been declared a national monument. 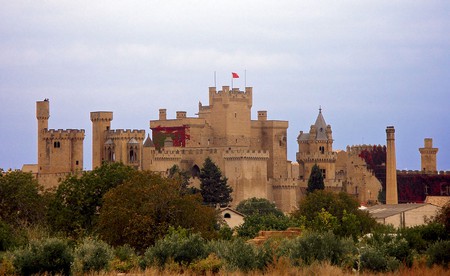 Continue your tour by heading next door to the Santa María church, located on the Plaza Teobaldos. Built in the thirteenth century, it is Gothic in style and offers many rewarding details to admire. Finish your Olite tour by making your way to the opposite side of town to the San Pedro church. Built in the 12th century, it features a magnificent Romanesque facade and cloister. If visiting in August, make sure you stop by the Medieval Festival, where the whole town dresses in historic costumes and the streets are filled with small tents, jesters, puppeteers, troubadours and artists.

Just a half hour drive to the northeast sits the small village of Ujué, surrounded by lush green fields and sat atop a hill, offering commanding views of the surrounding countryside. 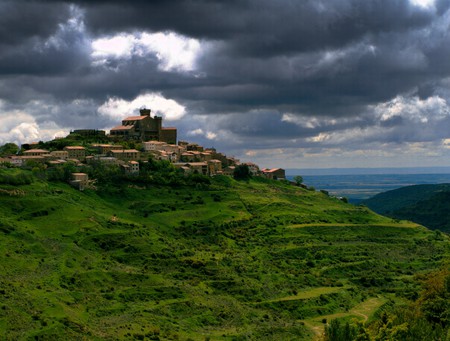 Here you’ll find the part-church, part-fort of Santa María de Ujué. Built on the site of an old Romanesque church in the 11th century, it has a wide Gothic central nave and intricately decorated Gothic portals. It’s here you’ll also find the revered Virgen de Ujué image, a wood carving made in 1190.

No tour of these two villages is complete however, without visiting the Monasterio de la Oliva, located around 26 kilometres south of Ujué. One of the best preserved examples of Cistercian art in Spain, it was built between the twelfth and thirteenth centuries. Still in use today, the monastery is home to around two dozen monks who dress in white robes and can be seen walking around its Gothic cloisters. Visitors must remain silent throughout their visit, but may be treated to singing and prayers by the monks and may even get to taste some of the unique wine, still produced by the monks on site today. 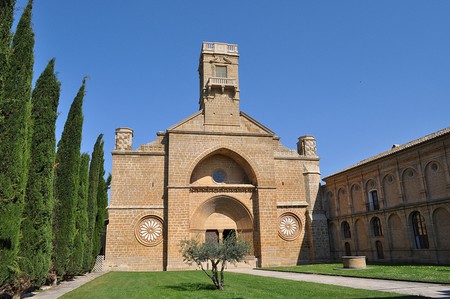