A Look At George Orwell's Barcelona 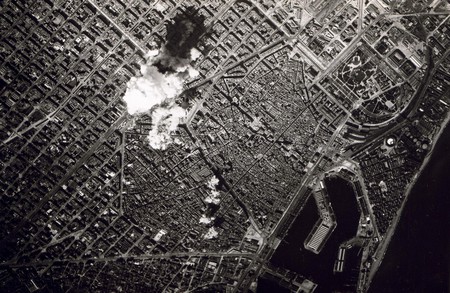 Back in 1936 when the young Eric Blair – better known under his pen name George Orwell – arrived in Barcelona, the city was in the grasp of an ugly civil war. Some 80 years later, the Catalan capital still bears the scars of its violent past – the legacy of the events described by the author in his Homage to Catalonia is still visible to those willing to scratch the surface of this historically-loaded city.

Barcelona in the Civil War

Stroll through the center of Barcelona today and you’d struggle to imagine that less than 100 years ago it was the site of bloody confrontation. The brightly-lit windows of the designer boutiques on Passeig de Gracià or the trendy brunch cafés in Sant Antoni say little of the city’s turbulent past. And yet, if you look a little closer, you’ll find that there are traces of this brutal period of the history everywhere. 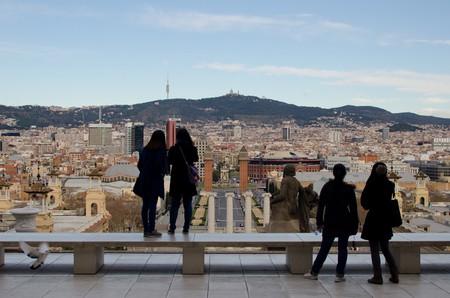 Among the hip bars that line Carrer Joaquin Costa, between the vintage stores and the skate shops, look up a little and eventually you’ll notice the black and red flag of the CNT. This anarcho-syndicalist worker’s union was founded in Barcelona in 1910, and throughout the civil war played a key role in the fighting, at times controlling most of Barcelona. Today the office on Joaquin Costa still operates as the HQ of an active branch of the CNT. Describing the CNT’s presence in the city at the time, Orwell wrote:

‘It was the first time I had ever been in a town where the working class was in the saddle. Practically every building of any size had been seized by the workers and was draped with red flags or with the red and black flag of the Anarchists, […] every shop and café had an inscription saying that it had been collectivised; even the bootblacks had been collectivised and their boxes painted red and black.‘

Perhaps one of the places where the traces of the conflict are most visible is the small square known as Plaça Felipe Neri in the Gothic Quarter. Look closely at the walls of the old church which borders the square and you’ll see the shrapnel marks of a bomb which was detonated here in 193, killing 42 people. Most of the victims were children who had sought refuge in the church basement but were killed by the fire that engulfed the building. 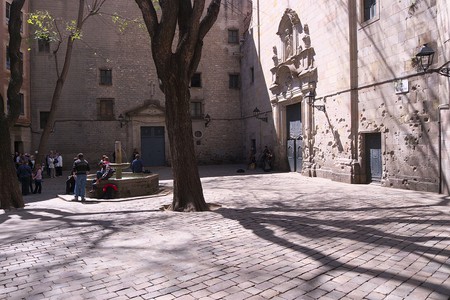 It was just months after the military coup launched against the Spanish government by the Nationalist army, led by General Francisco Franco, that young Eric Blair and his wife Eileen O’Shaughnessy embarked on the journey to the Catalan capital. A staunch socialist by then, Orwell wished to take up fight against the Nationalist army led by General Franco and has contacted the head of the British Communist Party to request he put him in contact with someone in Barcelona. 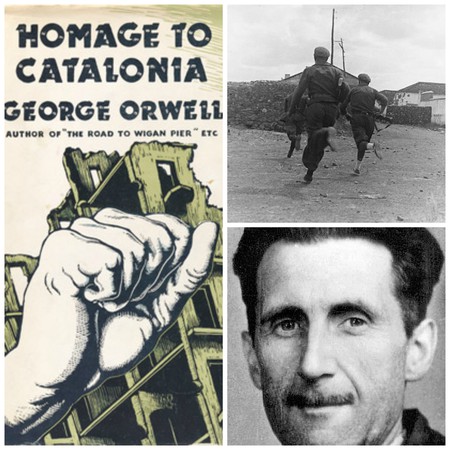 It was by coincidence that Orwell enlisted with the forces of the POUM – an anti-Stalinist ‘Workers’ Party of Marxist Unification’ – with whom he fought from December 1936 until June 1937. Soon after joining, he was sent to the front line in Aragon, fighting around the towns of Zaragoza and Huesca. He returned to Barcelona in May 1937, seeing his wife for the first time in months, but was soon caught up in a bloody battle between differing left-wing forces and the Republican Government.

Soon embroiled a vicious internal conflict between the POUM and other allies on one side, and the Moscow-lead Communist forces on the other. In June 1937 Orwell and his wife escaped from Barcelona, traveling safely to Paris before returning to England. It was here that he began to write his autobiographical account of his experience throughout the war, Homage to Catalonia, which was published in 1938. 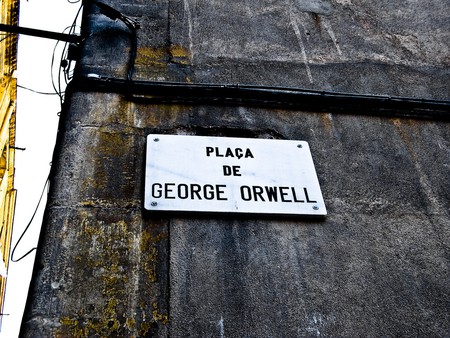 What emerges throughout the book is the sense of bitter disappointment George Orwell felt in the face of the crushing of the socialist ideals which he had felt ripple through the city before his departure to the front. For Orwell, Barcelona at the beginning of the Civil War was home to an optimistic sense that the revolution was possible. He had seen first hand the effects of the removal of class barriers and symbols of oppression, only to find that they soon returned when hatred of the totalitarian Communist regime outgrew that of the old order.

More than just a narration of the events that unfolded at the beginning of the war, Homage to Catalonia captures something of the revolutionary spirit which was shared by so many at the time. In his own words, Orwell claimed that:

‘No one who was in Spain during the months when people still believed in the revolution will ever forget that strange and moving experience. It has left something behind that no dictatorship, not even Franco’s, will be able to efface’.

In a country which still today struggles with the legacy of its bitter civil war, Orwell’s work continues to resonate with many readers for whom, more than just a piece of literature, Homage to Catalonia is a piece of history which many have yet to come to terms with.