A Literary Travel Guide to Mallorca 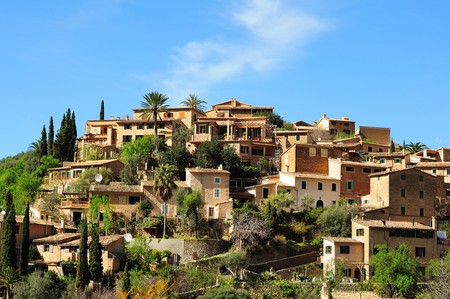 The Balearic isle of Mallorca has long been a magnet for creative types of all leanings, and none more so than the literary-inclined. One of the most famous was the English poet and novelist Robert Graves, who moved to the island in 1929. From there he “found everything [he] wanted as a writer: sun, sea, mountains, spring water, shady trees, no politics and a few civilised luxuries such as electric light and a bus service to Palma, the capital.”

Graves made the mountain village of Deia his home, where he continued to write prolifically, inspired less by the picturesque landscape, more by the peaceful and serene environment afforded him. And many writers would follow in his footsteps, from renowned authors like Agatha Christie, Evelyn Waugh, and Kingsley Amis, to the likes of contemporary poets such as Roger McGough. The house Graves lived out the last of his days is now a small museum dedicated to the writer, and he is buried in the local churchyard. 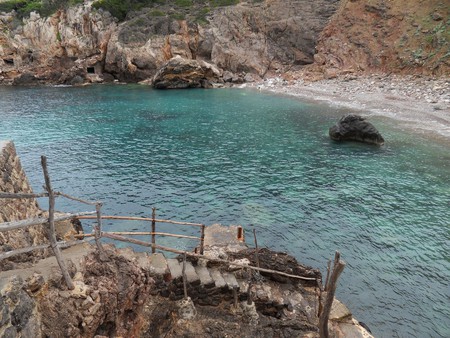 Graves, however, wasn’t the first to be drawn to Deia’s scenic surrounds, itself having gained a reputation among romantics and bohemians in the 19th century. It was French writer George Sands – the nom de plume of Aurore Dupin – who famously visited the area with her lover, Frederick Chopin, in 1838. Although her work “A Winter in Mallorca” hardly paints a flattering picture of the island’s inhabitants, it put the charming village of Valldemossa on the map, where the couple holed up in an abandoned monastery for the winter. 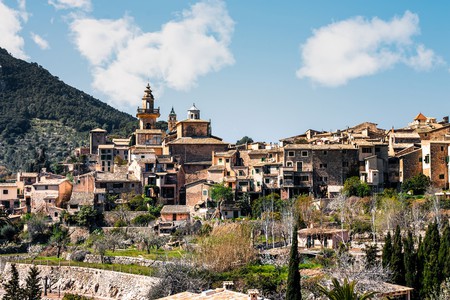 The presence of another, more prominent literary figure can be explored around the hills of the Tramuntana Sierra – that of local hero and polymath Ramon Llull. Not only was this 13th-century pioneer born on the island, but he was credited for writing the first major work of Catalan fiction – “Blanquerna” – together with at least 265 other works in Catalan, Latin, and Arabic. Visitors can visit the Miramar Monastery where Llull spent several years and soak up the glorious cliff-top sea views the man himself must have drawn inspiration from.

Another more contemporary though almost equally celebrated Catalan novelist (and psychiatrist) Llorenç Villalonga. Born in the Mallorcan capital in 1897, he went on to write some of the best-known novels written in the Catalan language. Despite wavering allegiances with the Catalan cultural movement, he is still remembered with a museum where he once lived in the pretty town of Binissalem. In case you need another reason to visit, it’s also the island’s capital of wine-making.

French writer Jules Verne is also known to have drawn inspiration from the Mediterranean isle, not from its dramatic landscape spaces but from underground. Mallorca features hundreds of cave systems, several which the novelist and playwright visited, and it is said inspired his most famous work – “Journey to the Centre of the Earth”. Explore the spectacular Cuevas del Drach near Porto Cristo and you’ll see why. 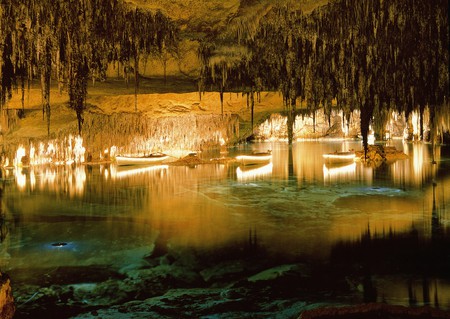 For travellers really looking to get under the skin of the island’s literary links, the best place to go is the Walking on Words project. Offering a total of seven comprehensive walking tours, it not only covering dozens of places of cultural significance, but explores numerous geographical locations featured in works of poetry and fiction, and how the island’s natural beauty has inspired, and continues to inspire, generations of writers.