A Guide to the Best Men's and Women's Shopping in Ronda 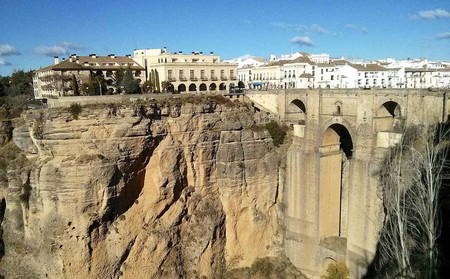 Ronda is home to a small yet lively shopping district, in which you can buy everything, from clothing and shoes to accessories and souvenirs. This part of town also boasts some great tapas bars for hard-earned refreshment. Read on for our guide to the best men’s and women’s shopping in this stunning Andalusian town.

Carrera Espinel is the central thoroughfare of Ronda’s shopping district. Starting opposite the historic bullring, this pedestrian-only street is known locally as Calle La Bola (Ball Street), because, one rare snowy winter, a group of kids rolled a snowball from the top all the way down to the Plaza de Toros (or so the local legend goes). La Bola and the surrounding streets are home to Spanish high-street staples for men and women, sweet and souvenir shops, and outlets specialising in jewellery, leather goods and shoes. And if you fancy a break from shopping, you’re never more than a few steps away from bar or café in which to refuel. One of the best is Quinto Tramo, where you’ll find trendy tapas and superb local wines.

A classic of the Spanish high street, Stradivarius’ Ronda outlet can be found on Calle La Bola itself, just a few doors down from Quinto Tramo. Launched in 1994 and incorporated into Spanish fashion behemoth Inditex six years later, this popular brand now has over 900 stores in 62 countries. Traditionally a specialist in women’s clothing and accessories, Stradivarius launched a menswear line last January, and the Ronda store was remodelled to accommodate a section for hombres. Men’s and women’s shoes are also available. 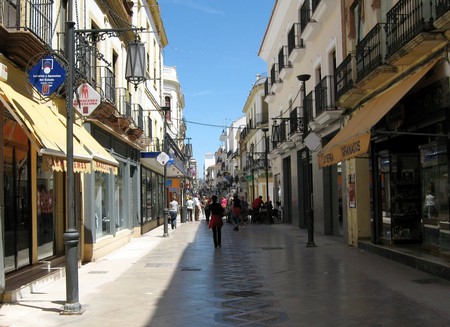 This classy men’s and women’s clothing brand is one of the most popular in Spain. It takes its name from designer Adolfo Domínguez Fernández, who ran his father’s fashion boutique in Ourense, Galicia before launching his own designs in the early 1980s. The style is smart-casual and a broad range of accessories is available for both men and women, from wallets and briefcases to handbags and jewellery. The Ronda outlet of Adolfo Domínguez is also praised for the friendliness of its staff.

This hugely successful brand was created in Barcelona in 1984 by two Turkish brothers. Perhaps most famous for a 2012 advertising campaign featuring Kate Moss, Mango now boasts over 2000 outlets in more than 100 countries. The two-story Ronda branch sits on Ball Street, in the thick of the action, and offers a great selection of colourful, well-cut women’s clothing for smart and casual occasions. As yet, Ronda lacks a store for Mango Man – the smart menswear line endorsed by Zinedine Zidane – but watch this space. 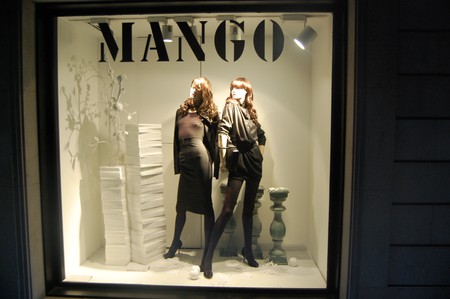 Mango is one of Spain's most popular clothing brands; Kevin Krejci/WikiCommons

Situated in the heart of Ronda’s La Bola district, the pretty and spacious Plaza del Socorro is the perfect spot for lunch in between shopping. Most of its bars and restaurants feature sunny terraces on which to relax for a couple of hours – plenty of time to show off your purchases over a chilled glass of white wine and some local delicacies. Try La Taberna Ronda, which does some of the best stewed bull’s tail (rabo de toro) in town.

Inside is located just off the main shopping street and offers a good selection of men’s and women’s clothing, accessories and shoes. An edgy, urban style characterises this brand’s garments, making them ideal for casual nights out and sightseeing days, when you need something cool and comfortable to wear. Inside also offers a comprehensive range of men’s and women’s shoes and accessories, including bags, fragrances, belts and sportswear. A great one-stop-shop. 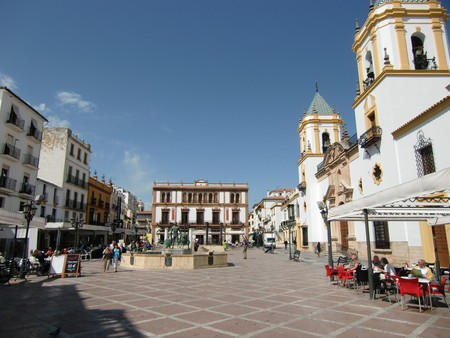 This one-stop zapatería – the wonderful Spanish word for shoe shop – is located at the far end of La Bola’s main shopping street. It claims to be the best-value outlet in Spain for shoes, and does quality footwear for a range of occasions, from days on the beach to fancy parties. Pérez Cabrera is definitely worth a visit if you’re in Ronda and looking to extend your shoe collection without breaking the bank.

Located on the lively Calle Espinel, Gody is another of Ronda‘s best shoe shops. The franchise was launched in 1963 and now consists of nine stores (all in Spain) selling footwear by leading brands such as Kickers, Clarks and Camper. Super-friendly staff is there to help with enquiries and, when you’re done, there’s a great little café across the road for hard-earned refreshment. 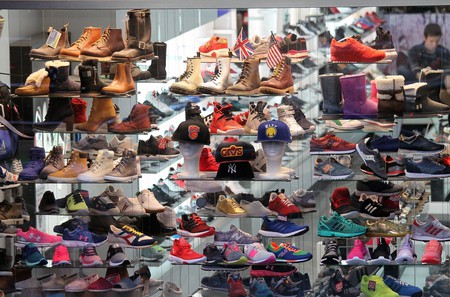