A Guide To Spanish Christmas Foods 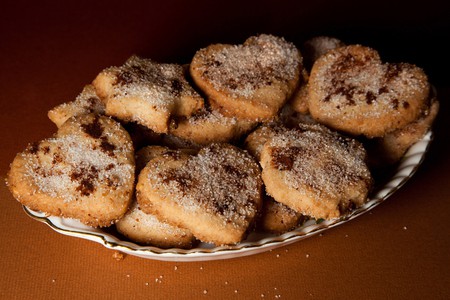 Come the holiday season, households everywhere in Spain prepare for the family feasts and gatherings that inevitably accompany Christmas celebrations. Whether you’re spending Christmas in Spain and wanting to know how to feast like a local, or are looking for some great gift ideas to bring back for the holiday season, discover our guide to the most festive of Spanish foods.

This hearty Catalan soup consists of a clear broth cooked with a mixture of seasonal vegetables, large pasta shells, and one main meatball. The traditional way to eat the soup is to start by eating the clear broth on its own, before being served the vegetables and meat on a plate afterwards. At Christmas, the meatball, or pilota, is usually made from a mixture of lamb, pork, beef, and chicken.

This Spanish version of nougat comes in a variety of textures and flavors and is a must at any big meal over the holiday season. Turrón can be either hard and brittle (known as Turrón de Valencia) or soft and chewy (known as Turrón de Jijona), and is made from a mixture of honey, sugar, eggs and nuts such as almonds or pistachios. 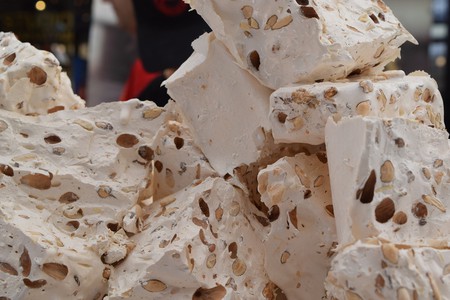 These sweet treats originate from Andalusia and are particularly popular over the holiday season. Mantecados refers to a number of shortbread biscuits that are made using fat from Iberian pigs, of which polverones are a particularly crumbly type. The history behind this tradition is grimly that during the Spanish Inquisition a decree was passed ordering that the sweets be made using only pork fat to detect Muslims and Jews in hiding.

This colorful cake is typically eaten on January 6th to celebrate the Epiphany and is eaten across Spain and certain parts of South America. The circular pastry is filled with cream and then topped with candied fruits and nuts. The tradition calls for a small figure of baby Jesus to be placed inside the cake, and whoever finds it is to be named King or Queen for the day. However a dried fava bean is also placed inside, and whoever finds that must pay for next year’s cake. 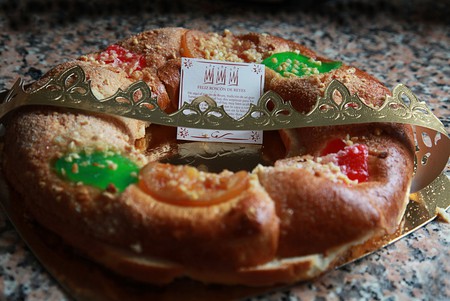 While seafood features heavily in the Spanish diet all year round, during the holiday season it’s particularly common to feast on large seafood platters shared with the entire family. Prawns and mussels are the basic givens, while specialities such as the small shellfish tallarinas or the claw-shaped goose barnacle make for special treats. It is also very common to make a rich seafood soup known as Sopa de Marisco, typically made using saffron, which gives it a warm, rich flavor.

There’s no better way to finish a holiday feast but with a bite of turrón, a polverón and a glass of sweet sherry, known as Jerez Dulce. These types of sherry are made from a blend of Moscatell and Pedro Ximenez grapes and range from the slightly sweet and oaky to a nearly syrupy consistency. To be called Jerez, the sherry must be produced within a specific area around the Andalusian town of Jerez de la Frontera, where this fortified wine first originated. 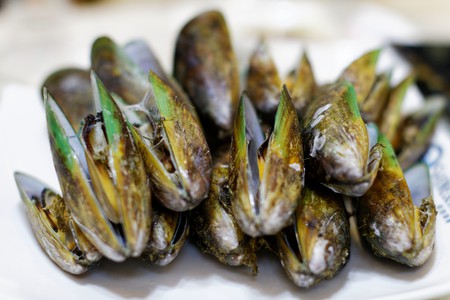 Mussels | © llee_wu
Give us feedback