A Guide to Seville's UNESCO-Protected Treasures

In 1987, UNESCO named Seville’s cathedral, Royal Alcazar palace and Archive of the Indies as World Heritage sites. This Conjunto Monumental (Monumental Complex) was chosen because it “[P]erfectly epitomise[s] the Spanish ‘Golden Age’, incorporating vestiges of Islamic culture, centuries of ecclesiastical power… and the trading power that Spain acquired through its colonies in the New World”, says the organisation. Read on to discover more about Seville’s UNESCO-protected treasures.

Cathedral of Saint Mary the See

Seville’s sprawling, five-nave cathedral is the largest Gothic church in the world. For UNESCO, the building is significant not only because it is a mighty display of the aesthetic sophistication of Christian Spain, but also because its iconic belltower – formerly a minaret attached to the mosque that once occupied this site – is an “important example of cultural syncretism”. In case you’re wondering, cultural syncretism occurs when a single structure displays a blend of different architectural styles. 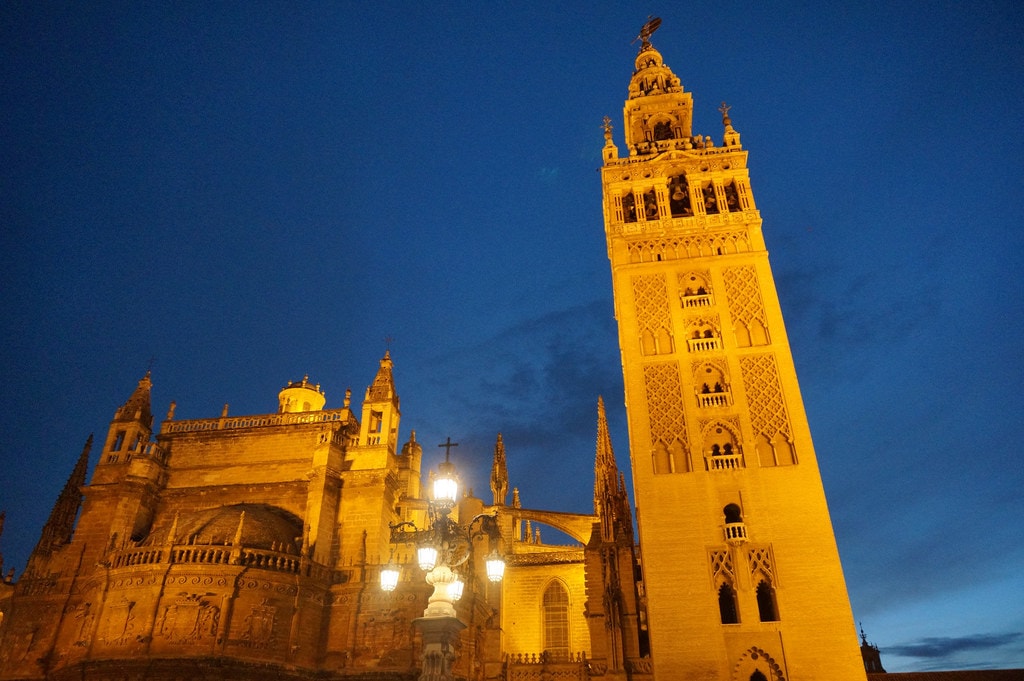 The striking belltower of Seville’s massive cathedral; Andrew and Annemarie/flickr

The minaret was part of a mosque completed at the close of the 12th century by the Almohad dynasty, the Moorish family who ruled Islamic Spain at the time. But just fifty years later, King Ferdinand III captured Seville from the Moors and converted the mosque into a place for Christian worship; the mosque retained this role until the early 1400s, when the decision was taken to demolish it and erect a Christian church in its place. The cathedral took over a hundred years to build and was finally completed in 1507.

As well as ambitious and gifted architects, nature has also played a part in the creation of the cathedral. The minaret, which UNESCO calls a “masterpiece of Almohad architecture”, was originally topped with four bronze spheres, but these were shaken off by an earthquake in 1365. The resulting, abruptly capped minaret remained until the 16th century, when a Christian-style belltower designed by the architect Hernan Ruiz was added. The finishing touch was made in 1568, when the “Giradillo” statue was placed on top of the belltower to symbolise the Chrsitians’ victory over their Moorish predecessors. 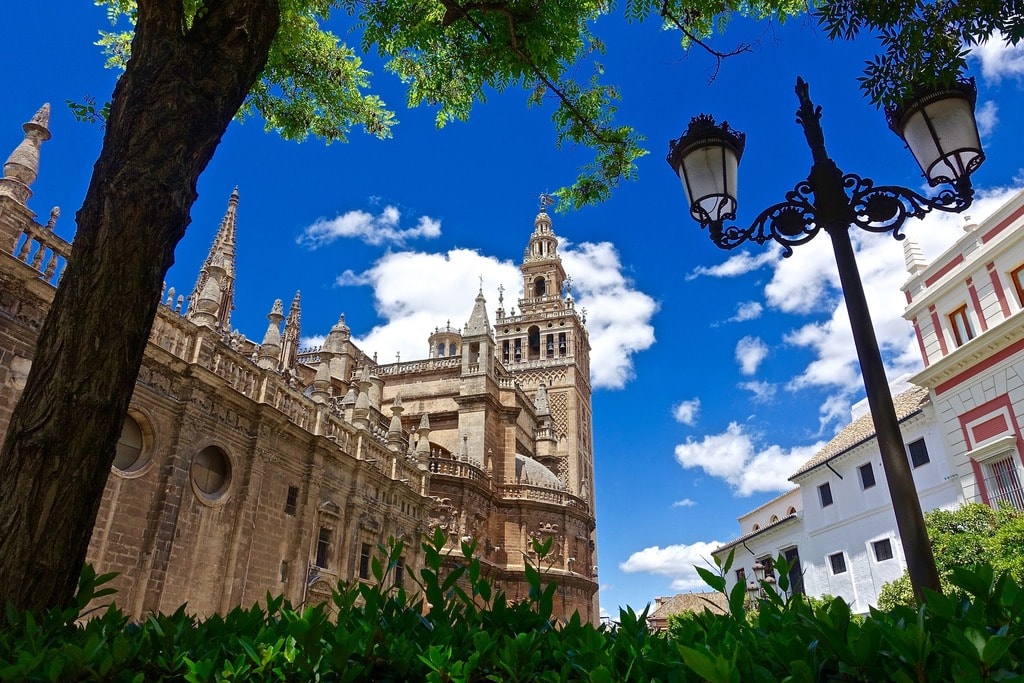 Seville’s cathedral is the largest Gothic church in the world; MemoryCatcher/pixabay

Just a couple of minutes’ stroll away from the cathedral is the Royal Alcazar Palace, a structure that UNESCO says represents “a rare compendium of cultures” and bears “exceptional testimony to the civilization of the [Moorish] Alhomads and to that of Christian Andalusia”.

Indeed, the Alcazar is an even more stunning example of architectural syncretism than the cathedral. It was begun by the Moorish Umayyad dynasty in the 10th century, extensively enlarged by the Almohads in the 12th and subsequently altered and added to after the Christians captured Seville in 1248. The resulting structure is a truly magical blend of Moorish, medieval, Renaissance and Múdejar architecture which has few equals throughout Mediterranean culture. 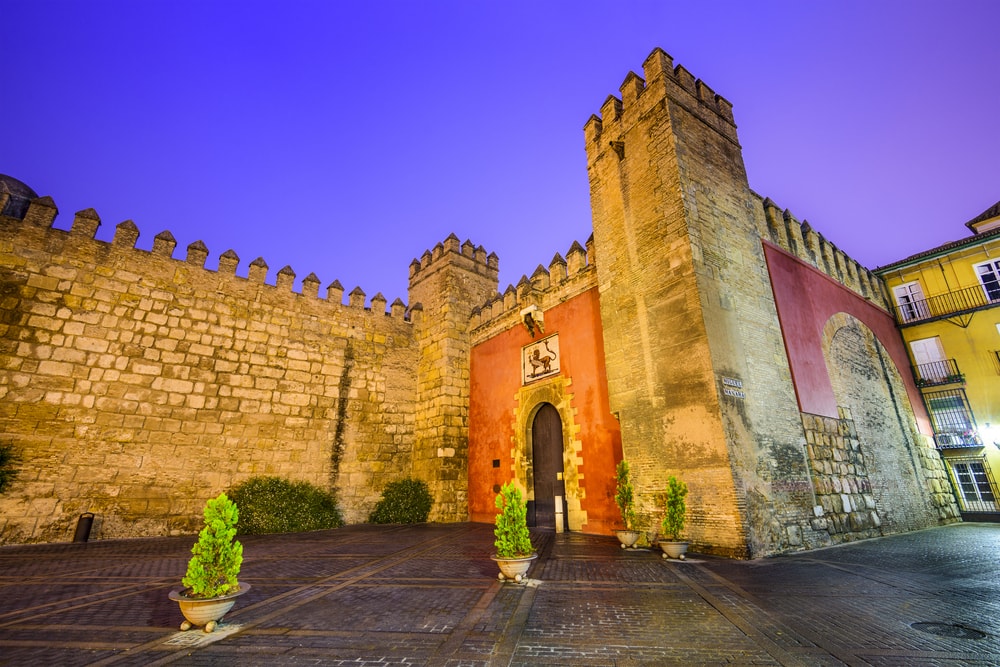 In choosing the Alcazar as a World Heritage site, UNESCO also mentioned the building’s centrality to the expansion of the Spanish Empire throughout the 15th and 16th centuries – an expansion which was entirely managed from Seville. The Admirals’ Hall headquartered the House of Trade, a body that enjoyed a commercial monopoly with the New World and that was responsible for organising crucial exploratory voyages, such as Ferdinand Magellan and Juan Elcano’s circumnavigation of the globe between 1519-1522. This period of Seville’s history, in which the city effectively became the capital of the Spanish Empire, is often referred to as its “Golden Age“.

General Archive of the Indies

Seville’s final UNESCO-protected treasure is the General Archive of the Indies, which sits right next to the cathedral. The elegantly understated building was commissioned in 1572 by Philip II, who chose architect Juan de Herrera for the job. It was a natural choice, given that Herrera was then in the process of finishing (also for Philip) the magnificent Escorial monastery and royal residence near Madrid – a task he had taken over five years before when Juan Buatista, the project’s principal architect, passed away. 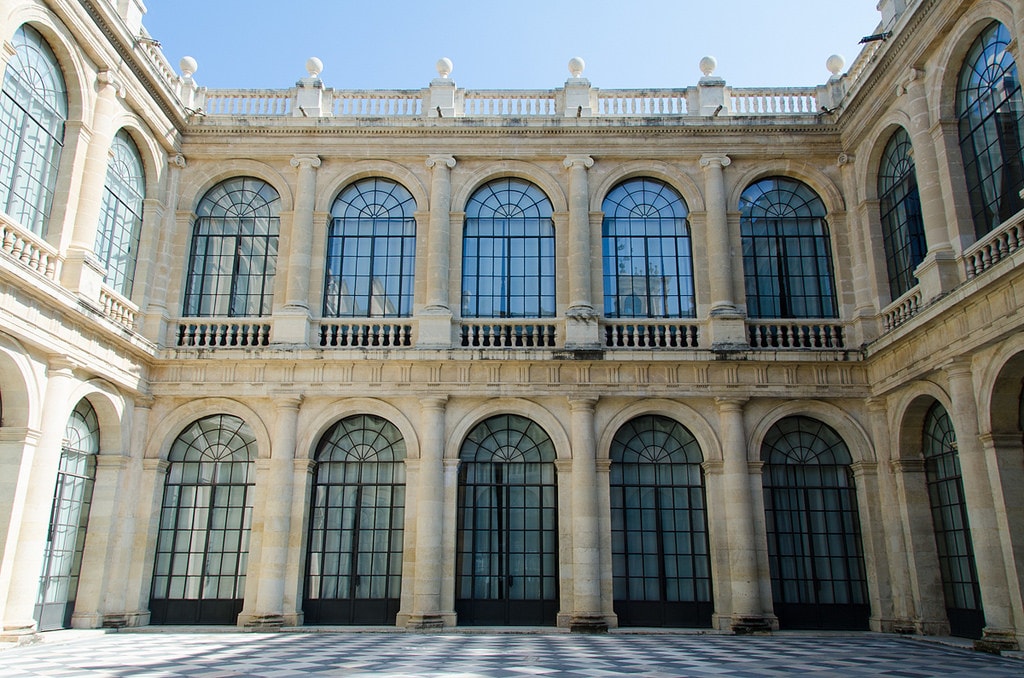 From its opening in 1598 until the end of the 18th century, Herrera’s Renaissance masterpiece housed the Consulado de Mercaderes de Sevilla, or the Consulate of the Merchants of Seville – an extremely important body, given Seville’s unofficial status as the Spanish Empire’s leading city. But in 1785, by decree of Charles III, all of the previously scattered documents relating to Spain’s discovery and management of the New World were brought together here. Today, this quietly beautiful structure is home to 80 million pages of documentation relating to the Spanish Empire of the 16th, 17th and 18th centuries: the collection is accommodated over six miles of shelving and some 40,000 volumes. Visitors can also gaze upon a 17th century canon and several paintings by Goya.

According to UNESCO, the Archive of the Indias is “one of the clearest examples of Spanish Renaissance architecture. An enormous influence on Baroque Andalusian architecture and on Spanish neoclassicism, it symbolizes the link between the Old and the New World”.