A Guide to Madrid's Traditional Festivals and Celebrations 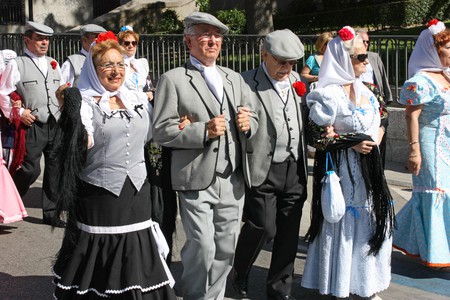 Towns and cities across Spain have their own fiestas that they celebrate throughout the year, and Madrid is no exception. From three wise men parades to late-night street parties, we take a look at the capital’s best traditional festivals.

One of the most important feast days across Spain, the Epiphany sees Madrid host an epic three kings’ parade to celebrate and commemorate the day when the three wise men visited the baby Jesus. Traditionally, Spanish children receive their presents from the Three Wise Men on the Epiphany, and not from Santa Claus on Christmas Day, such is the importance of January 6 in Spain (though these days, many children get two sets of presents!). Spaniards traditionally eat a Roscón de Reyes or Kings’ Cake on January 6, which is a round cake that is usually baked with a small trinket inside. Whoever finds it will be granted good fortune for the coming year.

May 2 is a public holiday in Madrid to commemorate the uprising on May 2, 1808 by the people of Madrid against occupying French troops, which in turn triggered the Peninsula War between Napoleon’s empire and Spain, Britain and Portugal. Intense fighting broke out on the streets of the city as poorly armed locals confronted the French troops. The only Spanish troops to disobey orders and join the fighting were from the Monteleón barracks, now the Plaza del Dos de Mayo square in Malasaña. The neighborhood is named after local girl Manuela Malasaña, who fought against the French and was killed in the fighting aged just 17, becoming one of the heroines of the revolt. Today, Madrileños commemorate the day with ceremonies and activities centred around the Plaza del Dos de Mayo.

Around May 15, locals in Madrid celebrate the city’s patron saint, San Isidro in a multi-day celebration that includes music, theatre and family activities. The festivities are a great chance to learn about some uniquely Madrid traditions – one highlight is the ‘Giants and Bigheads’ parade, which sees gigantic papier-mâché figures paraded through the streets. The fiesta also includes the most popular bullfighting season in Madrid, with some of the country’s best toreros coming to Las Ventas bullring. Many locals dress in traditional costume during the festivities, men in grey flat caps and waistcoats and women in intricately embroidered dresses. 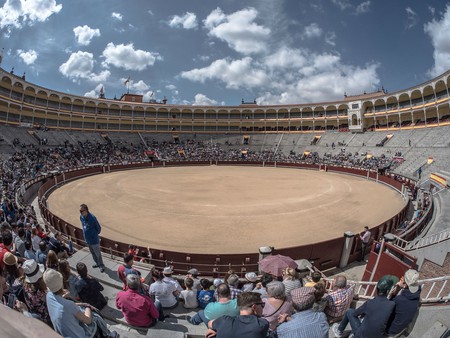 San Cayetano is the first of Madrid’s ‘August fiestas’ or ‘verbenas’, open air festivities that take over the city during its hottest month. Many locals leave Madrid for the cool of the coast during August, but those who remain get stuck into the street party scene. San Cayetano (August 2-8) takes place in the Rastro and Embajadores neighborhood of Madrid. Expect to see chulapos – traditional Madrid dandies – dancing, streets decked with hanging lanterns and a thriving community spirit.

The next of Madrid’s August fiestas (August 9-11) takes place in Lavapiés, one of the city’s most multicultural neighborhoods. Most people wait until dusk to head out and party, the (slightly) cooler temperatures make enjoying a drink and tapas from one of the specially set up street bars a pleasure. The fiestas also include plenty of children’s activities and have a welcoming, family atmosphere.

The final, biggest and most popular August fiesta, La Paloma (August 12-15), is centred around La Latina, one of Madrid’s oldest areas and today, the epicentre of the city’s tapas bar scene. The festival is in honour of the Virgen de La Paloma, and includes street dancing, traditional zarzuelas (Spanish operatic theatre) and lots of eating, drinking and having a good time.

Tens of thousands of people cram into Madrid’s main plaza, the Puerta del Sol, every December 31 to ring in the new year by eating a grape for every one of the 12 chimes of midnight of the clock on the Real Casa de Correos building. “Doing the grapes” is said to guarantee good luck in each of the twelve months of the coming year. The festivities are broadcast live on Spanish television and most Spaniards around the country join in the tradition at midnight.