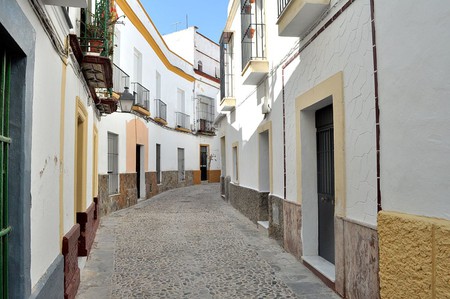 One of the most quintessentially Spanish towns in the country, Jerez embodies everything that the country is well known for – flamenco, bullfighting and horses. Located in the Cádiz province of Andalusia, it’s filled with charming winding alleyways, atmospheric plazas and countless old sherry bars.

Jerez is famous for three main things – flamenco, sherry and horses, so you can’t visit here and not make a stop at the Royal Andalusian School of Equestrian Art. Watch the famous Andalusian horses train for their world renowned dances, buy tickets for full shows where they prance around the ring, and visit the attached Museo del Enganche to see 18th century carriages and other equestrian equipment.

Jerez’s stunning 11th century Moorish fortress is one of the city’s main highlights. One of Andalusia’s best preserved Almohad fortresses, it has a lovely mosque-chapel and an octagonal defence tower from which there are great city views. Next to this is the 18th century Palacio Villavicencio, with its stunning Islamic-inspired gardens. 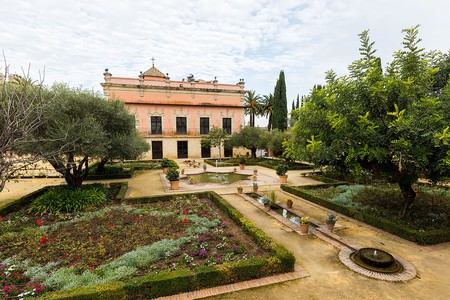 Built on the site of an old mosque between 1695 and 1778 by Alfonso X, Jerez’s magnificent cathedral has a wonderful mix of baroque, neoclassical and Gothic styles. Inside under ornate domes, you’ll also find rooms housing a collection of artworks by artists such as Pacheco and Zurbarán. 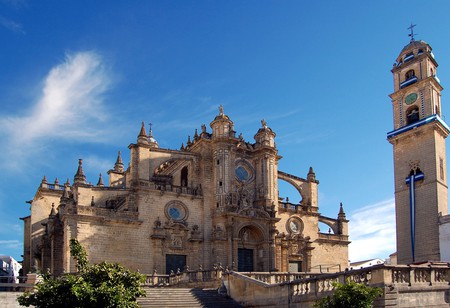 Originally an old winery, at La Carboná, guests eat between old wine barrels and under wooden beams. Wines and sherries are at the center of the menu, which features meats and fish plates. Dishes are either designed to be paired with local wines, or are cooked with them as a type of sauce. Don’t leave without trying their excellent sherry pairing menu.

A vibrant, traditional old wine bar, this place is just as much about its food as its bottles. Having first opened in 1934, this family run business serves one of the best tortilla de patatas (Spanish potato omelettes) in the province of Cádiz. It is said that the recipe was passed down by Doña Mari Carmen Nieves, known as ‘La Nena’, who used the same fork to make them for the last 20 years.

A trip to #Jerez cannot be finished without visiting a #sherry bar. We went to one of the local one in town called #TabancoSanPablo . #FoodandtravelSpain #FoodandtravelJerez

This boutique hotel is located in the historic heart of Jerez, housed in the old residence of the Garvey family – one of the most famous sherry and brandy families in the region. Built in 1850, this elegant hotel is decorated in 19th century neoclassical style. Offering just 16 rooms, it also has a bright restaurant and airy lounge area.

A charming hotel located in the oldest part of the city, La Fonda Barranco is just steps away from the cathedral and lies within easy walking distance of most of the major attractions. Housed in an old merchant’s home dating back to 1865, it features original old tiles and wooden beams. The rooms are cosy and romantic, decorated with Islamic-inspired artwork. The hotel also has a breakfast room and a rooftop terrace.