A Guide to Barcelona's Best Beaches 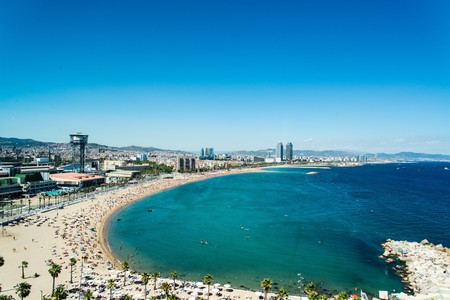 Being a bustling, cosmopolitan city with beaches on its doorstep is just one of the reasons Barcelona is such an incredible city. Though some of the beaches can be a little too popular in the summer months, there’s plenty of choice as to where you lay down your towel and these beaches have something for everyone.

The Bogatell beach is one of the city’s most popular among local residents thanks to the fact that tourists are generally less inclined to make the short walk away from the Barceloneta. This beach generally attracts a young, laid-back crowd and the residents of the hip Poblenou neighbourhood. This is also where you’ll find a concentration fo some of the best chiringuitos or seasonal beach bars in Barcelona. In fact you can pretty much eat and drink your way from one side of the beach to the other.

The most famous of Barcelona’s beaches, the Barceloneta beach is actually just one segment. However this is where you’ll find the most buzz – not always the most pleasant, mind – and where you’ll get some of the best views of the surrounding architecture. Frank Gehry‘s giant statue of a golden fish, El Peix, as well as the two towers of the Mapfre Building and Arts Hotel plus one of the most iconic Barcelona views. 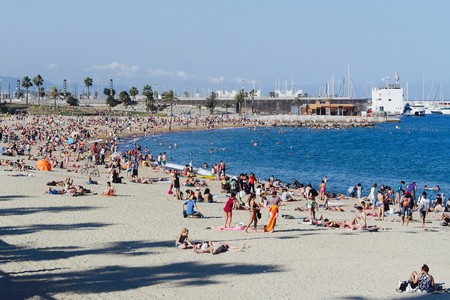 For swimming in the sea: Mar Bella beach

Located to the north of the city, the Mar Bella beach is generally more relaxed than the beaches to the south of the Port Olimpic. What’s more, here you’ll find some of the best spots for open sea swimming. The local council has been known to designate special sea swimming lanes to protect swimmers from jet-skis and boats. It’s also popular with locals going for a solo swim on their lunch break in the summer and there’s more of a, ‘I’ll watch your back if you watch mine’ atmosphere when it comes to leaving your stuff on the beach.

The beaches in Barcelona are generally well provided for when it comes to facilities for outdoor activities. There are a total of 14 public beach volley nets on the beaches across the city, four of which can be found on the Nova Icària beach. These are very popular and can get busy quickly but the atmosphere is generally very friendly and you’re more than likely to find someone willing to play with you and share. 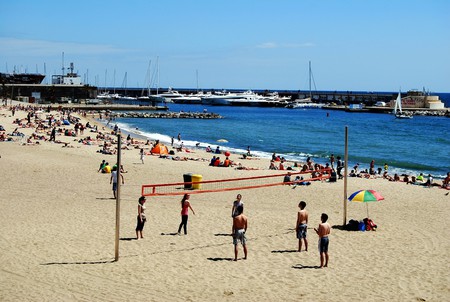 Continue to the far end of Mar Bella beach and you’ll soon notice some small changes, namely the increasing absence of clothing on your fellow bathers. The Mar Bella and Nova or ‘new’ Mar Bella beach blend seamlessly into one another but there’s much more of a nudist vibe around Nova Mar Bella. What’s more, this is also a popular gay beach with the BeGay chiringuito offering not only fun cocktails but also a super-fun atmosphere.

For nearby partying: Somorrostro beach

Formerly part of the Barceloneta beach, Somorostro beach was renamed in homage of the residents of a shanty town which once stood here – and was removed for the development of the Port Olimpic area which it borders. These days it’s where you’ll find some of the city’s glitziest nightclubs and late-night bars such as Pacha, Carpe Diem and Barcelona Ice Bar. 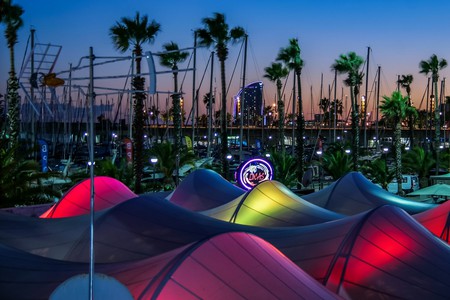 Located at the very tip of the Barceloneta neighbourhood, the Sant Sebastià beach is quite possibly the city’s quirkiest. Once a nudist beach, it no longer officially is – but that doesn’t deter the die-hard nudists who have swum here for years. Add to that the mix of tourists from every corner of the globe and the more adventurous of the guests from the luxury W Hotel, which stands besides it and you get some rather interesting people watching.