A Guide to Alternative Nightlife in Valencia 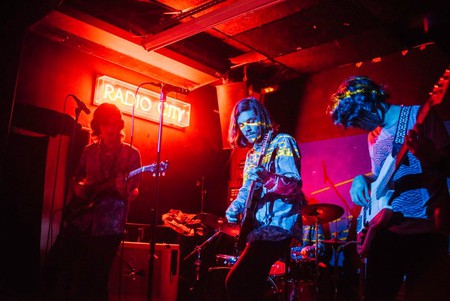 At first glance, the music scene in Valencia may look like it’s dominated by either electro clubs or sophisticated jazz bars – but if you’d rather be at the nearest grungy rock bar or anything with a circle pit, you’re not alone. Luckily you don’t have to look too hard to find the city’s alternative side.

Unsurprisingly, the two best places to start are the city centre’s bohemian neighbourhoods of El Carmen and Ruzafa. Rapidly gentrifying areas formerly known for being dingy and dangerous, both are now perfectly safe, lively areas with great nightlife and bucketloads of atmosphere.

El Carmen is part of the Old City district and it’s sometimes wrongly advertised as the ‘biggest and best’ nightlife area in town. In reality it’s a compact area that packs in a mind-blowing range of incredible bars and clubs – but they won’t be to everyone’s taste. If, however, you like the sound of a punk bar, a reggae-themed smoking den, a retro lounge, a goth dungeon, a gay club and bohemian art space all within walking distance of each other, look no further.

You’ll find all of them and more in El Carmen’s insanely confusing maze of cobbled streets, brimming with architecture dating from Arab times and now covered with huge, colourful graffiti murals. Most people will tell you the main street through El Carmen is Calle Caballeros, but this is probably because it’s the only straight line on the map and so often used by tourists. As a result, the few venues in this area are very mainstream and don’t especially represent what the area’s nightlife has to offer. To find the real gems, you’ll need to navigate the winding backstreets, which are safe but disorienting, especially at night and possibly after a few glasses of vino! 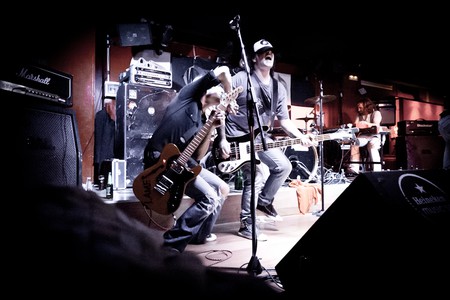 Carmen’s old buildings and tiny lanes are full of cosy but curious pubs and taverns, craft beer bars being a good place to start the night if you actually want to talk at normal volume. Otherwise, mayhem and mosh pits can be found at the dimly-lit Frankenstein rock bar, with a young alternative crowd and chaos generally spilling out onto the street outside. They occasionally have live music on, too. Bigornia is another of the best alternative, underground places in Carmen. The crowd is young and eclectic, although you’re unlikely to find anyone wearing trendy designer gear. The music mirrors the clientele, with a huge mix of everything outside the mainstream, from hip-hop to electronica to rock. Then there’s the famous Radio City bar where you can see all kinds of live music every night of the week in a slightly grungy space covered in quirky art and packed with everyone from international students to local rock veterans.

The drawback to nights out in El Carmen is that everything shuts down at around 2am, because it’s pretty residential and the neighbours get fed up with having drunken mayhem outside their windows all night. One of the more expensive areas to go out in town, it’s well worth it to experience the district’s unique, unorthodox take on nightlife.

For a slightly cheaper and just as eclectic night out, try the Ruzafa district, sometimes called the ‘Valencian Soho’. It has all kinds of quirky cafes and bars with a distinctly alternative vibe such as La Catrina, which serves up local beers and absinthe alongside a mix of alternative rock. Just a short walk from El Carmen, the Alcatraz Rock Bar in Nou Moles is where you’ll find a mostly local crowd rocking out to heavy metal and 90s alternative rock. As an added twist, the Chinese owners sell t-shirts printed with rock lyrics in their native language. This one stays open until 3am on weekends. Or try the city’s student area near Amistat metro station, which has alternative venues like Wah Wah, a dark and atmospheric live music spot where you can check out local Valencian or Spanish rock, indie, punk and metal bands most nights of the week.