A Glimpse into the Semana Santa Celebration of Granada's Gypsies 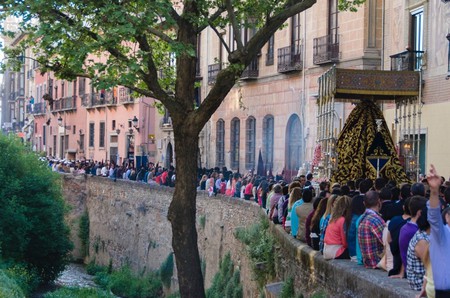 Granada’s procession of the Cristo de los Gitanos (Gypsy Christ) takes place on the Wednesday of Semana Santa (Holy Week) and is one the most distinctive of Spain’s Easter celebrations. Read on to find out why.

Starting from the centre of Granada in the late afternoon of Holy Wednesday, the parade of the Gypsy Christ doesn’t arrive at its final destination – an abandoned abbey in the hills of Sacromonte – until three o’clock the following morning. Whatever your feelings about religion, you can’t help but respect the physical achievement of this journey’s costaleros, as the men who carry the heavy, ornate floats of Semana Santa are called. Indeed, they regard the task as an honour, their pain an expression of their devotion as well as a simulacrum of that experienced by Christ on the cross.

This epic procession’s high-point occurs between about 11pm and 1am, when it snakes through the gypsy quarter of Sacromonte – a rustic barrio of cave dwellings, cacti-studded countryside and flamenco bars perched on the hillside high above Granada. For most of the year, this is a sleepy and tranquil neighbourhood; but on Wednesday night of Holy Week it is transformed into a giant street party with a beautifully illuminated Alhambra as its backdrop. 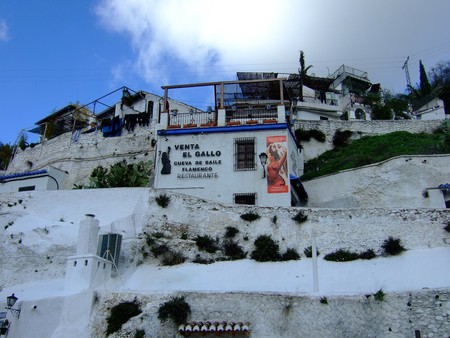 For most of the year, Sacromonte is a quiet, sleepy neighbourhood; Ramallo/pixabay

In this respect, the gypsy Semana Santa celebrations in Granada are unique. Usually, Andalusia’s Holy Week processions are family affairs with a lively yet restrained atmosphere. But this one is characterised as much by enjoyment and partying as by religious solemnity. Noisy groups of teenagers throng the narrow lanes of Sacromonte, drinking from litre bottles of Alhambra beer; food and drink stalls and sizzling BBQs appear on any spare patch of cobbles, and every flamenco bar along the route is packed with excited revellers. The music of the brass band that accompanies the procession – triumphant one moment, maudlin the next – blends with flamenco voice and guitar. Clouds of sweet-smelling incense mix with bonfire and BBQ smoke in the fresh country air.

The Gypsy Christ himself presents a stark contrast to the more flamboyant aspects of Granada’s Holy Week. On a float unadorned by gold or velvet, his near-naked effigy is attached to a crucifix surrounded by four giant candles. Their tiny flames flicker weakly and sometimes go out altogether over the course of his twelve-hour journey. 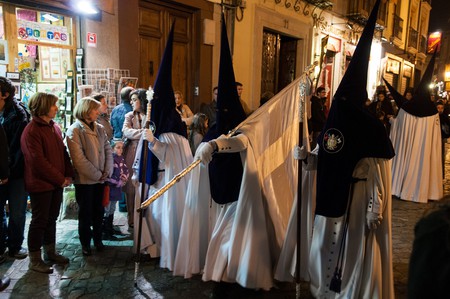 Led by spookily attired devotees, the Gypsy Christ makes his bobbing way through a packed Sacromonte. As he goes, he is serenaded by locals with unaccompanied saetas – devotional Catholic laments – from the low balconies. Sometimes a saeta is sung by flamenco star Estrella Morente (daughter of the legendary Enrique Morente), who grew up here. Haunting strains of cante jondo – the “deep song” of flamenco – drift from the darkened hills, their ghostly singers unseen.

About halfway along the route through Sacromonte, a bonfire is lit and throws sparks at Christ’s simple effigy as it passes, infusing proceedings with an earthy, elemental feel. People hurriedly kiss their hands and then touch the sides of the float, muttering prayers and thanks to Christ; and when everything grinds to a halt every ten minutes or so (to give the costaleros a break), an eerie silence descends on the entire neighbourhood. It is broken only by disembodied shouts of “Viva los gitanos! Viva el Cristo de los gitanos!” echoing throughout the hills, stirring the crowds to repeat the cry. And when the procession has passed through Sacromonte, the partying and the flamenco really get going and don’t stop until dawn. 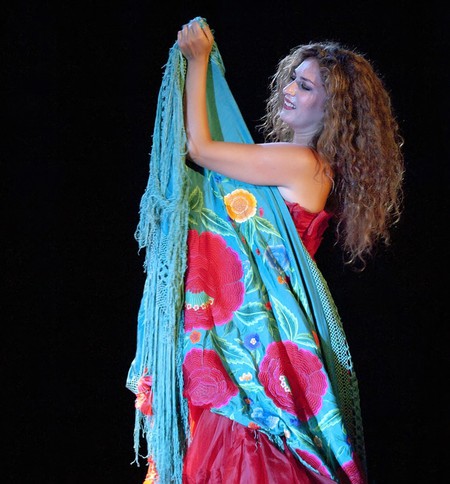