A Glimpse into Galicia's Hidden Village That Was Entirely Re-Constructed 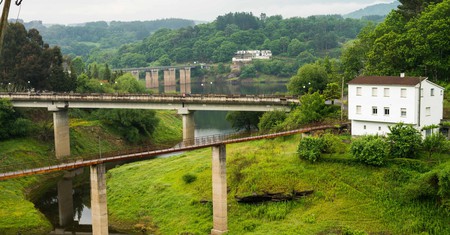 Few people have ever heard of the old town of Portomarín, Galicia’s answer to the Lost City of Atlantis – largely because today, it lies underwater.

Upon entering the Galician town of Portomarín, take a glimpse below the surface of its seemingly picturesque lake and you’ll discover it holds a fascinating secret – an old Roman town that lies beneath the surface and was completely flooded.

The building of the dam

In the mid-1960s, under General Francisco Franco’s direction, a hydroelectric dam was built and the Belesear Reservoir created, causing the town to flood. In anticipation of the flooding, the settlement was relocated to higher ground and some of the most historic buildings were rebuilt. 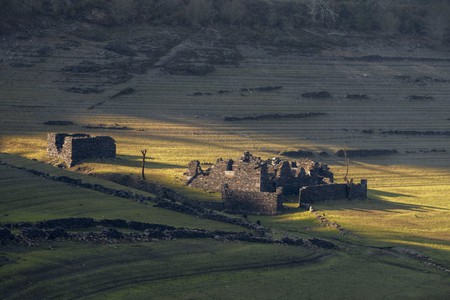 The ruins of the old village of Portomarin, in the Camino de Santiago. | © Luis Vilanova / Alamy Stock Photo

The rebuilding of Portomarín

In fact the entire town was reconstructed like a huge puzzle, placing everything exactly where it had been in the old town. Look closely enough, and you can still see numbers on the stones of the old buildings to show the order of where they should be placed.

The historic centre was made up of the medieval hamlets of San Pedro and San Nicolás and was home to two churches, named after each. Originally built in the 12th century, the church of San Nicolás was designed as both a church and a protective fortress. The San Pedro church was built a little earlier than San Nicolás and comprises a Baroque façade with a Romanesque 10th-century doorway. 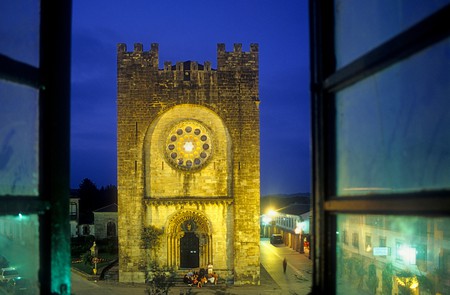 Not wanting their houses of worship to drown along with everything else, the townspeople, under the direction of architect Francisco Pons Sorolla, in fact took the churches apart and rebuilt them stone by stone in the new town of Portomarín, higher up the bank. Today, visitors can see the original Romanesque church of San Pedro and the epic church fortress of San Nicolás, built exactly how they were, just in a different location.

When it hasn’t rained for a few weeks and the water level is low, you can still glimpse the old village of Portomarín, particularly the old Roman bridge, which can be seen rising out of the water, just below the modern-day bridge you enter the town on today. 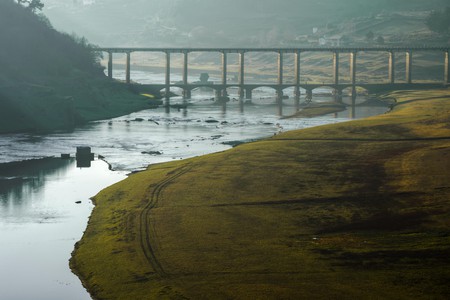 Two bridges of Portomarin, the old one only appears when the reservoir water is low. | © Luis Vilanova / Alamy Stock Photo

The new town of Portomarín is visited by thousands each year, not those hoping to catch a view of the old ghostly town beneath the water though, but by pilgrims walking the Camino de Santiago. It’s filled with cheap guest houses, pilgrims’ hostels and homely restaurants, where you can grab a great value hearty meal. Not many know the town’s hidden secret, lying just below the water.