A Football Lover’s Guide to Madrid 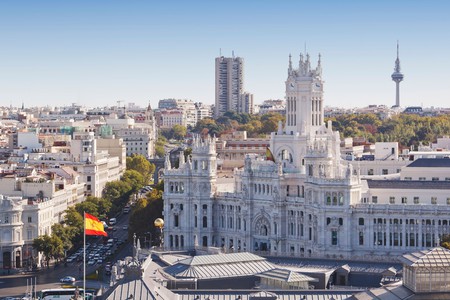 Home to two of the biggest football clubs in the world, Madrid is a paradise for lovers of the beautiful game. 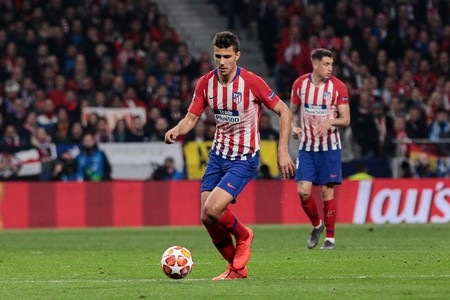 Madrid has three main football teams, with two sitting at the very top of the sport. Games are played all year round with the exception of the summer months. The La Liga season runs from August until May.

In recent years, Real Madrid and Atlético Madrid have competed in the latter stages of the UEFA Champions League (UCL) and have performed reasonably well in the domestic league and cups. Attending games in Spain is a lot easier than in other countries, but it’s still a good idea to book and travel in advance of matches.

The Champions League and Madrid

The city has become synonymous with the Champions League, Europe’s top club competition. Both Real and Atlético have a fearsome reputation in the UCL, although the 2019 competition sees two English clubs come to town.

Both Madrid teams have faced each other in the final of the Champions League in recent years. Real beat Atlético in 2014 and did the same in 2016 on their way to becoming the most successful team in the history of the competition.

Speaking to Culture Trip in Madrid at the culmination of the Heineken Unmissable Moments tour, a leading sports journalist highlighted why the competition means so much to the city. “Real Madrid have won it [the UCL] three times in a row, which has never happened before. The city will now have hosted the final for the fifth time, which is also a first.”

Fans from all over the continent and beyond have visited the city on Tuesday and Wednesday nights, which is when the Champions League games are contested. The final takes place on a Saturday in late May or early June.

“The Champions League and World Cup are on the same level,” our Madrid-based writer continues. “People want to win them as they are the main tournaments in the world. I went to Indonesia with the trophy as part of a Heineken world tour and saw it first-hand. People there wake up at all hours to watch the games.”

Where to watch football in Madrid 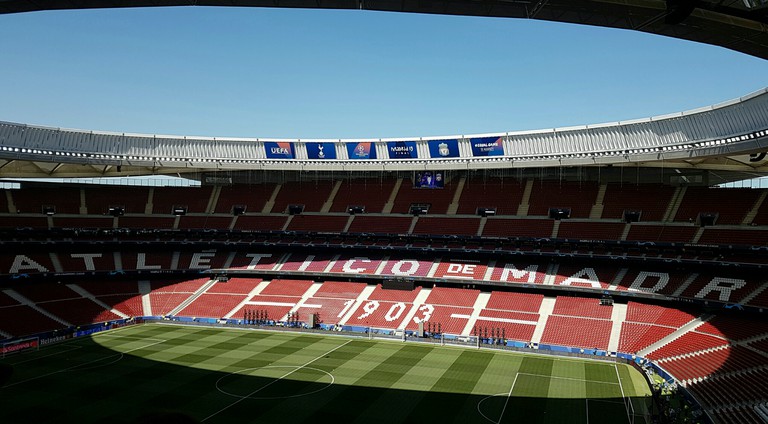 The Wanda Metropolitano stadium in the outskirts of Madrid | © Culture Trip

The home of Atlético Madrid, the newest stadium in the city is full of the modern touches fans demand nowadays. Spain’s King Felipe is a big fan of Atlético and often attends games – in fact, he was present for the first match played here, in 2017. Prior to hosting La Liga games, the stadium was primarily used for track and field events and was part of the city’s failed 2016 Olympics bid. The 2019 UCL final elevates the stadium on a global scale. Capacity: 67,829. 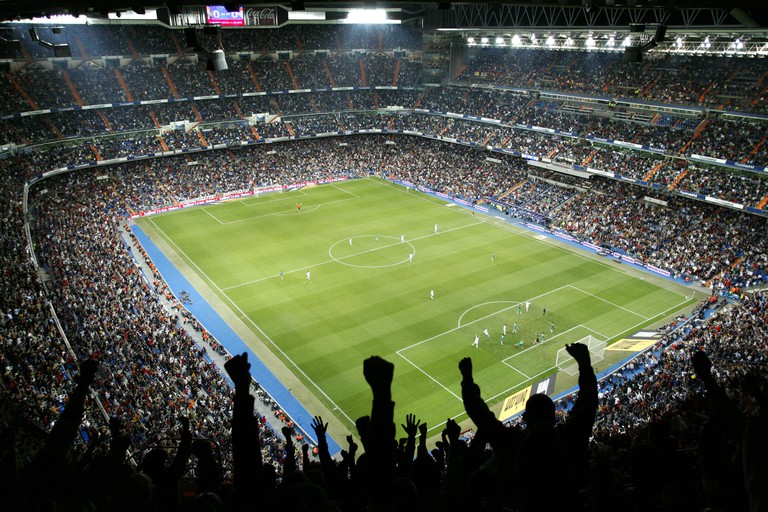 The Estadio Santiago Bernabéu holds over 80,000 spectators | © Martin Thomas Photography / Alamy Stock Photo
The Estadio Santiago Bernabéu (better known simply as the Bernabéu) is the home of Real Madrid and has seen some of the best players in the world strut their stuff to great success. For seasons the philosophy of the club has been to buy the best, and most expensive, players in the world. Real have earned the nickname of Galácticos, and in turn become the most successful team of recent times – although arch-rivals FC Barcelona would likely argue with that. Fans can take a tour of the stadium, which is one of the best around as it allows access to the dugout, changing rooms and vast trophy room. The stadium has hosted the UCL final and its forerunner the European Cup final on four separate occasions. Capacity: 81,044.
Open In Google Maps
Santiago Bernabeu, Av. de Concha Espina, 1, Madrid, Spain
+34913984300
Give us feedback 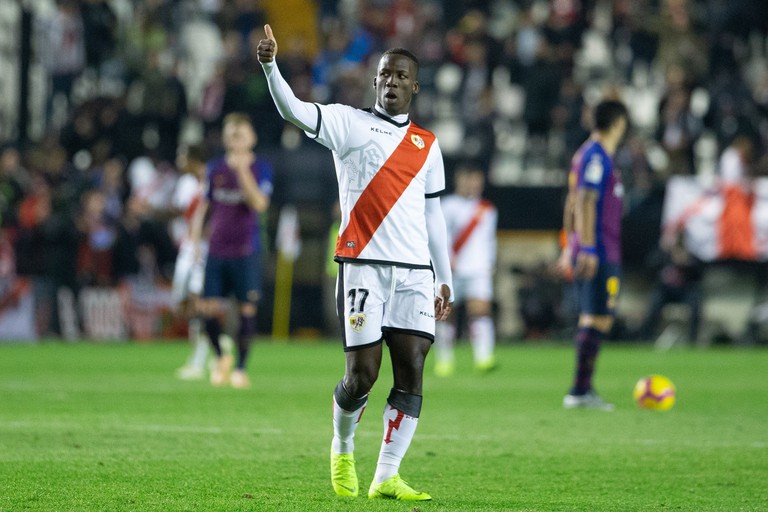 If you’re looking for something a little different, a trip to the district of Puente de Vallecas is highly recommended. Rayo Vallecano might be in the shadow of their more famous neighbours but the club has a charm the others can’t match. Rayo are known to bounce between the Primera and Segunda divisions, but in past seasons the likes of Lionel Messi and Cristiano Ronaldo have lit up the stadium. Capacity: 14,505.

Where to watch the game without a ticket 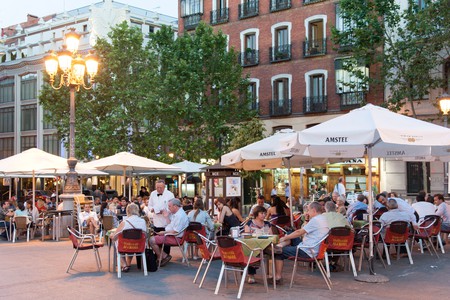 With the incredible success of the two Madrid-based teams in the top division and Real’s dominance of the UCL in recent times, fans have become accustomed to watching important games in communal spaces. If you don’t have tickets to the big games, these are an excellent way to watch matches with other supporters.

Plaza de Colón has hosted fans for domestic games and even been the place where supporters have watched the national team win trophies. Close by, the Avenida de Felipe II also offers outdoor “fan zones” where you can soak up the atmosphere of the big games.

By far the most common way to watch games is in a bar, which is a relaxed environment where fans can mingle with one another.

Pub, Irish, Pub Grub, European, $$$
Facebook
Email
Twitter
Pinterest
Copy link
Share
Map View
Located beside Plaza de Cibeles, The James Joyce Irish Pub offers a friendly atmosphere. The cuisine is a combination of the best that both Ireland and Spain have to offer. To add to the fun, there is often live music and sport is shown on several large screens. Most Irish pubs in Madrid will have the games on with English commentary.
Open In Google Maps
59 Calle de Alcalá, Madrid, Comunidad de Madrid, 28014, Spain
+34915754901
Visit Website
Give us feedback
Give us feedback