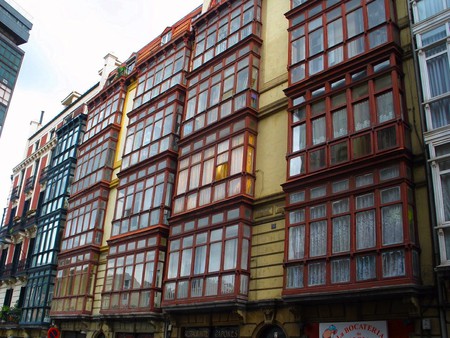 Bilbao, a former industrial hub has seen a dramatic cultural rejuvenation of its art and food, with the Basque city rapidly matching Spain’s other regions’ excellent gastronomic reputation. Here are 10 of Bilbao’s best restaurants to get a taste of the city’s culture. 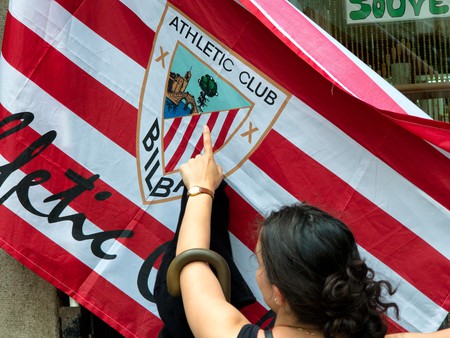 A regular contender on any list of the Basque Country’s best restaurants, Zortziko very much deserves its Michelin star as well as its stellar reputation. A firm favorite with international foodies, it is run by renowned Basque chef Daniel García, who brings his delicate modern touch to many familiar Basque and international dishes. You can book from a choice of dining-rooms, from a bright, contemporary style to a more traditional elegance, although the bodega in the basement is prime choice. Nestled among fine vintages and centuries-old brick, the wine cellar is the most atmospheric of locations to enjoy an aperitif or two and sample the culinary delights on offer. Although the menu changes constantly, past highlights have included roasted garlic squid with black rice, foie gras terrine and guinea hen in truffle sauce. Booking in advance is highly recommended.

Situated in the historic Casco Viejo or Old Quarter in the heart of Bilbao, the Restaurante Mandoya has been serving traditional Basque cuisine for more than 55 years. As much a part of the city’s history as the medieval streets surrounding it, this popular venue is well-established on Bilbao’s restaurant scene and a big favorite with locals. Mandoya sources its fish daily from the nearby ports of Lekeitio and Bermeo, and purchases its meat and vegetables from the region in order to produce some of the most authentic Basque cooking you could ask for. Of particular excellence are the seafood dishes, which include sizeable lobsters straight from the restaurant’s in-house tank, giant clams and chargrilled monkfish. Other Basque treats include the warming alubiada, a typical stew of beans, chorizo, Ibérico ham and black pudding which will definitely put to shame any stew you have eaten before. 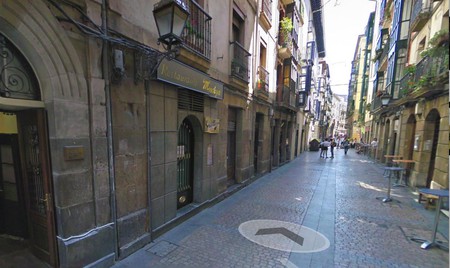 If you’re after something a little different, Casa Rufo provides the unexpectedly fantastic experience of dining in a delicatessen-inspired labyrinth. Over a hundred years old, this apparently unassuming, family-run establishment is an intimate network of hidden rooms and secret corners, its corridors lined with all sorts of delicious Basque groceries including vegetables, olive-oils, cured hams and preserves. Feel free to investigate the Spanish produce and interesting knick-knacks displayed throughout the rooms. The owners are widely renowned as welcoming, enthusiastic and ever-happy to recommend their favorite dishes. Casa Rufo boasts a charming, comfortable atmosphere serving excellent, if simple and traditional Basque food and regional wines. It is celebrated in particular for its txuleton (rib-eye) steaks which the chefs, as do the Spanish in general, sure know how to cook. 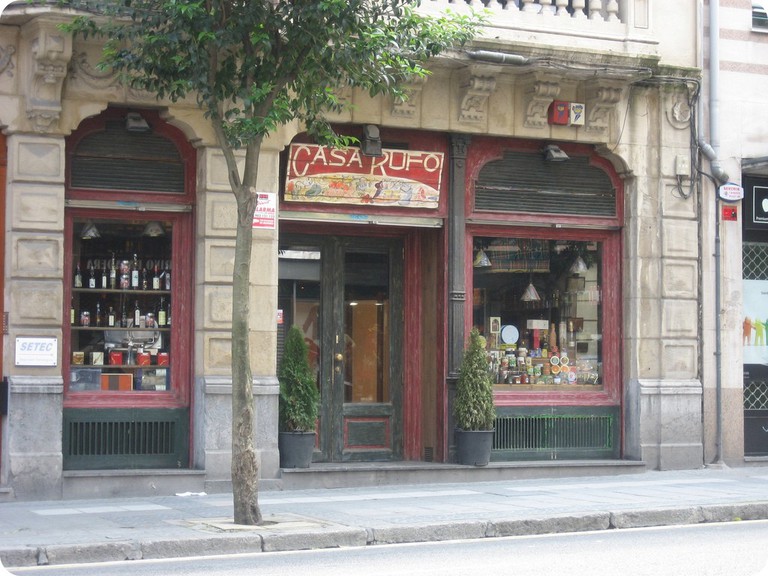 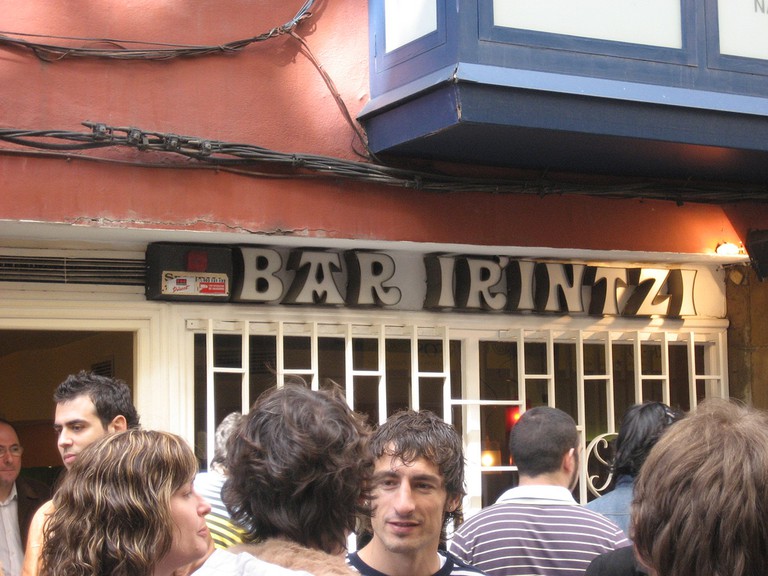 Describing itself as a ‘pintxo tavern’, the Irrintzi bar offers a bustling atmosphere and an exciting glimpse of Bilbao’s younger, artistic scene. Situated on one of the Old Town’s main streets, this sociable bar-restaurant offers more than the small tapas you might get further south. Basque pintxos are arguably the best in Spain, usually consisting of a generous portion of food speared on a substantial toothpick. Ingredients of which vary from region to region, but in Bilbao might include cod, hake, stuffed peppers and croquettes with bread. Irrintzi’s pintxos can only be described as miniature works of art, including both traditional and original creations. Pintxos being a communal food, it is only natural that Irrintzi is one of the most sociable, eclectic little snack bars around.

Restaurante Arbolagaña offers what is undoubtedly one of the best views in Bilbao. Perched on the top floor of the Museo de Bellas Artes this stylish modern space overlooks the Doña Casilda Park, a little haven of calm in a busy city. The restaurant’s chef Aitor Basabe is a fervent adherent of the ‘Slow Food’ Association, a group founded in 1989 to stem the tide of fast-food infiltrating our towns, preserving threatened local cuisines and promoting an awareness of the origins and implications of the food we eat. Needless to say, the food at the Arbolagaña is always thoughtfully selected and expertly crafted. Innovation without artificiality is the order of the day here, along with very reasonable prices for the exceptional quality of the food. 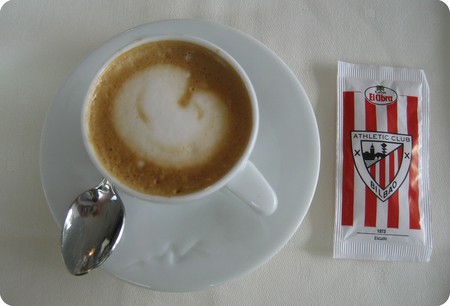 A place to see and be seen, Café Iruña is another much-loved local institution. Situated opposite the popular park Los Jardines de Albia, it is renowned for its stunning Moorish-inspired interior. With its richly patterned ceilings, colorful tiled floors and vibrant, rustic murals, the main dining room which overlooks the square beneath makes for a beautiful setting in which to enjoy a meal. Established in 1903, it has been a favorite hangout of native Basques as well as international tourists for over a century and is considered a vital part of the cultural heritage of the city. Specialities include typical Basque dishes and pintxos. 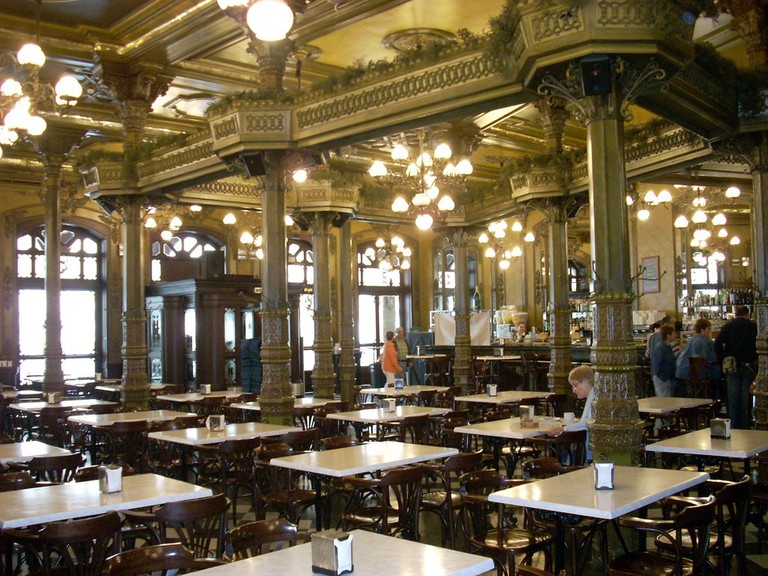 Another historical pintxo bar, Restaurante Víctor Montes holds one of the most enviable situations (and reputations) in Bilbao, positioned right on the Plaza Nueva in the old quarter. Built way back in 1849, over the years Víctor Montes has numbered artists, film stars and statesmen among its clients. Settled sleepily underneath the stone arches on the terrace or seated inside the bar mingling with its buzzing clientele, you can enjoy and even take home a variety of excellent Iberian snacks from the lavish deli counter inside. It was in this historic cafe that Bilbao’s Guggenheim project was sealed, which important event is still recorded in marker on the cafe wall. With views over the monumental square where the Ribera Market once stood, this high-class bar is the perfect choice for a lazy late breakfast on a glorious day.

In the heart of Bilbao’s unrivalled centerpiece, the world-famous Guggenheim art museum of Frank Gehry, we find one of the city’s finest haute cuisine establishments. The ultra-modern Nerua restaurant, not to be confused with the Bistro Guggenheim, is captained by talented young chef Josean Alija and located right next to Richard Serra’s colossal piece The Matter of Time. The venue prides itself on its innovative gastronomic creations and makes a pronounced effort to lead its diners through every stage of their culinary quest. In 2011 it received a well-deserved Michelin star and most recently the restaurant has been included in the World’s 100 Best Restaurants by the prestigious magazine Restaurant. The space is entirely minimalist, bare and neutral, with focus aimed at the color and texture of each new dish. Standing in stark contrast to the traditional pintxos and cider taverns so characteristic of the Basque Country, this revolutionary enterprise is helping to cement the city as an international center for outstanding food.

Guria is another of the city’s traditional restaurants with deep roots in the earth of the Basque Country. Created by the late Jenaro Pildain in 1948 who hailed from the tiny village of Arakaldo, the restaurant was initially located in the Old Quarter. However, it was forced by flooding to move to its current, prime location on Bilbao’s Gran Vía where it now exudes an easy elegance. Historically serving simple country fare, the restaurant has embraced contemporary trends in Basque cooking while remaining true to its roots, utilizing local, seasonal products and time-honored recipes. It specializes in affordable alubias, soups, seafood and meats. Particularly of note are the hake, squid and cod dishes, cooked in a variety of Basque styles.

Opened in 1999, this is one of the more recent venues as far as Bilbaíno taverns go, but stands out by its reputation as a traditional ‘sidrería.’ These are essentially special bars found throughout Northern Spain serving Basque cider along with regional foods, cider in Basque tradition being considered a vital constituent of food. Asador Arriaga, located in the unique atmosphere of the Old Quarter, opened with the intention to bring provincially-produced Basque cider to the large cities. Standard sidrería fare usually consists of cod and peppers or omelette, followed by steak, before finishing with Idiazábal cheese, quince and nuts. Drop by for an authentic taste of the Basque lifestyle. 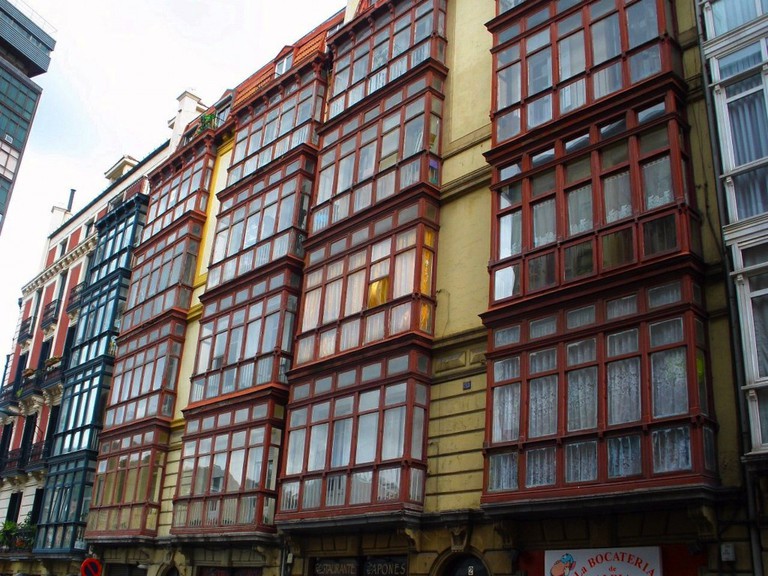