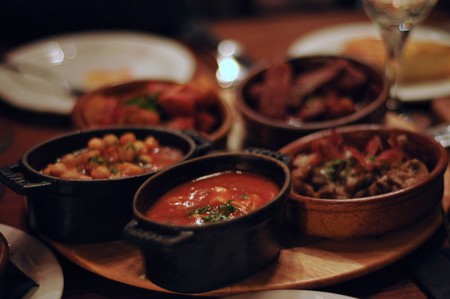 One of the most charming neighbourhoods of Barcelona, El Born is famous for its stunning architecture, bohemian atmosphere and lively nightlife. Here’s how to spend a day eating and drinking in this most unique barrio.

They say breakfast is the most important meal of the day, and here in Barcelona, the almuerzo – technically the second breakfast or mid-morning snack – is something best done in a local cafeteria. El Casal is a family-run business that serves a respectable selection of hearty traditional breakfast sandwiches, including tortilla de patatas, Manchego cheese and jamón Iberico. This isn’t a glamorous affair – it’s meant to fill the stomach and revive the spirits to keep you going until lunch in the afternoon – but its friendliness and charm more than make up for it. 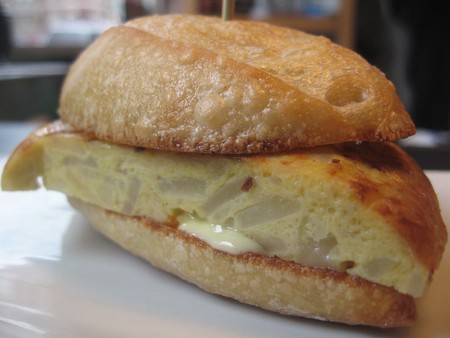 This is the perfect time to head over to Santa Caterina market, one of Barcelona’s main fresh-food markets, and a whole deal less crowded than the nearby La Boquería. Local traders sell meat, fresh fish, seasonal vegetables and a range of Catalan and Spanish ingredients such as premium Arbequina olive oil, saffron, and smoked paprika. Do the locals a favour and avoid buying fruit salads and smoothies, as this encourages traders to cater to tourists, many of whom would rather buy something to be eaten on the go rather than ingredients to cook at home. 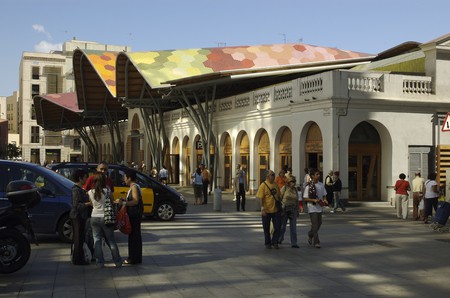 Tapas or a menú?

Lunch is a serious meal here in Spain, where most workers get a two-hour break to eat their midday meal. During the week, look for a good menú del día for an affordable but copious option. El Nou Celler on Carrer Princesa serves traditional Catalan cuisine in a charming old building and has both a weekday and weekend menu, the latter being more expensive. Not too far away, Joanet is another popular eatery, offering a great value for money weekday menu at just €11 for three courses. 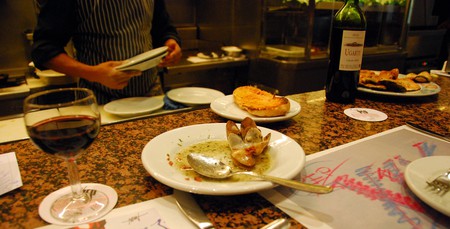 Tapas at the bar | © Robert Young

While there are many worthy tapas bars in El Born, there are also a number of less recommendable venues, so it’s worth getting a recommendation or doing a little research. The Bar del Pla is one of the best tapas restaurants in Barcelona and you’ll struggle to get a table if you don’t book or turn up early. They serve a variety of contemporary tapas inspired by traditional Catalan ingredients and flavours. Set de Born, located just opposite the Basilica Santa Maria del Mar, is another great tapas bar, where they serve an ample selection of local cheeses and cured meats. Slightly more expensive, Cal Pep has long been serving tapas in the city and, despite having lately attracted more tourists than locals, it’s still worth trying at least once.

La Cometa del Pla is a relatively new addition to El Born’s restaurant scene, but is fast making a name for itself as it ticks all the right boxes for Barcelona’s hottest gastronomic trends: vegetarian heavy menu (tick), organic wines (tick) and local ingredients (tick). Lastly, Elsa y Fred has long been a favourite, serving contemporary Spanish and international tapas in a cozy atmosphere reminiscent of a French bistro. 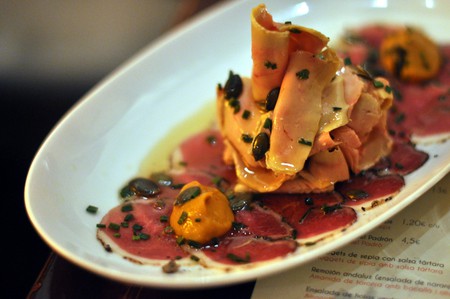 Come the evening, the atmosphere in El Born changes as the shops begin to close and the bars come to life. The Passeig del Born is the epicentre of the the neighbourhood’s nightlife, with all the roads running off it equally busy. El Born Bar has the appearance of a cozy café and during the day it’s full of locals reading the paper, but at night it transforms into a lively cocktail bar serving reasonably priced drinks. 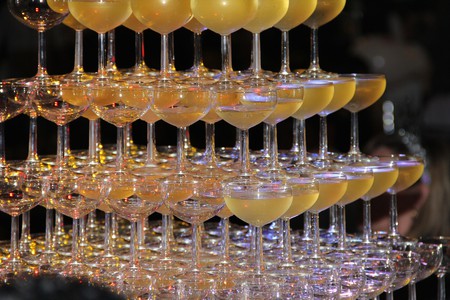 You don't need much of an excuse to celebrate | © Clemens Vasters

If you’re in a festive mood and fancy some bubbles, head to El Xampanyet for some cheap but very cheerful Cava, the Spanish sparkling wine. You have to order a platter of cheese or meat in order to be able to get a drink – it’s a question of licensing – but the drinks are great value at around €2 for a glass. It isn’t the finest Cava, but great if you’re on a budget.

On the other hand if you want to drink something a little more refined, El Born is home to one of Barcelona’s most well-regarded wine bars: Bar Brutal. They specialise in natural wines – no sulphites or chemical treating of vines or wine – and have a wide selection of wines from Spain, France and a small selection of other countries. Not far from there, L’Anima del Vi is a smaller but equally wonderful French-run wine bar that always has a good handful of bottles open on the counter. 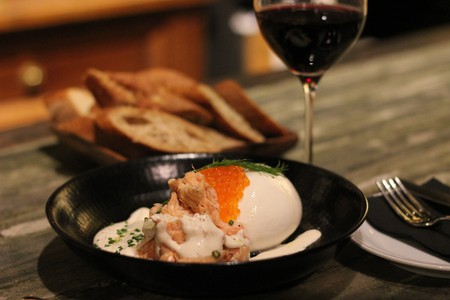 If you get peckish in the small hours of the night, venture to Pastrami Bar for a mouth-wateringly well-loaded pastrami sandwich. The kitchen is run by the guys from Rooftop Smokehouse, a successful Barcelona street-food outfit. And if you’re in the mood for a nightcap, have a word with the suspicious-looking guy loitering by the door and he’ll no doubt let you in to the speakeasy cocktail bar in the back.