On November 16th, Gaudí’s Casa Vicens is opening to the public for the first time as a newly renovated museum and cultural space that masterfully combines the home’s more modern parts with some carefully restored details from the original 1883 plan.

Gaudí is often referred to as ‘the architect of Barcelona’, ‘the mastermind’ behind the Sagrada Família, and ‘the father of Catalan Modernisme’. His houses, churches, and civic buildings have been preserved all over Catalonia as UNESCO World Heritage sites and museums, and they welcome millions of visitors from across the globe every year. 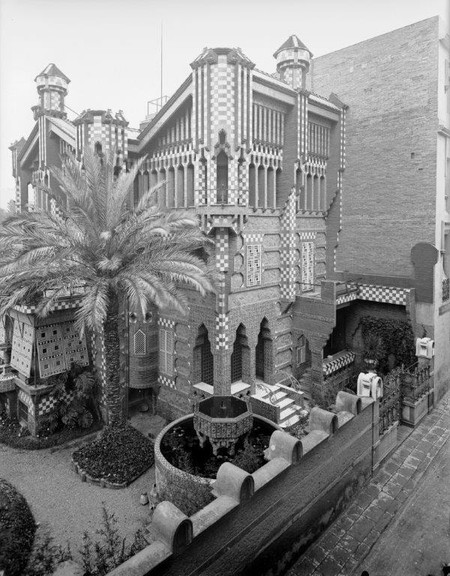 Gaudí graduated from Barcelona’s Provincial School of Architecture in 1878 and was already working on small design projects for the city of Barcelona when the wealthy stockbroker Manuel Vicens i Montaner approached him to build what would be his first home design. In 1883 Gaudí began his work on Casa Vicens in the small neighborhood of Vila de Gràcia, a once-independent area that had recently been absorbed by Barcelona. Vila de Gràcia was still relatively quiet, however, and offered the perfect views for Vicens i Montaner’s summer home. 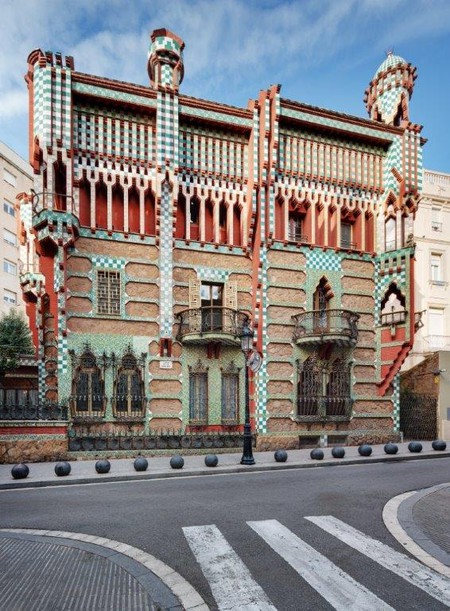 Just five years out of school, Gaudí was going through what scholars refer to as his ‘Orientalist period’, and none of his works exhibit these Eastern and Islamic influences more than Casa Vicens. The home was completed in 1885 with a large garden, three facades, and an incredibly unique design that would be expanded upon in 1925 by architect Juan Sierra de Martínez. At this time, Martínez doubled the size of the home and added a fourth façade, all the while staying true to Gaudí’s original vision for the residence. 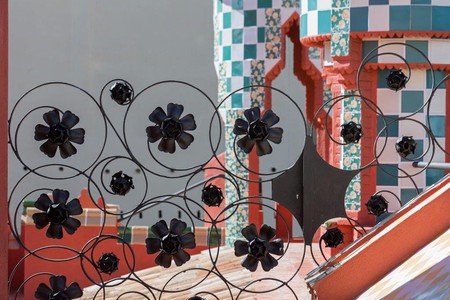 Until 2014, the home was owned by the Jover family, and was only opened to the neighborhood for Santa Rita, a celebration famous within the local community. Other than that, the doors of Casa Vicens were kept closed and the house remained a private refuge. Now, over 130 years after its construction, the home has been reborn—but this is not your average museum. 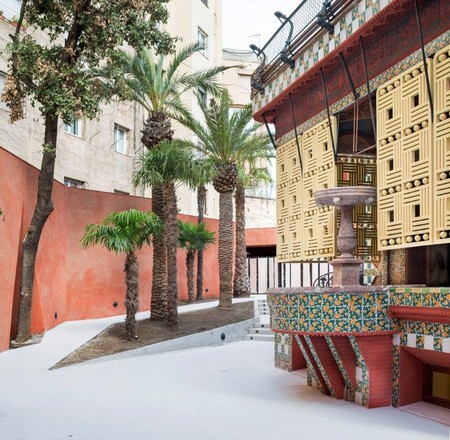 The exterior of the house | © Pol Viladoms

One half of the house, originally designed by Gaudí in 1883, has been restored and made to look as it did when it was first built over a century ago. The second half, which was added by Sierra de Martínez when Gaudí was otherwise occupied with the Sagrada Família, has been modernized and now includes multiple exhibition spaces, a grand central stairwell that connects the many levels (and roof) of the museum, and an elevator, as well as a store and restrooms—all the while connecting and intertwining with the “original” half. 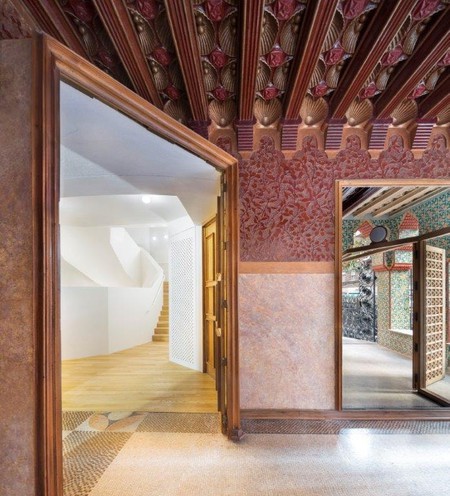 The two halves of the house meet | © Pol Viladoms

This incredibly unique home has been expertly converted into an equally unique museum. The façade has been perfectly maintained and demonstrates very clearly the influence of Eastern and Islamic art and architecture in the artist’s early works. As visitors move into the house for the first time, those familiar with Gaudí will be struck not only by the genius of his floor plans, but also by the fact that, even this early on in his career, he had already mastered the manipulation of natural light. 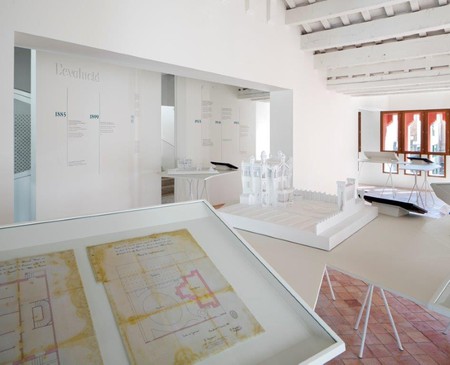 Visitors move vertically upward through the home and are pushed and pulled through time; ascending a modern staircase only to land in a 19th-century bedroom, leaving the women’s parlour and finding themselves in a gorgeous exhibition space full of 21st-century technology.

In the era of smartphones, the directors of this project have perfectly understood how to deliver an astounding amount of information about Gaudí, architecture, and centuries-old Barcelona in one aesthetically pleasing and fun-to-peruse package.

Casa Vicens may be open to the public for the first time, but its innovative museum design and effortless blending of historical periods have ensured that it will be a popular tourist attraction for years to come. 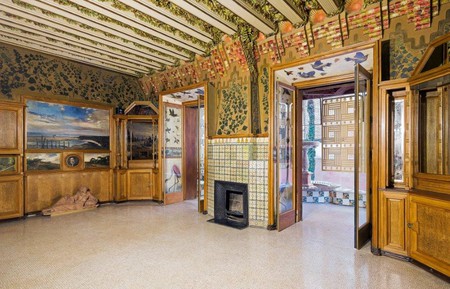 The interior of Casa Vicens | © Pol Viladoms
Give us feedback