A Fashion Lover's Guide to Seville 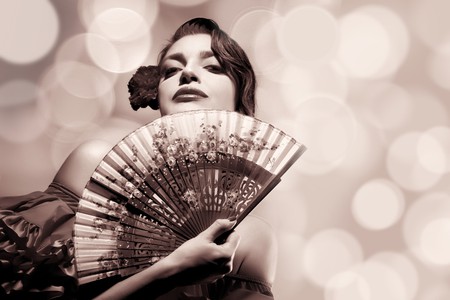 Seville has a reputation throughout Spain as being (or at least regarding itself as) much more pijo, or posh, than other Andalusian cities. This extends to Sevillanos too, who are said to be more expensively and fussily attired than anyone else in southern Spain. Though, of course, this is a generalisation, Seville has some great fashion hotspots you won’t want to miss.

Regardless of the stereotype, it’s broadly-speaking true that sartorial tastes in the Andalusian capital tend towards the classically smart rather more so than elsewhere in the region – especially in Granada, whose locals are known for a more bohemian look. And while the general preference in Seville is for a fairly conservative style, that doesn’t mean that the city lacks an exciting and inventive fashion scene. 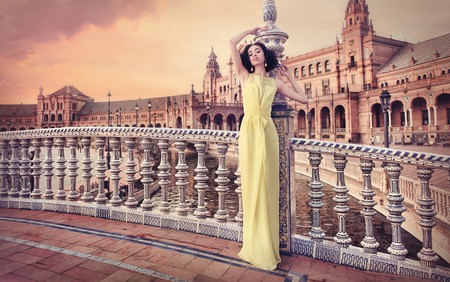 Though their construction was a controversial and lengthy process (largely owing to the discovery of Roman remains on Plaza Encarnación), the distinctive monument known in Seville as “Las Setas“, or “The Mushrooms” has been a positive thing for the city. Not only have these enormous wooden structures transformed what was previously a neglected square into one of Seville’s most popular spaces, they also spawned a smart shopping area nearby called Soho Benita. Five streets that nestle under the shadow of The Mushrooms, between the distinctively-shaped monuments and Plaza Alfalfa, have become known as one of the coolest places to shop in the city. Isadora, for example, sells attire and accessories by emerging Spanish designers, while La Importadora is an art gallery as well as a specialist in vintage-style clothing and shoes.

If shoes are your thing, though, three streets in the centre of Seville are unmissable. Leading off the spacious square overlooked by the city’s stately town hall building, Calles Tetuan, Velazquez and Sierpes are likely to prove a credit card-maxing experience for shoe lovers. These streets are lined with the classiest outlets in town and provide every conceivable kind of footwear. On Calle Velazquez, for example, is Antonio Ortiz, where you can boggle at the craziest contemporary shoe designs. 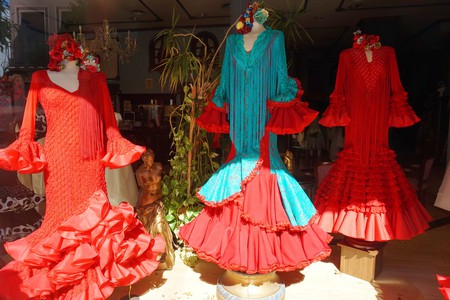 Seville’s footwear heaven is located right next door to Plaza Nueva – one of the city’s loveliest open spaces and home to its smartest fashion stores. The main outlet of Victorio & Lucchino, Seville’s best-known designers, is here, as are high-end retailers Carolina Herrerra, Loewe and Toscana. For both men and women, this is the heart of fashionable, pijo Seville – a cluster of designer outlets that would struggle for business in a less wealthy environment.

As you would expect for a city so steeped in flamenco culture, Seville’s fashion scene is heavily influenced by the gyspsy art form. At no time is this more colourfully obvious than during the city’s massive April Fair, Andalusia’s most exclusive annual celebration. During this week-long extravaganza, Sevillanos – especially the women – spectacularly live up to their reputation for wearing the finest attire: women wear stunning flamenco dresses, or “gypsy dresses”, which are painstakingly handmade in the city’s countless flamenco clothing stores. For men, an understated and elegant uniform of chinos, crisp white shirts, blue blazers and ties dominates. It is, undoubtedly, one of the best-dressed parties in southern Spain. 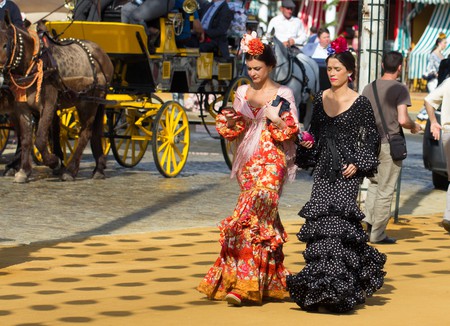 There is also the city’s “We Love Flamenco” festival. This takes place in January at the seriously upmarket Alfonso XIII hotel and celebrates the most contemporary flamenco-inspired designs. Seville’s Fashion Weekend, usually held in September, completes the annual line-up of shows in the Andalusian capital – a city that is as defined by sartorial elegance as much as it is by tapas and flamenco.