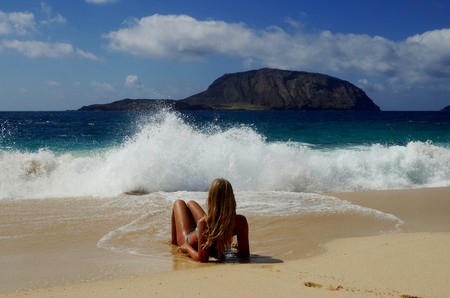 The Canary Islands consist of seven islands; however, there is another small archipelago inside this unique set — a beautiful collection near Lanzarote called Chinijo Archipelago, consisting of three islets and of one island: La Graciosa. Chinijo means ‘small’ in the Canarian dialect; La Graciosa is inhabited by some 650 people. 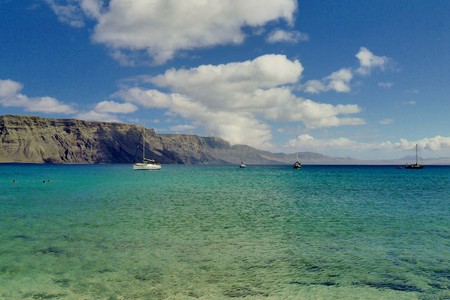 The largest part of the Chinijo Archipelago, La Graciosa has two towns: La Caleta del Sebo (the capital) and Pedro Barba, where much of the population of the island is concentrated. The rest of La Graciosa is part of Spain’s State Assets; the three islets of the archipelago are known as the Fully Protected Nature Reserve of Los Islotes, conserving some exceptional ecosystems in the zone. This mini-archipelago has been protected since 1986 and was claimed as essential for the peaceful nesting of birds in 1994.

The cold waters, proximity to the African coast, and relatively shallow continental plate make the zone rich in underwater life, which has helped the locals to survive for centuries. The sea bottom is filled with rocks, caves, crevices, and tunnels where vegetal species are plentiful and spread into fields of sebadales (seagrass). This archipelago constitutes one of the biggest aquatic reserves in the entire European Union, with almost 700 km² of singular sea life, like gilt-head bream, sea bass, and Canarian lobster. Some spots have lost a good amount of seaweed because of the strong collection of sea urchins. In addition, this space is of great interest to paleontologists because of the existence of many fossils.

La Graciosa was colonized around 1402, many years before the main islands. The only way to get to the island is by taking a ferry from Órzola, Lanzarote. The economy of La Graciosa is based on fishing and tourism. With only two cities, the island was without electricity until 1985 and without drinking water until 1990. Locals still tell stories about how they had to collect rain water or go to Risco de Famara (on Lanzarote) to find natural springs in the reefs.

The most memorable views of La Graciosa from Lanzarote are in El Mirador del Río (a unique installation designed by César Manrique) where the sun, the maritime breeze, the reefs of Famara, and the blue of the ocean between La Graciosa and Lanzarote (called El Río) provide an unforgettable, aesthetic experience. 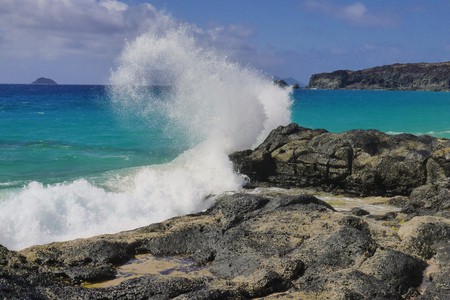 Due to the environmental conscientiousness of locals in the area, there is no pavement on roads on the island. Locals have decided to avoid cars, instead using bicycles in order to maintain a close relationship with the nature. There are some all-terrain taxis and bicycles to rent when moving around on the island. Aside from that, there are organized diving courses on the island where discovering the reef of the ocean is as easy as experiencing a placid moment by the beach. 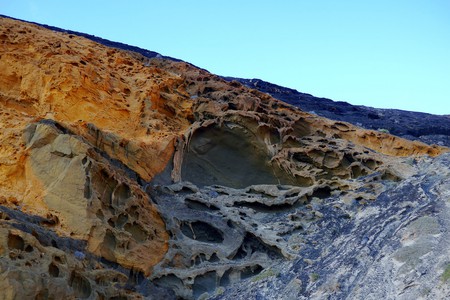 The beach of Las Conchas, in the north, is a good place to visit for a relaxing moment, just five kilometers from La Caleta del Sebo. This beach is a paradisiacal, dreamy site where the sand and water create an incredible vision of the turquoise ocean with the islet Montaña Clara on the horizon. La Lambra and La Playa Francesa are other places at which to enjoy the turquoise water and the white sand. However, the most unbelievable place on La Graciosa is located by the beach of La Cocina; this privileged spot hosts a mountain (Montaña Amarilla) where multiple shades of yellow get mixed with an entire spectrum of brown and ochre. When the sunlight covers the mountain, this unusual landmark appears as if it is made out of gold. 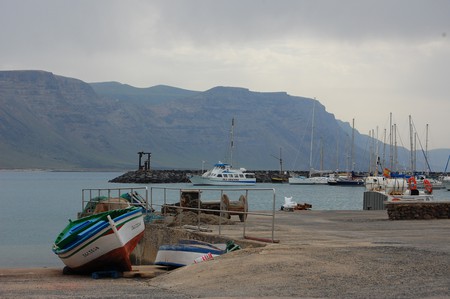 La Graciosa is the eighth placid island of the Canary Islands, where the only requirement is the enjoyment nature and the beauty of silence along the unpaved, sandy roads. This precious preserve of life’s diversity allows visitors to connect with peaceful silence and beauty. If you’re looking for a tranquil day trip while on Lanzarote, La Graciosa is definitely a good choice.
By Rubén García Ramos.