EUROPE
/
SPAIN
/
RONDA
/
Things to Do

A Budget Traveller's Guide to Ronda 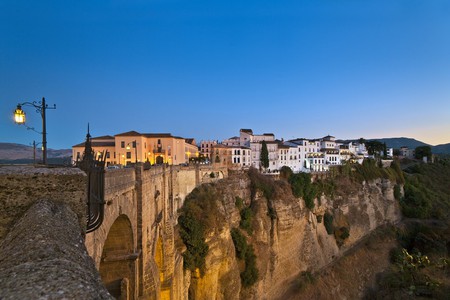 There is plenty on offer for the budget traveller in Ronda, including its breathtaking ‘New Bridge’ to an abundance of excellent and inexpensive tapas bars and hotels. Read on for our budget traveller’s guide to this spectacular Andalusian town.

The main reason why Ronda is the third most-visited town in southern Spain is its majestic Puente Nuevo (‘New Bridge’), which was completed in 1793 after forty years of construction. It won’t cost you a cent to stand in the middle of this mighty structure and gaze down into the 120 metre-deep (394 feet) El Tajo gorge beneath your feet; and it’s only €2.50 ($3) to visit the small cavern in its centre, which was used as a prison during the Spanish Civil War of 1936-39.

Ronda’s jaw-dropping location on either side of the El Tajo gorge, surrounded by the untamed landscape of the Serrania de Ronda, means there are plenty of amazing views to be enjoyed for zero outlay. The best of them are from the Puente Nuevo, from the balconies in the Alameda del Tajo park and from those along the Paseo de E Hemingway: these jut out precariously over the cliff edge and offer an unforgettable perspective on the mountains of the nearby Sierra de Grazalema National Park. 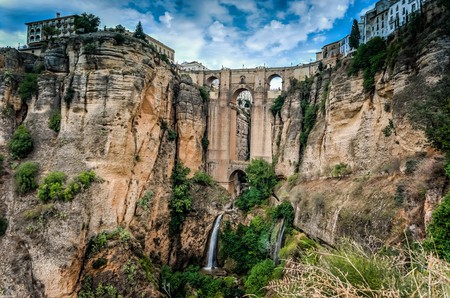 You don’t need a cent to your name to explore the natural beauty by which Ronda is surrounded. Stroll through the spectacular Jardines de Cuenca, which cascade down the eastern side of the gorge as far as the 17th-century Puente Viejo (‘Old Bridge’); or for a longer outing (allow an hour an a half for the round trip), head to Plaza de Maria Auxiliadora in the old Moorish part of town. From here, a pathway takes you down to the riverbed at the bottom of El Tajo, where you can enjoy a neck-craning view of the Puente Nuevo from beneath.

It’s easy to eat well and cheaply in Ronda. Avoid the touristy establishments on the Plaza de España and head to backstreets of the ‘new’ part of town known as El Mercadillo (‘The Little Market’). Here, you’ll find an abundance of bars and restaurants offering tapas for between €2-3 ($2.50-$3.60) a plate and Menus del Días for around €10 ($12). You’ll find your own local within no time, but a couple of gems that never disappoint are El Lechugita and La Alacena. 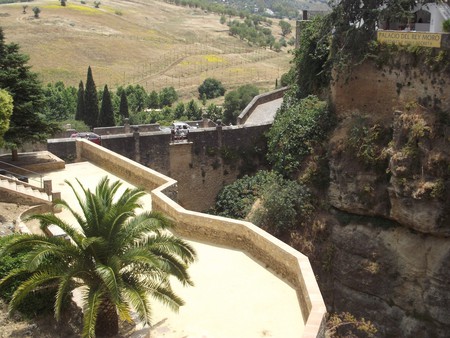 It costs just €3.75 ($4.60) to visit Ronda’s Museo del Bandolero (‘Bandits Museum’), the only museum of its kind in Spain. This fascinating museum takes a look at the history of banditry in the countryside around Ronda, especially throughout the 19th century, when wealthy visitors were almost always robbed on their way into town. Bandits were such a menace at this time that in 1844 the Spanish government founded the Guardia Civil to try and stamp them out; but Ronda’s lawless gunslingers were still active as late as the 1930s.

Ronda is steeped in bullfighting: indeed, it was here in the early 18th century that local bullfighter Francisco Romero faced bulls on foot for the first time (previously, toreros had performed on horseback), thus creating bullfighting as we know it today. For just €7 ($8.60), you can visit the town’s beautiful 18th-century bullring – one of the finest such structures in Spain – and the superb bullfighting museum within, where you’ll learn all about Ronda’s role in the history of the Spanish bullfight. 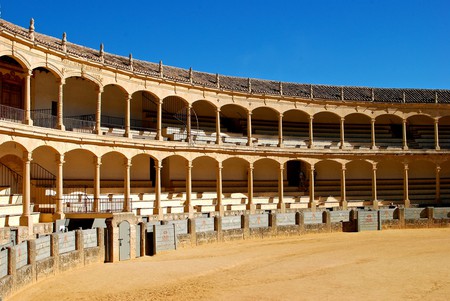 Budget travellers will have no trouble finding inexpensive accommodation in the centre of Ronda: the streets around Plaza de España and those in the old Moorish quarter abound with one and two star pensions that offer competitively-priced accommodation. Hotel Royal and Hostal Ronda Sol are safe bets: they’re clean, comfortable and centrally located, with friendly staff that will offer you personal recommendations for sightseeing.