A Brief Introduction to the Raval Revival 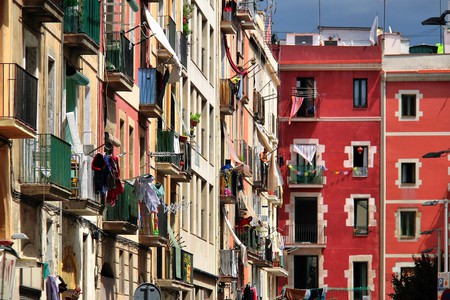 Thirty years ago even the hardiest of locals would think twice before stepping thought into Barcelona‘s El Raval neighbourhood, located to the south of Las Ramblas. Today, the area is a vibrant melting pot, home to everything from craft breweries to cutting-edge cultural institutions.

The name ‘Raval’ is said to come from the Hispanic-Arabic arrabáḍ, which referred to the assembly of makeshift housing that popped up on the outskirts of the city, usually home to the poor and the marginalised. During the Middle Ages, at the time when Barcelona was still a fortified city with a guarded wall surrounding it, the limits of the walled city ran parallel to the boulevard currently known as Las Ramblas. Indeed the famous Boqueria market is located in the Raval because traders were exempt from paying import tax on their produce if they sold it outside of the walls of the city. 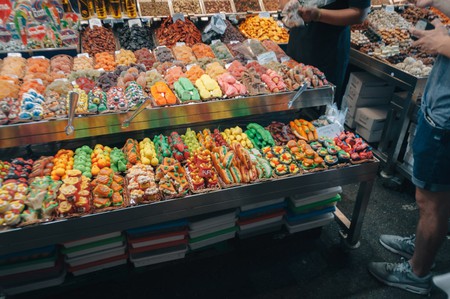 By the 19th century, the Raval had evolved and was officially recognised as one of Barcelona’s neighbourhoods. However the area continued to house some of the city’s poorest residents, many of whom worked at the nearby port of Barcelona. The Raval became famous for problems of crime and prostitution, but also for having a lively nightlife and even an artistic scene. Some of the most famous cabarets and music halls of Barcelona opened their doors in the area and the nearby Poble-Sec neighbourhood.

The ‘Chinatown’ of Barcelona

Until recently, many of Barcelona’s residents referred to El Raval as the Barrio Chino, or ‘Chinese neighbourhood’, a nickname it earned in the 1920s. It was the Spanish journalist Francesc Madrid who coined the term after having watched a documentary about the problems of San Francisco’s Chinatown and drew a parallel with Barcelona’s most infamous neighbourhood. 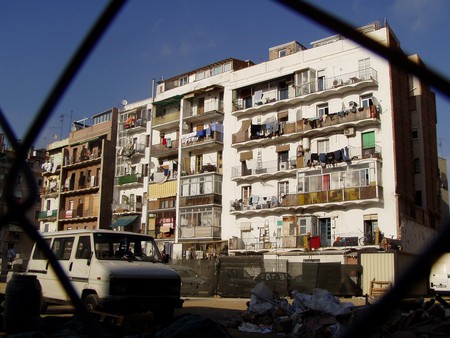 The neighbourhood remained a mostly working-class neighbourhood throughout the Civil War, and by the 1960s there was also a large population of migrants from Spain’s southern, poorer regions. By the 1970s, an estimated 23% of Barcelona’s population was made of migrants from Spain, many of who moved in to the Raval, where whole families would live in one-room apartments that shared a toilet and tap per building.

The 1970s marked another turning point for the Raval, with the arrival of heroin, and the widespread problems of criminality, disease and mortality that came with it. The neighbourhood witnessed not only an increase in crime but a shift towards more violent crime, which only exacerbated the area’s status as a dangerous area for both locals and tourists.

By the 1980s, it was obvious that Barcelona had a problem, and one that sat right on the doorstep of its most famous landmarks. Another compounding factor in the sense of urgency to resolve the situation in El Raval came in 1986, when Barcelona won the bid for the 1992 Olympic Games – an event that would prove pivotal for the city’s history. 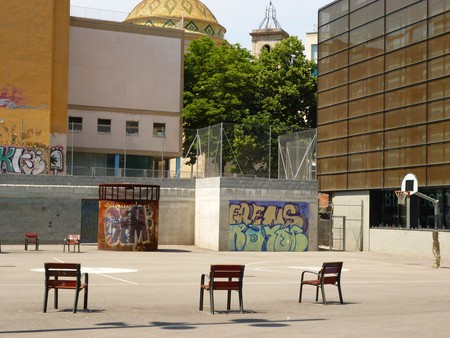 The local authorities decided it was high time to invest in the derelict infrastructure of El Raval, and what followed was a substantial program of urban renewal projects that gave the neighbourhood a new face. Many of the most squalid housing blocks were reformed or new ones built in their place, public spaces were given a face-lift and the most notorious brothels and hostels were shut down.

Another sign that El Raval was taking a new direction was the opening of a university campus there, not far from the historic University of Barcelona campus. A new police station opened on the Carrer Nou de la Rambla, just a few meters away from the – still existing – Bagdad strip joint. Perhaps one of the most striking new additions to the area was the Museum of Contemporary Art (MACBA), which was designed by the architect Richard Meier and which opened its doors in 1995. 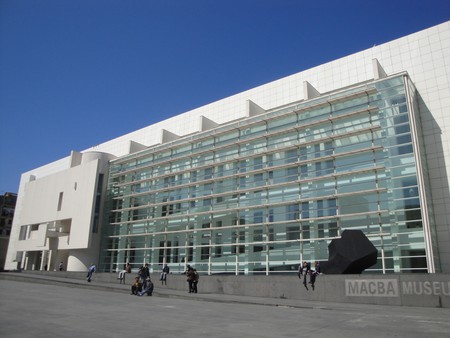 By the early 2000s, the Raval was already showing signs of new life as brothels were turned into student housing and artists made the most of the affordable rents to open their studios there. While the neighbourhood retained a rough edge, it was one that soon became considered rather cool with a section of the younger generations who appreciated the underground feel. Today this continues to be the case, and the bars that line the sides of the Carrer Joaquin Costa attract altogether different crowds to the bars of upmarket Eixample – but a crowd nonetheless. 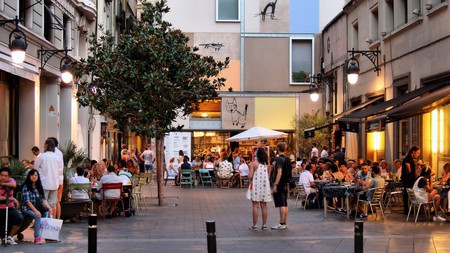 On the other hand, El Raval remains one of the poorest neighbourhoods in Barcelona, and in recent years the Spanish immigrants of years gone by have been replaced by immigrants from further afield, especially Pakistan and Bangladesh. As a result, the character of the neighbourhood has changed once again, and it’s not uncommon to see authentic Asian spice shops side to side with skate shops and hip coffeehouses.

If the neighbourhood still has something of a bad reputation with some of the city’s local residents, this is mostly a lingering memory of days gone by rather than a fair assessment of the Raval today. The neighbourhood is home to a diverse network of cultural communities who have learnt to live together and in so doing have given the Raval a truly unique character.