A Brief Introduction To Països Catalans 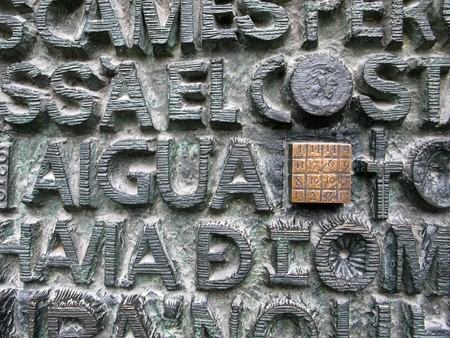 The question of regional struggles for independence is a hot topic in European politics as the European Union appears to be undergoing a profound identity crisis exacerbated by political and economic instability. In Spain, the call for a referendum on Catalan independence continues to be a point of deep contention in everyday politics. Central to some of the discourse on the question of Catalan independence is the concept of the Països Catalans (Catalan Countries).

A convenient starting point for any discussion of the concept of Països Catalans is perhaps the Catalan language itself. Spoken by approximately nine million people worldwide, Catalan is a Romance language, meaning that like Spanish, French, Italian, Romanian and other European languages, it evolved from Vulgar Latin. Despite the common but ill-founded belief that Catalan is merely a dialect of Spanish, it is a language in its own right, and there are similar levels of difference between Spanish and Catalan as there are with Italian or French. It is actually most similar to the regional language known as Occitan or Langue d’Oc, spoken in parts of Southern France, Italy, Monaco and Spain. In fact, these two languages have at times in history been classified as merely different dialects of one same language. The Catalan language is one of the core elements at the heart of the concept of the Països Catalans, and in fact, one interpretation of the concept simply corresponds to the areas in which Catalan is spoken. 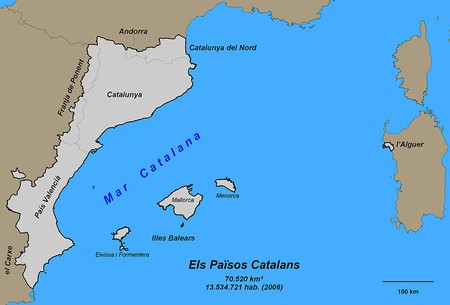 A map of Catalan speaking areas in Europe | © Ramonga93 / WikiCommons

There are two ways in which the concept of Països Catalans is used and understood: one linguistic, one political. When used in a linguistic sense, it is meant to refer to all those areas in which the Catalan language is natively spoken. In this sense, it is a mostly descriptive term deprived of political connotation. Nowadays the Països Catalans refers to the idea of a politically, culturally and socially unified land of shared identity spread across the main Catalan speaking areas of Europe. This identity is believed to hinge on elements such as a shared language (Catalan), customs, history and other such markers typically associated with a national identity. In fact, the political concept of Països Catalans is often used by political movements calling for the political independence of the corresponding area. More than just describing a set of territories in which a common language is spoken, in those cases, the term Països Catalans is used to express a desire for even greater political and social unity among the Catalan-speaking areas. 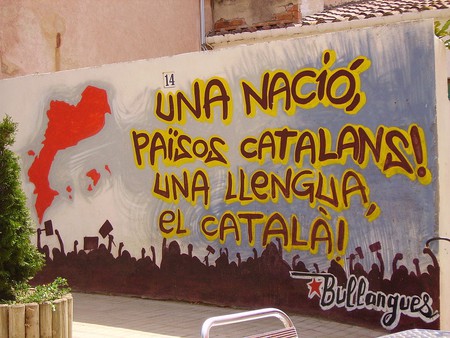 "One nation, the Catalan Countries. One language, Catalan", mural in Vilassar | © 1997 / WikiCommons

The question of regional independence is one that is commonplace in Spain’s political arena, and there are many Spanish regions where local movements and political parties are fighting for greater political independence from the main authorities in Madrid. Yet these calls for regional independence are something that many Spaniards see as a disruptive and destructive force that threatens the broader Spanish identity, and by extension, one of the foundations of social and political stability in the area. Even within regions like Catalonia, there is a strong divide between pro- and anti-independence voters. Because of the controversy surrounding the political usage of the term Països Catalans, many people refrain from using it even in the linguistic sense, as its mere usage has sometimes been considered to entail endorsement of the wider political ambition.

Another facet of the controversy surrounding the idea of Països Catalans is the view held by some that the concept amounts to a hegemonic imposition by the region of Catalonia on the other Catalan-speaking regions. In other words, the view is that through promoting the idea of a unified Catalan country, advocates are undermining the regional cultural identities of the other Catalan-speaking regions, whose own unique history and culture cannot be subsumed under that of the region of Catalonia. This view gave rise to a wave of anti-Catalan sentiment in the 1970s and 80s, especially in the region of Valencia.

Today, the idea of a politically unified Catalan country encompassing the Catalan-speaking territories of Spain, France, Italy and Andorra enjoys little support in the areas of Valencia, the Algharese region of Italy or the Balearic Islands, where the main political parties are staunchly against the notion of overarching unity. However, the notion continues to rally support among certain factions of pro-independence campaigners in Catalonia, and a number of Catalan political parties are to some degree in favor of a greater pan-Catalan unity. The notion of Països Catalans captures something of the historic strive for independence and cultural recognition that has long been at the heart of political and social struggles in the area, and continues to occupy a special place in the hearts and minds of many in the region.