A Brief Introduction To Mariano Fortuny 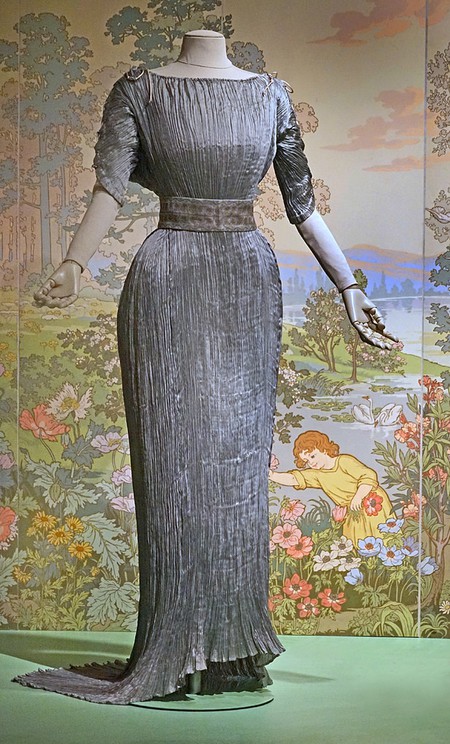 It is perhaps a shame for a city so proud of its artists that Mariano Fortuny y Madrazo (1871-1949) is more associated with Paris and Venice than Granada. In an exhibition of his clothing, textiles and fabrics at Saint Petersburg’s Hermitage Museum last December, for example, this prolific artist and inventor was dubbed ‘The Magician of Venice’. Yet Fortuny – whose ‘Delphos’ dresses remain highly sought-after relics of early 20th century fashion history – was born in Granada in 1871. Just three years later, however, the death of his father prompted Fortuny’s mother to seek a new start in Paris, then the great artistic and intellectual capital of Europe.

Fortuny’s talents for invention and design became apparent during his Paris years, though it wasn’t until he relocated to Venice – another vibrant and sophisticated European hub – in 1889, at the age of 18, that his work began to take flight. Working from a grand fifteenth century palazzo crammed with his inventions and collected artefacts as well as those of his father, he established his name in the early 1900s with a uniquely pleated, Grecian-style dress that has retained its appeal 120 years later. 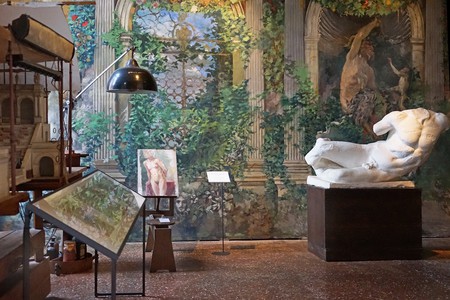 A room in The Fortuny Museum, in the artist’s former studio in Venice, Italy | © Jean-Pierre Dalbera/Flickr

The dress that would define a legacy

Fortuny was aided in the design and realisation of the Delphos dress – of which Marcel Proust was an admirer – by his wife Henriette Negrin, a beautiful dressmaker whom he met in Paris in 1897. The patented hallmark of these dresses were long, handmade pleats weighted by glass beads that held the shape; simple and elegant, they followed closely the contours of the body. Fortuny kept the design and execution of this method a secret and, until fairly recently, no one had managed to replicate its unique pleating. This fashion riddle was solved in the late 1980s by a Venetian architect who subsequently launched Venitia Studium; today, the company has expanded and offers the full range of Fortuny products, including the lamps that have become almost as iconic as the Delphos dresses.

Fortuny was not just obsessed with fabrics and fashion design, famous though his achievements in this field may be. This hyperactive Granadino also developed a fascination with lighting, inspired by a trip to Richard Wagner’s operatic rehearsals in Bayreuth in the early 1890s. His self-imposed task was to create a lamp that that could recreate, onstage, the intimate lighting of a bedroom or a salon. Patented in 1903, the Fortuna Moda lamp, though originally intended for the theatre, has become a hugely popular – and remarkably modern-looking – piece of interior furnishing. 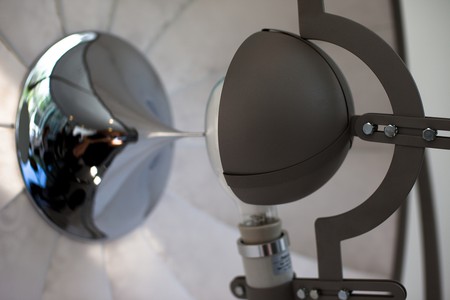 The Fortuny lamp, originally designed by Fortuny for the theatre | ©Jimmy Baikovicius/Flickr

Visit the home of the maestro himself

The Fortuny Museum is now on the site of the artist’s former studio in a Venetian palazzo, thus cementing his connection with Italy for posterity. But Fortuny hasn’t been forgotten in his hometown, although he spent just three years of his life there: in Granada, this talented polymath is remembered by a small square bearing his name in the old Jewish quarter of Realejo.