A Brief History of The Palau Reial de Pedralbes 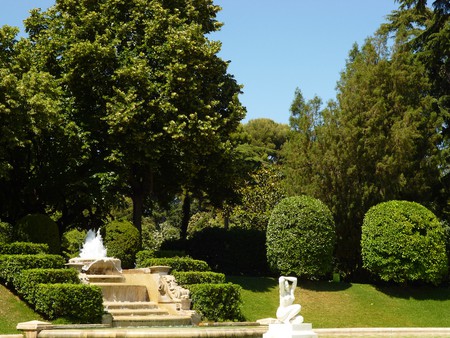 Located in the neighbourhood of Les Corts to the south-west of the city, the Royal Palace of Pedralbes is one of Barcelona’s most important monuments despite being relatively unknown to the city’s many visitors. It has been frequented by everyone from Catalan architect Antoni Gaudí to General Franco, while today it is open to the public and houses a number of local museums.

The earliest records show that there had been a house on the site of the royal palace as early as the 17th century when the land was used for farming. The old farm house was known as Can Feliu and was acquired by Eusebi Güell in the 19th century. Guëll is best known for being one of the main patrons of renowned Catalan architect Antoní Gaudí, famous for the Sagrada Família and Casa Batlló among many others.

Under ownership of Güell, Can Feliu underwent a number of remodelling and renovation works. The first of such projects was given to the architect Joan Martorell i Montells who designed a Caribbean-inspired palace along with a small chapel inspired by the neo-Gothic style in vogue at the time. Later, it was none other than Antoni Gaudí who was charged with updating the palace’s appearances and giving it a Modernist edge. He was also responsible for landscaping the surrounding gardens and chose to work with a variety of Mediterranean plants such as pine tress, eucalyptus and magnolia. 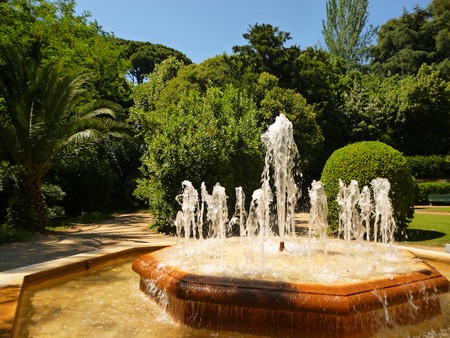 Details of the palace garden | © Oh-Barcelona.com

At the turn of the 20th century, Güell was awarded the title of count by the Spanish royal family and as a gesture of thanks he gave them ownership of Can Feliu. The palace was once again transformed, this time to accommodate its royal guests who would make it their residence in Barcelona whenever they visited the city. In 1924 it was officially declared a royal palace, however shortly afterwards, with the advent of the proclamation of the Spanish Second Republic, the palace came under ownership of the local authorities. The palace once again served as the residence of the country’s ruler during the dictatorship of General Francisco Franco which lasted from the late 1930s up until the mid 1970s.

Today, the palace no longer operates as a residence and is instead open to the public and home to three museums: the Museum of Ceramics, the Museum of Interior Design and the Museum of Textile and Clothing. Notably, the Royal Chambers were preserved throughout the eras and remain mostly unchanged since the time of King Alfons XIII and his wife Queen Victòria Eugènia who were responsible for their design. 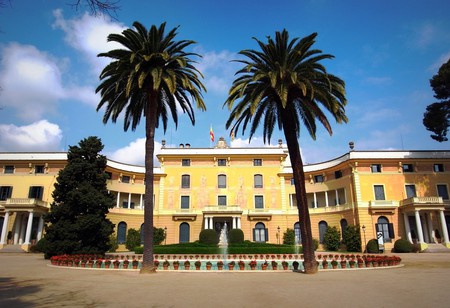 The royal palace today | © Almusaiti
Give us feedback