A Brief History Of Spanish Torrijas 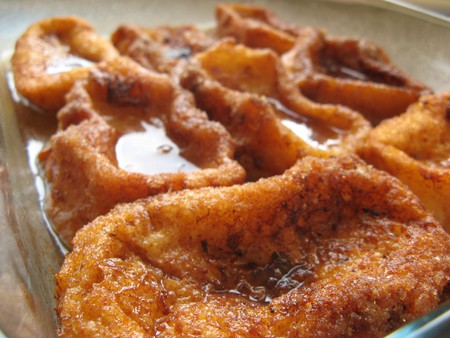 Sometimes the best things in life are the simplest. In an era where the world of haute-cuisine is fascinated by foams, sprays and mousses, there has been a revival of traditional dishes, in all their humble glory. A close cousin to the Engish bread and butter pudding or the French pain-perdu, torrijas is a traditional Spanish dessert which is as simple as it is delicious.

The correct question is in fact what are torrijas, as this sweet treat always comes as more than one, like profiteroles or petits-fours. Torrijas are a close cousin to the popular bread-based pudding which is served in many countries across Europe and consist of slices of bread dipped in a mixture usually involving milk, eggs, sugar, and in some cases, wine or honey.

There are many different recipes for torrijas, but one thing they all have in common is that they are made using stale bread, usually a couple of days old. This makes it more able to soak up the liquid mixture and gives it a better texture when cooked.

A notable difference with bread-based puddings from other European countries is that here in Spain the torrijas are usually fried in olive oil, not in butter. This is perhaps no surprise given Spain is the number one producer of olive oil worldwide, home to more than 300 million olive trees. 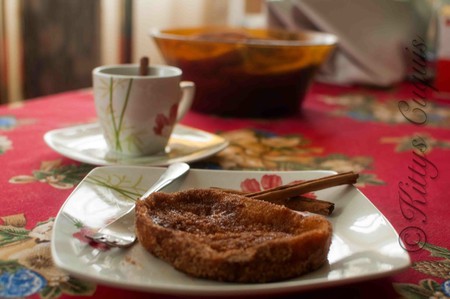 The simplest things are sometimes the best | © Kittys Cuquis

The origin of torrijas

A version of this dessert appears in accounts dating to as far back as the Roman times. In more recent accounts, torrijas seem to have become popular during the 16th century, when this highly calorific dish would be given to expectant mothers before giving birth, as well as after birth to help restore their energy.

Given the dish’s simple composition, it’s easy to see why it became popular, especially in households where money and food were scarce. As well as being a way to make use of otherwise unappetising bread, it also provided a relatively cheap dessert to those who could otherwise not afford such luxuries.

Later in the Middle Ages, it became common to eat torrijas during Lent and especially the Holy Week, or ‘Semana Santa’ just before Easter. It’s believed that the dish became a popular option during that time as it compensated for the absence of meat from the diet during Lent. In religious context, torrijas were eaten with wine, and together the two were said to represent the body and blood of Christ. 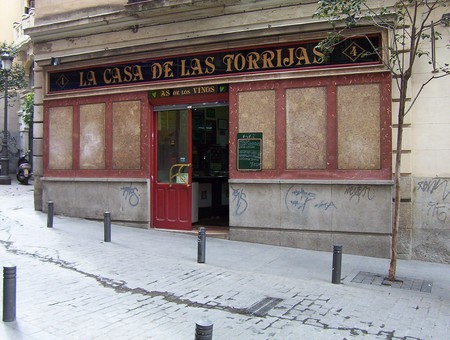 The house of torrijas | © Francisco Gonzalez

While torrijas continue to be associated with the Holy Week, they have also made their way to the every day menus in restaurants across Spain. Simple and relatively cheap to make, they’re a regular feature on traditional menú del día – the affordable worker’s lunch which was a legal requirement of all restaurants in Spain for decades.

There are a number of different ways of preparing torrijas, and while some recipes are more common – such as Seville torrijas, made without milk but using white wine instead – others are more modern and innovative – like the addition of cream or chocolate.

While torrijas are one of the oldest desserts to exist in Europe, modern chefs have not been afraid of revisiting the classic dish to give it a modern touch. Some have stretched so far as to use freshly baked bread for their dishes – a heretical move in the eyes of some. But some things are just best left untampered with and, as they say sometimes, ‘if it ain’t broke, don’t fix it’. 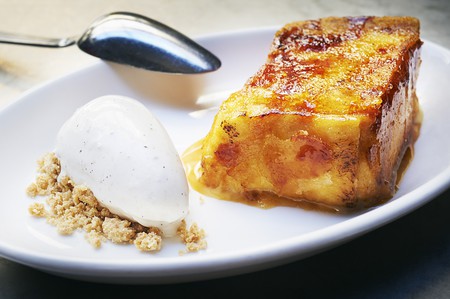