A Brief History of Málaga Cathedral 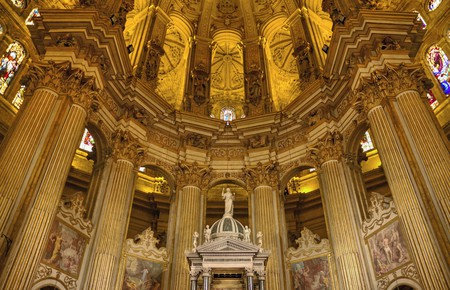 Unfinished yet mightily impressive cathedrals seem to be something of a trend in Andalusia: like Granada’s, Málaga’s was never properly completed, although it still dominates the old part of the city. Built between 1528 and 1782 near to the site of an early Almohad mosque, original plans for this awesome Renaissance and Baroque-style cathedral had included two towers, but in the end, due to lack of funds – as was also the case in Granada – only one was actually finished.

For this reason, Málaga’s cathedral can claim to be the only one in Andalusia with a widely-used nickname: “La Manquita,” or “the one-armed woman.” Its chief architect was the Burgos-born Diego Siloe (c. 1495–1563), who also designed the cathedrals of Gaudix and Almería. 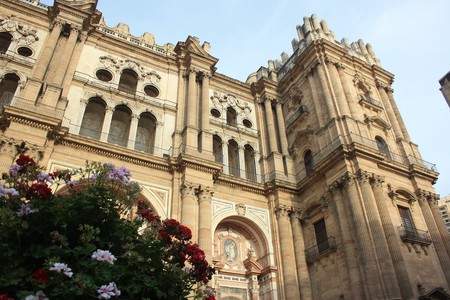 It is up to those visiting this great church – situated just within the old city walls near to Málaga’s beautiful Moorish Alcazaba (citadel) – to decide whether the eventual use of funds set aside for its second tower went to a better cause. According to one story, they were deployed to support those British colonies in North America that were seeking independence from Great Britain. According to another widely-circulated account, the money was actually used to cover emergency public works elsewhere in Málaga province. 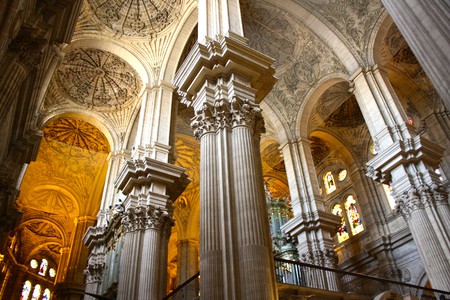 Only the similarly-proportioned cathedrals of Granada and Seville and the immense Mosque-Cathedral of Córdoba (to give it its proper name, only recently decided upon by warring authorities) can rival the interior of Málaga’s for architectural splendor. The exquisite choir stalls, with their multiple carvings (42, to be precise) were designed by Pedro de Mena (1628–1688), a Granadino sculptor who was a pupil of the notoriously foul-tempered Alonzo Cano (1601–1667), the architect who designed the façade of Granada’s cathedral. 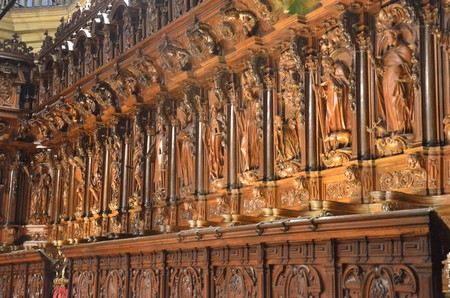 Beautiful carvings in the choir stalls of Malaga cathedral | © jennandjon/Flickr

Despite the calibre of designers who were intitally behind it, construction on Málaga’s cathedral dragged on interminably througout the 17th and 18th centuries. In the late 1700s the bishop of Málaga, José Molina Larios – after whom the city’s principal shopping street is named – took action and brought in an Aragonese architect to direct reconstruction and repair works on the cathedral. His choice, José Martín de Aldehuela (1729-1802), was also responsible for some of Málaga province’s other notable structures – most famously Ronda’s jaw-dropping New Bridge and its stately bull ring, one of the oldest still in use in Spain.

Before the middle of the 20th century, the cathedral was attached to nearby houses that were also located in its surrounding park. Since their demolition, it has stood as you see it today – marooned in the center of the old town, one of Spain’s most impressive unfinished buildings.