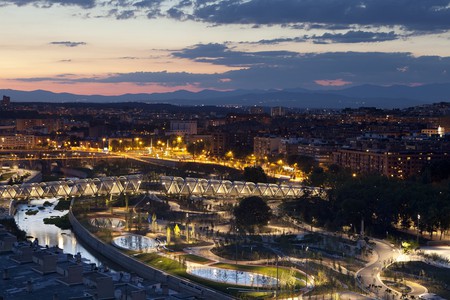 The Río Manzanares is the river that runs through the city of Madrid, emptying into the Jarama River and later the Tagus. Although the river is small and often has very little water, especially during the dry season, it plays an important part in Spain’s history. 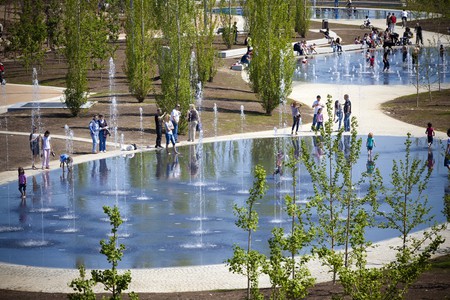 The origins of the river date back to prehistoric times, as archaeological evidence of human life has been found around near the river. During the 9th century, the Moors fought to defend the river against the Christians. Fast forward to the 20th century, where the river was a defensive line for the Republican forces during the Siege of Madrid during the Spanish Civil War as they fought off the Nationalists from entering Madrid. Bunkers can even be found near the river in some areas outside of the city center.

Many artists, photographers, songwriters, and authors have used the river as inspiration, writing poetry, novels, articles, and songs about it, in addition to taking photographs and even painting it. In fact, famous Spanish painter Francisco de Goya depicts the river in a few of his paintings, like La Pradera de San Isidro, Baile a Orillas del Manzanares, and La Merienda. 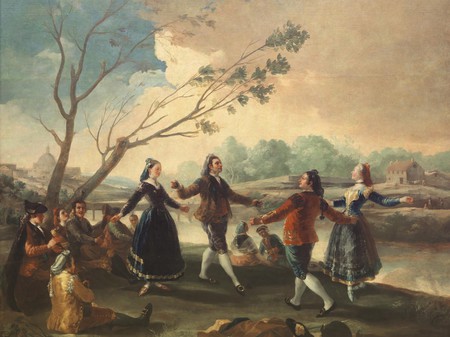 The river was flowing along just fine until the 1970s, when the famous M-30 highway was built in Madrid right next to it, causing the area around the river to have excessive amounts of traffic, as well increased noise and smog. Madrid’s locals and tourists could no longer enjoy the riverside, so for many years, it was almost as Madrid existed without a river. The Manzanares seemed to be almost entirely forgotten. This all changed in the early 2000s when the city decided to created underground tunnels for the traffic and make the area around the Manzanares River not just accessible, but enjoyable once again. 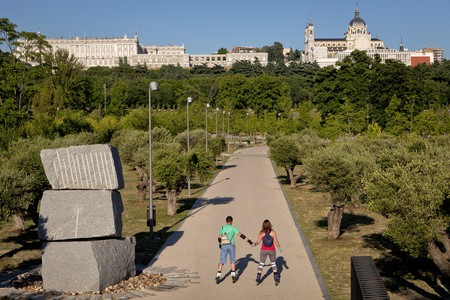 After years of construction, Madrid Río is now a destination for families, couples, or anyone wanting to enjoy a stroll or jog along the river. The traffic and smog have been almost entirely removed, and the area is pedestrian-friendly, with walking, biking, and rollerblading paths. There are 17 different play areas for children, and over 9,000 pine trees have been planted along the river. Adults can enjoy the many terraces offering food and drinks, benches, bridges, game areas and pétanque courts. There’s even a “beach” area where you can sit in the sun and run through the fountains when the weather is warm enough. The nearby Cultural Center Matadero offers plenty of events like exhibitions, workshops, theater, and music.

Madrid Río has had its glory returned once again, so make sure to check it out on your next visit to Spain’s capital city.