9 Exceptional Writers From The Valencian Community 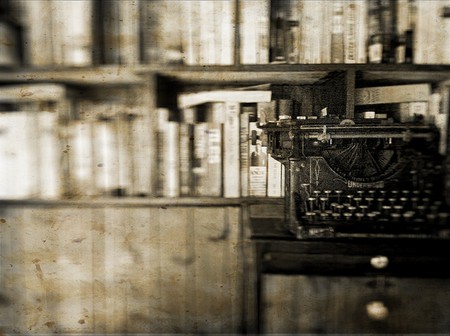 Spanish literature is surely one of the richest in the world. However, among the many regions which compose the Iberian Peninsula, there is one which stands tall for its variety and originality of literary traditions. The Valencian Community, embracing three different provinces (Valencia, Alicante and Castellón) is the cradle of many internationally known poets and novelists. For centuries, this land has given birth to generations of intellectuals and authors. From the Siglo de Oro Valenciano (15th – 16th century) to the recent Poesía de la Experiencia (1980 – 1990), going through the Generación del 98 (1898) and the Generación del 50 (1950); we present nine unique writers from the Valencian area.

Ausiàs March is one of the pillars of Valencian literature. Poet as well as knight, March lived in Valencia during the early 15th century under the crown of Aragon. He was one of the authors who constituted the Siglo de Oro Valenciano (Valencian Golden Age), namely, one of the most active periods for Valencian literature. His poems recalled the style of Italian poet Francesco Petrarch. As the Italian poet, March made a great use of rhetoric, and shared the metric and the themes of Petrarch. Stylistically speaking, however, Ausiàs March used the Valencian language for his poems, thus becoming one of the first to do so.

Born in Valencia in 1867, Blasco Ibáñez is probably the most famous author from the city. He was a novelist, screenwriter, cinema director, journalist and a politician. Eclectic and talented, he is known worldwide for his best-sellers: Sangre y Arena (Blood and Sand) and Los Quatros Jinetes de la Apocalipsis (The Four Horsemen of the Apocalypse), which have been adapted and modified for the big screen several times. Beyond his artistic values, Vicente Blasco Ibáñez is also remembered for his political activity. Being always concerned with national and international political matters, he fought the dictatorship of Primo de Rivera in Spain and he energetically supported the allies during World War I. 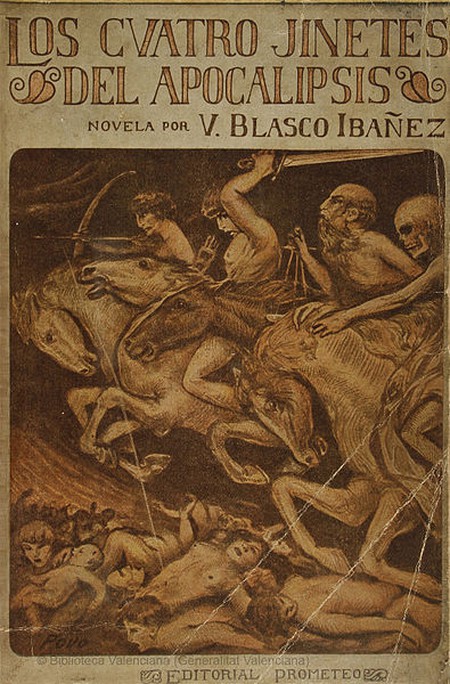 Born in 1873 in Monòvar, a small town of the Valencian Community, José Ruiz is known by many different names. His main pen names were: Fray Jose, Candido, Ahriman, Charivari, Este and finally Azorín. Through these numerous pseudonyms he wrote articles, novels, essays, plays and literary critiques. Notwithstanding his passion for the theater and the composition of some plays, he never truly succeeded in this field; his success came mainly from novels and essays. Throughout his life he joined many different lines of thought, politically and philosophically speaking. Partially an anarchist in his younger years, he later professed nihilism and pessimism, in the end becoming a conservative; this drastic change from his youth still gives much matter for discussion to the critics. However, he remains one of the main authors of the Generación del 98 (Generation of 1898).

Gabriel Miró was born in 1879 in Alicante, which is located in the South-Western part of the Valencian region. Despite being a contemporary of Blasco Ibáñez and Azorín, he was far from the social and moral aims of the Generación del 98. Mainly a novelist, he excelled for his perfect and elegant prose. Furthermore, he was famous for his remarkable sensitivity to colors, odors and sounds, which surely helped him in his works to vividly describe the cities, the countryside, the coast of Valencia and its whole community. 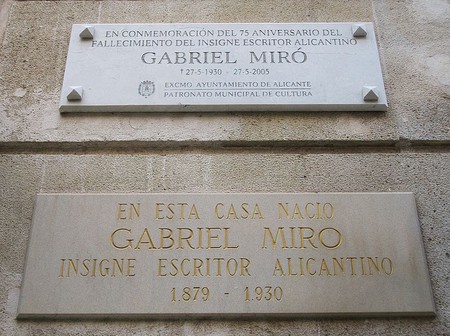 Considered by many as a renovator of poetry in the Valencian language, Vicent Andrés Estellés is compared to Ausiàs March for the impact of his works on the general style. When he was just a boy, he experienced and survived the Spanish Civil War (1936 – 1939), which played an important role throughout his poetry. He is famous for his best-seller: Llibre de les meravelles (Book of Marvels), as well as for his journalistic contributions. In his works, he recurrently treated the themes of death, love and eroticism, analyzing them through the lens of the daily life of men.

Born in Sueca (Valencia) in 1922, Joan Fuster is one of the highest exponents of Valencian literary nationalism. His most celebrated book is Nosaltres, els Valencians (We, the Valencians), which deals with the inhabitants of the Mediterranean city and their relations with Spain and the Catalan community. Mostly famous for his essays, he was a versatile author thanks to his interest in linguistics, history and philosophy. Despite being just a writer, he was curiously the victim of two anti-Catalan terrorist attacks, from which he (luckily) resulted unharmed.

Enric Valor was a writer as well as a grammarian, who, thanks to his studies on Valencian language, managed to re-collect and reorganize the whole Valencian lexicography. He was one of the forerunners of the standardization of Valencian language throughout the community. Beyond his academic studies, his principal work was Rondalles valencianes, where he gathered 36 popular Valencian stories to create a literary narration. Furthermore, he also published a novelistic trilogy: the Cicle de Cassana; composed by Sense la terra promesa (1960), Temps de batuda (1983), and Enllà de l’horitzó (1991). The entire Cicle de Cassana is probably his most important work.

Francisco Brines is one of the main poets of the Spanish 50s generation – the name given to a group of poets active around 1950. Like Vicent Andrés Estellés, he fully lived the Spanish Civil War, which led part of his poetry to have a strong social aim. However, he only partially followed the main concepts which characterized the 50s generation. In fact, the central topic of his works is a consistent reflection on the restless flow of time. Some of his most famous collections are: Las brasas, Palabras a la oscuridad, El otoño de las rosas and La última costa. He still lives in his hometown, Oliva (Valencia). 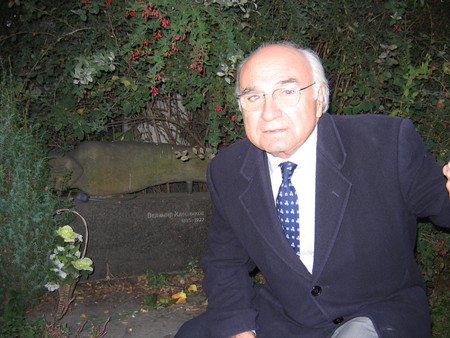 Carlos Navarro Marzal is one of the main exponents of the poesía de la experiencia (poetry of experience), which dominated Spanish poetry during 1980 and 1990. Born in Valencia in 1961, Marzal reached the top of his success in 2001 with the collection of poems: Metales Pesados. Thanks to the latter, he received the national poetry award in 2002. In the first years of the 21st century he also took his first steps into narrative, with Los reinos de la casualidad, published in 2005. Even though Los reinos de la casualidad was his first novel, it was considered by the magazine El Cultural as the best book of the year.

A big thanks to the bookshop Librería París–Valencia in Pelayo 7, Valencia; to its gentle assistants and its helpful customers.