Delicious Dishes You Need To Try In The Canary Islands 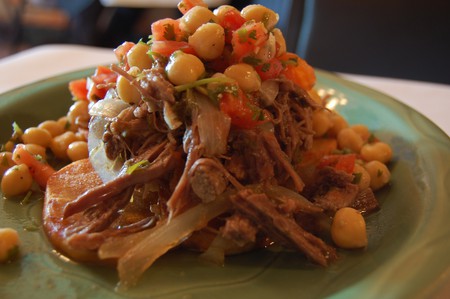 Gastronomy empowers people to learn more about a certain culture. Located just off the west coast of Africa, The Canary Islands were for centuries the crossroads between Europe and America. Surrounded by stunning beaches, this archipelago is renowned for the variety of seafood on offer, as well as its many healthy side dishes. Read on to discover the taste of the Canary Islands, with its unique blend of flavors influenced by the cuisines of Africa, Europe and America – a one-of-a-kind combination of freshness and flavor. 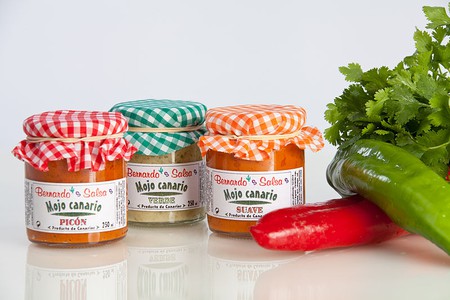 A typically sauce from the Canary Islands | © Pzinme / WikiCommons

Mojo picón is a spicy sauce composed of garlic, olive oil, red or green pepper, cumin, salt and vinegar. For those who like a little spice, adding a little hot chili is the perfect extra touch – and fits the hot weather of the islands. This traditional sauce is served with nearly every dish on the islands. While visiting the Canary Islands, you will find handmade mojo on markets at inexpensive prices, but make sure to try some of the best mojo dishes at local restaurants – Amigo Camilo Restaurant in the beach of Las Canteras in Las Palmas de Gran Canaria serve some of the best on the island. 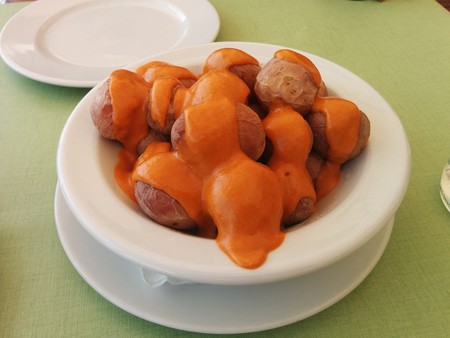 Papas is the local short form for ‘potatoes’ on the Canary Islands and other places in South America. However, because of the volcanic climate on the islands, these potatoes gain a different texture and flavor, which make this dish so special. Without peeling them, the papas are boiled in water with a lot of salt for around 20 or 30 minutes. After boiling them, locals remove the water from the pan and add more salt over the potatoes until they dry. Serve them with a generous serving of mojo picón and voulá. A simple but unique dish, which beautifully sums up the archipelago in one bite. 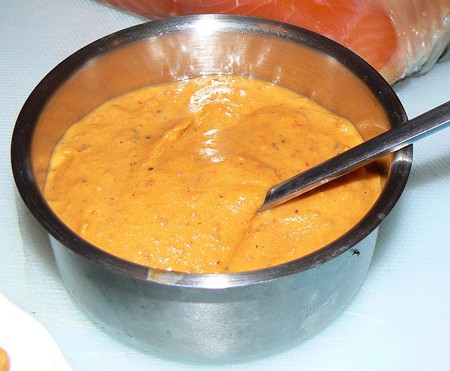 Almogrote is a flavorsome dip typical of the small island of La Gomera and is made with the leftovers of matured cheese, hot pepper and paprika, all blended together with the iconic Spanish ingredients: olive oil and garlic. Just like the character of the local people of La Gomera, the almogrote has a strong and spicy feel to it. To enjoy it like the locals, butter it onto bread in thick layers and don’t hold back. One of the best places to try this regional delicacy is the La Montaña – Casa Efigenia, a true locals’ favorite located just next to the Garajonay National Park, one of the island’s many natural gems. 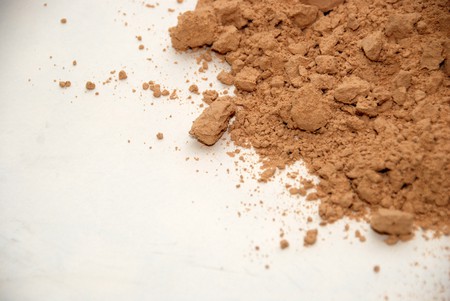 Canarian children have always heard from their grandparents that ‘a glass of milk with gofio will improve your health.’ Although this particular combination might not be the most tasty option for travelers, gofio is a highly versatile food which can be used in many forms, being served with soups, sauces and even as ice cream. A flour made from roasted grains, mainly wheat and some varieties of maize, gofio became an important part of the diet of locals during the Spanish Civil War due to it being rich in essential vitamins, fiber and proteins. If some places in the archipelago (such as La Orotava in Tenerife) have a sweet scent in the air, it may be a gofio mill producing this delicious flour.

Don’t get confused, while miel may mean honey in Spanish, miel de palma is not a type of honey (it is in fact more nutritious than honey) and its provenance is not from the island of La Palma. The miel de palma is in fact the sap which comes from palm trees and it’s made on the island of La Gomera. This sauce is used as a condiment on some side dishes, as well as being served with cheese, desserts and even with meats. If on Gran Canaria, visit Nelson Restaurant for the chance to sample some fine examples of how miel de palma is used in local cooking – and to soak up the relaxing atmosphere of this seafood restaurant located on the water front.

Confusing names are commonplace Spanish gastronomy. Ropa vieja means ‘old clothes’ in Spanish, however don’t be put off from trying this dish because of its name, no old clothes were used when making it. Originally, the reference to ‘old clothes’ may have originated from the idea of using leftovers from the popular Spanish dish puchero. Since both recipes have the same basic ingredients in common (chickpeas, meat, onion and potatoes), this idea makes sense. On The Canary Islands, ropa vieja is a very popular dish despite it taking so long to elaborate. You will never taste the same recipe twice as each household makes theirs differently, but try it at the restaurant Parador de las Cañadas del Teide, on the biggest peak of Spain, if you want to sample a traditionally made ropa vieja. 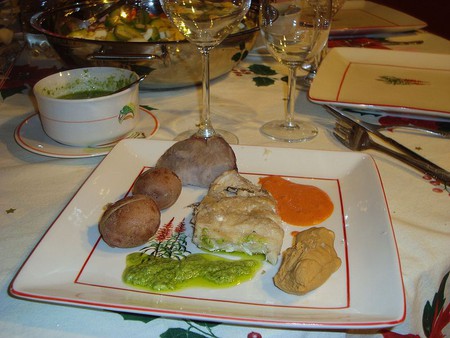 This local specialty beautifully gathers several of the gastronomic influences of the archipelago. The recipe for sancocho canario was exported to several places in Latin America because of the huge migratory movements which the population of The Canary Islands suffered. The dish is made with fish cooked whole and served with sweet potato, gofio and papas arrugadas. It’s a simple and healthy plate, and adding mojo picón is an absolute must in order to taste the contrast between sweetness, spiciness and the touch of saltiness. 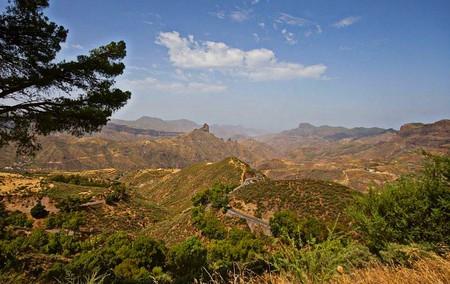 Bienmesabe is another instance of an imaginative name for a typical Canarian dish. This dessert is a traditional sweet made on the island of Gran Canaria, in the city of Tejeda, renowned for the abundance of almond trees which are used to elaborate bienmesabe. The recipe requires eggs, sugar, lemon zest and of course, almonds. The Canarian version is quite probably an adaptation of the traditional Spanish dessert called bienmesabe Antequerano from the province of Málaga. Now that you know the ingredients of the dish, can you guess the spanish meaning of bienmesabe? It translates literally as ‘it tastes good to me.’ Not an arduous name to remember when visiting the archipelago. 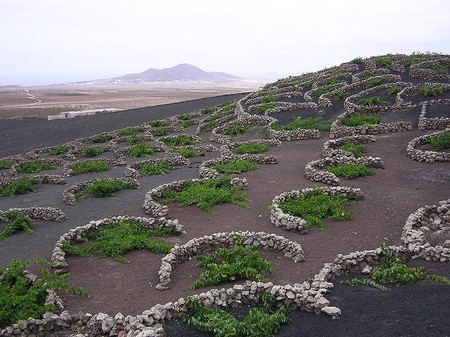 Wines with designation of origin

Like the rest of the countries of Europe, Spain has certain products which are granted the label of Protected Designation of Origin (PDO) to protect and promote the quality and authenticity of certain regional dishes and foods. Back in the 16th century, colonizers imported a variety of non-native vines to the Canary Islands, which then adapted to the volcanic nature of the land. As a result, there is a large variety of protected designation of origin (PDO) wines unique to the Canary Islands. Take a stroll under the sun of Abona and sample the white wine of this region, one of a kind.