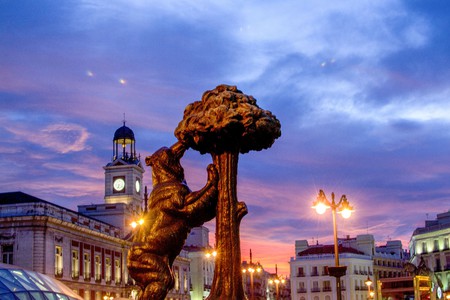 Visitors flock to Spain’s capital city for culture, cuisine and world-famous nightlife. But there are certain quirks that make Madrid stand out from the rest of Spain…

Forget paella (from Valencia), sangria (touristy) and other Spanish gastronomic stereotypes; in Madrid the must-try snack is a bocadillo de calamares or calamari sandwich. The best places to sample the local favourite are the small bars around Plaza Mayor. Enjoy your sarnie on the street like the locals and, whatever you do, don’t buy it at one of the overpriced Plaza Mayor restaurants.

Spotting the King and Queen on a night out

They might live in the Zarzuela Palace on the outskirts of Madrid, but Spain’s youthful monarchs King Felipe and Queen Letizia love nothing more than enjoying a night out in Malasaña, one of Madrid’s coolest neighbourhoods, or attending a concert (they recently saw Rod Stewart). They are very low-key, but have been snapped on the streets several times blending in with the locals.

Having an Egyptian temple on your doorstep

Nowhere else in Spain (and very few places outside of Egypt) can you see a complete Egyptian temple. But Madrid is home to the Templo de Debod, which was given to Spain as a gift by Egypt in the 1970s and painstakingly transported and rebuilt close to the Royal Palace. It’s an excellent place to watch the sunset. 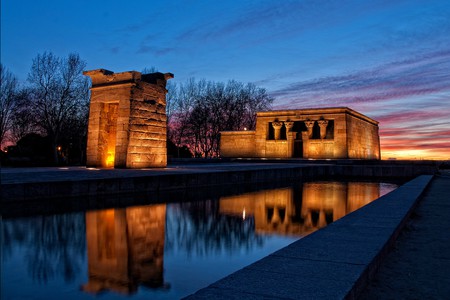 People around Spain might watch the tradition on television and join in every December 31st, but only in Madrid can you take part live in one of Spain’s most beloved traditions – eating a grape at each of the gongs of midnight in the Puerta del Sol. Thousands of people gather in the city’s central meeting point to ring in the New Year, each with a bag of grapes. It is said eating the 12 grapes will bring good luck and prosperity for the year to come.

Walking through a rainforest on your morning commute

Madrid’s main train station, Atocha, is home to a very unusual sight: a towering tropical garden in its main concourse, home to dozens of turtles. It makes for a calming atmosphere during the busy morning commute.

Queuing for hours for a lottery ticket

Spain’s Christmas lottery, or El Gordo (The Fat One), is one of the most lucrative in the world, and Spaniards from around the country flock to one particular lottery ticket shop because of its longstanding reputation for coming up with he winning ticket. Doña Manolita, near the Puerta del Sol, has lines snaking down the road throughout December, with people waiting for hours at a time to get their hands on a lucky ticket.

Primark being located in a beautiful old building

Madrid is home to the world’s second biggest branch of budget fashion chain Primark, but far from the dreary shopping centre locations of many stores, Madrid’s is located in a five-floor, ornate building, complete with galleries and giant glass ceiling, all original features from its 1910 opening. It looms over the city’s iconic Gran Vía and must surely be the most beautiful Primark in the world..?

The city emptying during August

Unlike many other places in Spain, where August is peak tourist season and beaches are packed with tourists, Madrid is a virtual ghost town during the entire month. Many local bars and restaurants shut up for the month and lots of locals take their entire year’s worth of holiday at once, leaving the stifling heat of the city for the cooler climes of the coast. Locals who do stay are treated to a break from the constant hustle and bustle, and – for four weeks at least – Madrid seems more like a village than a capital city.