8 Spanish Indie Rock Bands to Look Out For in 2017 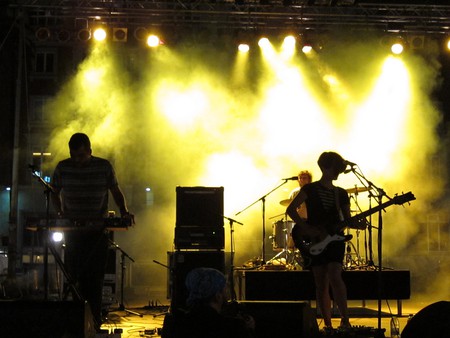 More famous for flamenco and classical guitar, Spain isn’t necessarily the first place you might think of to look for the best in indie rock music. But in the following bands, hailing from Galicia, Madrid, Barcelona or the Balearic Islands, are some of the hottest names on Spain’s indie music scene at the moment.

Formerly known as Deers, this Madrid-based, female indie-pop group now plays under the name Hinds (a hind being a female deer). The band is made up of Carlotta Cosials (vocals, guitar), Ana Perrote (vocals, guitar) – both founding members of the group back in 2011 – Ade Martín (bass, backing vocals) and Amber Grimbergen (drums). Blending pop, low-fi, indie and even a little garage rock, they released their first album, Leave Me Alone, in 2016 after completing their first world tour in 2015.

Hailing from the industrial outskirts of Barcelona, the members of Dulce Pájara de Junventud – a name borrowed from the Tennessee Williams play (Sweet Bird of Youth) – have been friends for as long as they can remember. Having released their eponymous first album back in 2011, the band have slowly but surely made a name for themselves on the local music scene, managing to secure a set at Primavera Sound last year.

Smooth vocals and sexy electronic beats which will have you moving in no time qualify the project of Madrid-born J. E. Edward, whose music blends R&B, chill-wave and soul music influences. Despite his young age, John Grvy has already performed at Benicassim, Kutxa Kultur, and made it to SXSW last year.

Based in Madrid, Trajano! are Álvaro Naive, Carlos Mun, Juan Cea, and Lois Brea – whose distinctive voice is their trademark and has also found success with his own solo project, LOIS. The post-punk band have been playing for over five years, but have recently consolidated their place on the Spanish indie scene with the release of their latest EP, Rubí.

A group of friends who met at uni, The Parrots are at the heart of the indie music scene in Madrid, collaborating with bands such as Los Nastys – with whom they play under the name The Chicano Bulls. After a world tour last year, which included playing at the SXSW festival in the USA, the band released their debut album, entitled Los Niños Sin Miedo or “the boys without fear” – a reference to the tough years of trying to make it as an indie band in post-crisis Spain.

Formed in 2014, this Galician band got their name from the New Order track “Bizarre Love Triangle.” Triángula de Amor Bizarro’s music can be qualified as indie rock, new psychedelia, or post-punk, as well as stating their own direct influence from the British shoegaze-noise movement of the late ’80s. They have toured with bands such as My Bloody Valentine and received the award for best album of the year by the Association of Music Journalists of Spain earlier in 2017.

Hailing from Mallorca but living in Barcelona, Àngel Garau, Xavier Hernández, Biel Stela and Lluís Cabot released their first EP as Da Souza in 2013. Their music evokes their home island, where the beach and the waves never seem too far away, yet they are also firmly entrenched in the Barcelona indie music scene.

Originally a solo project by vocalist/guitarist Elena Sestelo, When Nalda Became Punk has been on the go intermittently since 2006 and has been joined by guitarist Roberto Cibeira since 2011. In 2013, the indie-pop band released their debut album, A Farewell to Youth, and in 2016 they released a new EP, Those Words Broke Our Hearts, blending indie pop lyrics with fuzzy guitars, synths, and drum machines.