Ask someone where Galicia is, and they’ll often just look at you blankly. While everyone knows about Barcelona, Madrid, or Seville not many people have heard of Santiago de Compostela or A Coruña. But just because Galicia doesn’t have a Costa del Sol doesn’t mean is it isn’t a great place to visit. From misty mountains, majestic beaches and green everywhere you look, Galicia is a hidden gem. 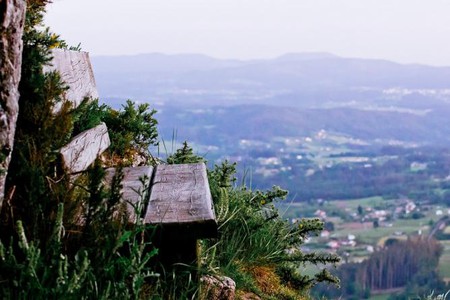 The Food and Drink

One thing that happens upon mentioning Galicia to other Spaniards is that immediately they acknowledge how well they eat there. There are lots of things to try including pulpo al gallego – octopus with chili – which is the regional dish of Galicia. The extensive amounts of coastline means that the delicious seafood can’t be ignored, but raxo (fried potatoes and pork loin) and tarta de Santiago (almond cake) are also fantastic. Some of the best Spanish wines also originate from this region, for example Ribeira Sacra, as well as the stunning licor café. 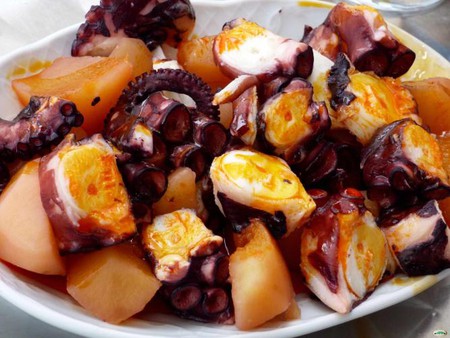 Galicia is a community deeply rooted in history, which is significantly different from the history of much of the rest of mainland Spain. Rather than the Arabic influence you’ll find in regions like Andalusia, the mix of Roman and Celtic ancestry is apparent wherever you go. Exploring the region will help you to find clues that will help to piece together the Galician jigsaw puzzle. Among the plethora of places to look around, visit the Roman walls of Lugo, or learn a bit about medieval history at Finisterre, where the wild sea was commonly believed to be the end of the world. 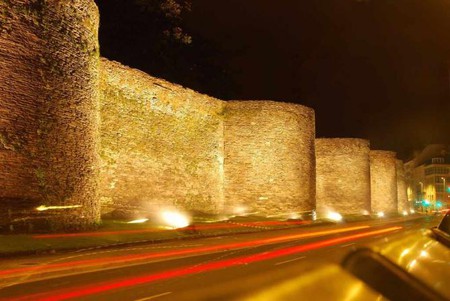 One of the best things about living in or visiting Galicia is that you’re never too far away from a beach. Unlike some of the beaches around the east or south of Spain, there’s a certain wildness and depth of color to the sea that reminds you just how ferocious nature can be. The Islas Cíes have also been named the best beach in the world by The Guardian, and the Playa de las Catedrales is world-famous due to its majestic arches. 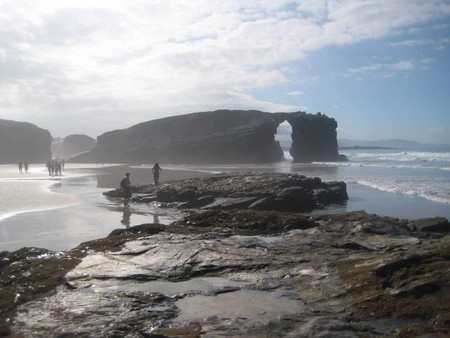 The Way of St James

It’s impossible to talk about Galicia without mentioning the Camino de Santiago. Millions of pilgrims from all over the world have trodden the familiar paths, meeting new people and hoping to find themselves in the process. The last stages take you through the whole of the region, and pilgrims can find peace in the greenery of the countryside and in the midst of the trees. There are many different paths you can take, depending on where you’re starting from – however the oldest is the Camino Primitivo, followed by King Alfonso II and taking you all the way through Asturias and Galicia. 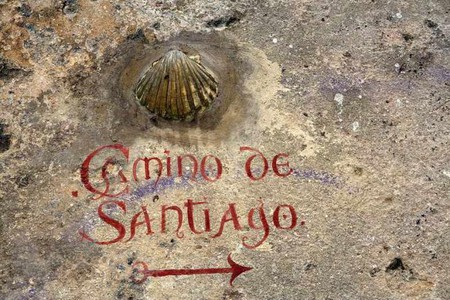 Galicia is a unique mixture of the quirky and even quirkier, and it’s fascinating trying to puzzle out some of the bizarre things that happen. For example, in the village of Xinzo de Limia over the week before Lent, they throw around live ants, have a mud battle with clothes, and men with masks, peliqueiros, are permitted to whip you with a thorny stick if you get in their way. No-one knows exactly why this happens – but it’s an absolutely incredible experience you won’t forget in a hurry. 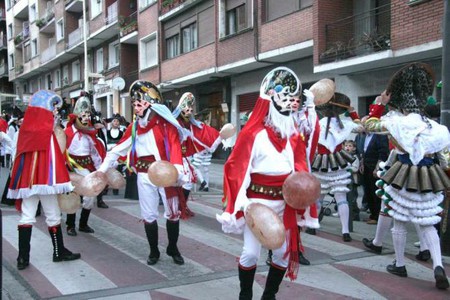 One stereotype about Galicians is that they’re reserved and standoffish, but this just isn’t true. Often they’re just cautious: but once you’re friends, you’ll be friends for life. They also say that Galician is hard to comprehend, which is true, but most Galicians are very considerate about using Spanish if you don’t understand it. The people are one of the best things about the region.

For some people this might be a reason why Galicia deservedly is underrated, but the amount of amazing species found here that are endangered in other areas of the world is amazing. Wolves and vipers live in the mountains, and as does the protected species, the Cantabrian Brown Bear. In 2014 one adventurous snake even managed to crawl up some toilet pipes in A Coruña – so it’s a perfect place for nature buffs. 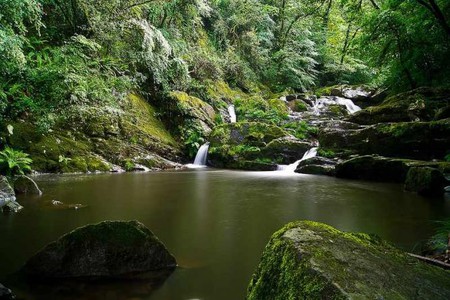 At any one point you can look around and see unimaginable natural beauty in Galicia. With mist rolling off rivers and out of forests, snow knee-deep up a mountain, frozen lagoons and sun-drenched fields, the diversity of the landscape and countryside is incredible. Spend a few days, weeks or months in the region and you’ll start to soak up all the natural beauty, and will end up missing it when you get back. All this greenery is due to the frequent rain, but it’s worth it – in summer, it’s nicknamed Galifornia due to the sheer amount of blazing sunshine. This doesn’t just extend to the countryside, the cities are often ancient, peaceful and beautiful.