Pool at Bolbaite, Valencia. © Flickr/Jordi nll
If noisy beach bars and crowded hotel pools aren’t your thing, you can still cool down on your trip to Valencia during the scorching summer months. Far from the tourist trail, there are amazing natural pools in the surrounding countryside where you can chill out in peace. Spend a day outside the city to immerse yourself in these clear waters and you’ll come back feeling refreshed.

Near the village of the same name, in a natural park inland a short drive from the city, you can find a clear, quiet, natural pool with turquoise waters, surrounded by rolling hills and a forest. 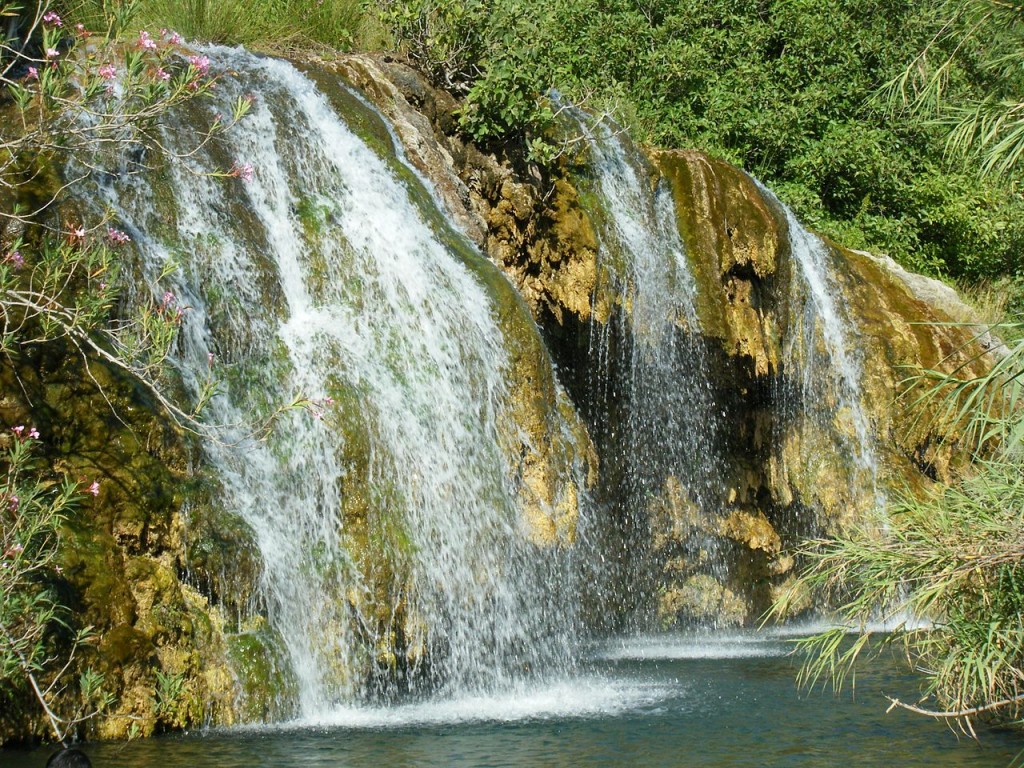 To get to this stunning natural site you’ll need to make your way down 136 steps to the edge of a vast canyon with a pool and spectacular waterfalls in the depths of a ravine. If you do decide to swim in the pool, be warned: the water here is always cold!

It’s well worth the drive inland to Alicante province to visit one of the most famous and beautiful natural pools in the whole of Spain, Fuentes del Algar. The River Algar—which means cave in Arabic—offers an enclave of waterfalls and impressive crystal-clear waters. Since 2002 this has been a Protected Wetland Area. It’s found near Callosa d’en Sarrià, which is very close to the holiday hotspots of Altea and Benidorm. During summertime the pool gets busy, but it rarely gets over crowded and, unlike the other locations on this list, the pool has quite a few amenities such as toilets and a small shop. Despite this, the area hasn’t lost its natural beauty and charm. 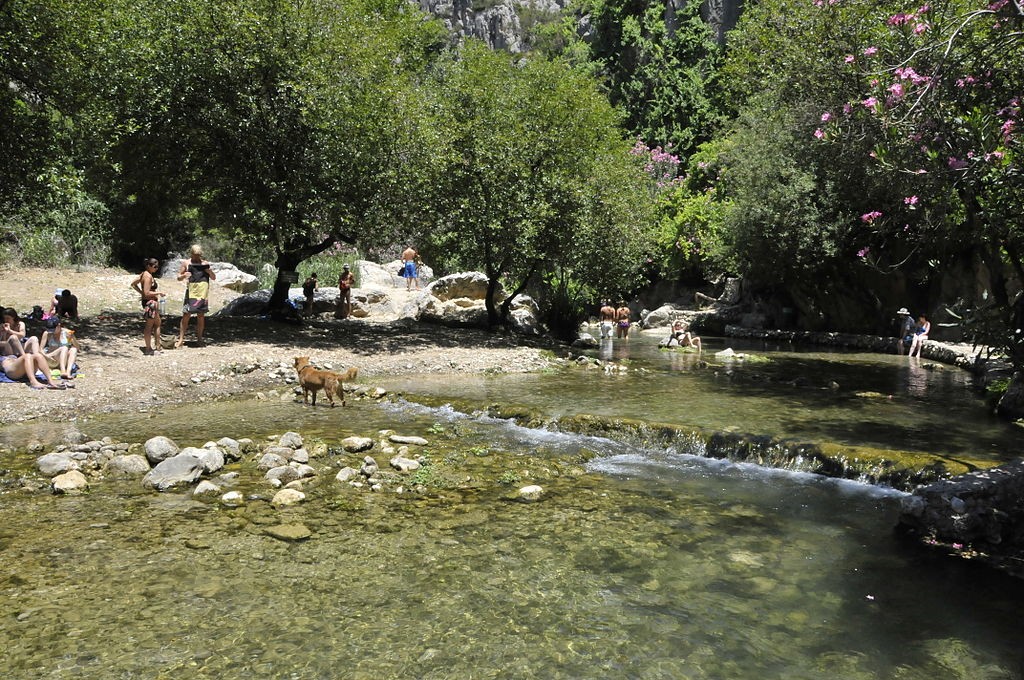 The historic little town of Chelva is the starting point for this ridiculously easy circular walking route, ideal for family outings. The start is signposted in the Plaza Mayor, from where you’ll walk through the four historic districts of the town and on to some idyllic spots along the river Chelva. The walk itself takes about two hours, but there are so many places to swim, picnic and simply admire the view that this easily makes a full day trip.

An impressive spot on the border between the provinces of Valencia and Alicante near Ontinyent. At the source of the Clariano River there’s a series of small pools called Els Pous Clars (“the clear pools”), with its incredibly fresh waters all year round, surrounded by greenery and tinted a peculiar color due to the limestone rocks. There are six pools, three of which are more easily accessible, and there’s also a small recreational area where you can finish your swim with a picnic in the sun. 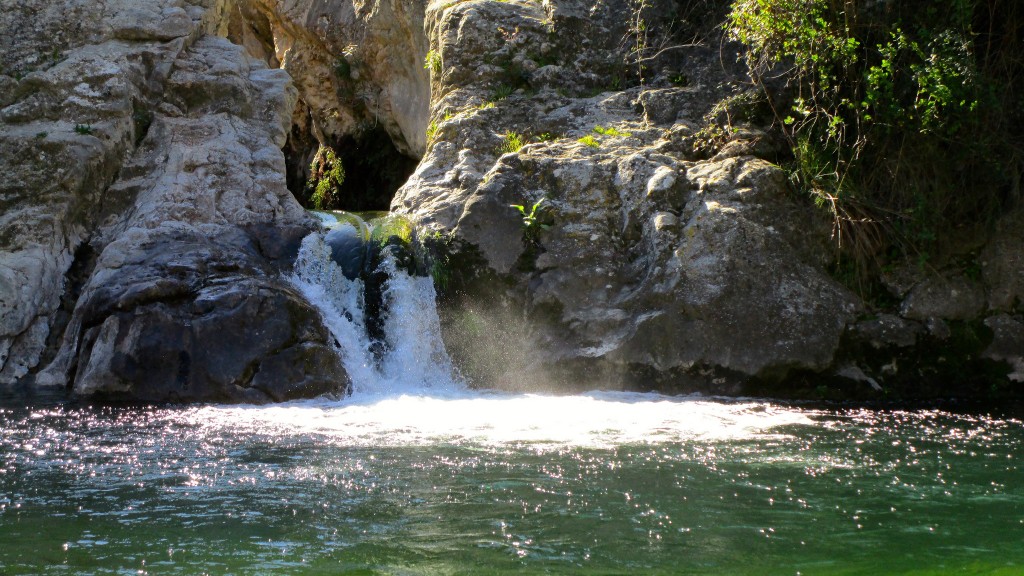 One of the best places to swim is in the Canal de Navarrés. This series of clear natural pools by the Rio Sallent is located four miles (seven kilometers) from the nearest village, so you’ll need your own car. The best known pools are El Charco de la Horteta, Fuentes, Bañera and Charco del Chorro.

In the Valencian countryside near Bolbaite, you can find a really tranquil spot at the Sellent River crossing. Where the river divides in two there is a natural lake formation perfect for swimming. There’s a small picnic area and snack bar near the lake, and you can stroll along the river watching ducks and geese swim. The two villages on either side of the river are connected by two bridges, one old and one new. Nearby, El Gorgo Caracol is a curious spot found at the foot of some steep stone steps; a kind of cave excavated between the rocks by the river, forming stalactites. 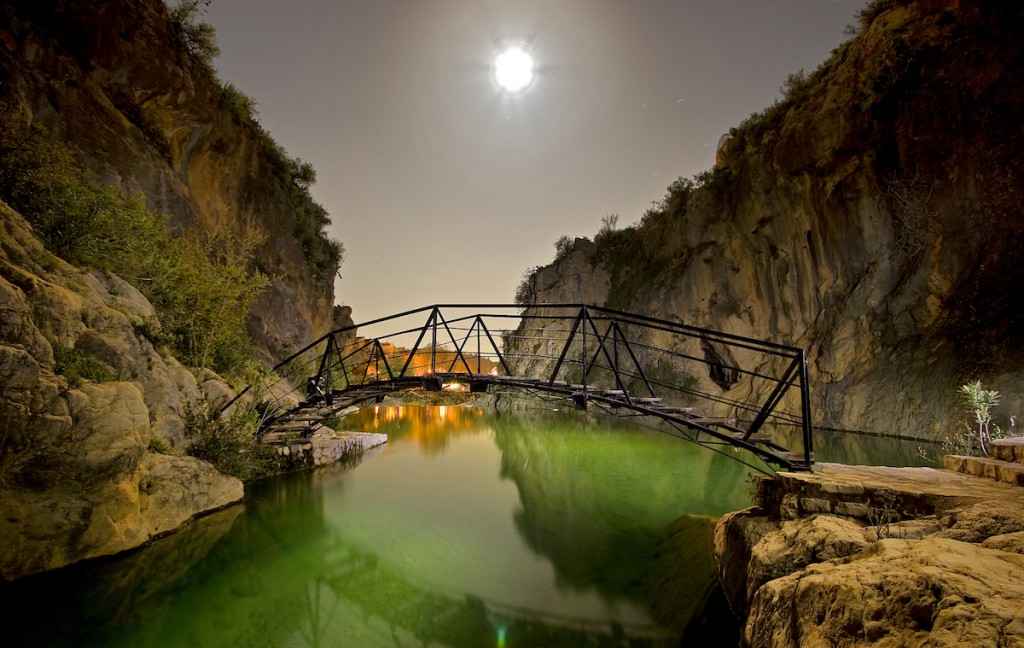 This is a small lagoon located at the mountain spring of the river Tuejar. There you’ll find a natural pool of crystalline waters called the Pozo de las Escaleras. The temperature of its waters never gets higher than 65F (18C)—very refreshing in summer, when temperatures soar upwards of 95F (35C). The surrounding area is known as a miniature nature reserve, with lush greenery and all kinds of wildlife. You will also find the Acequia Villanueva, the bridge of Tudela, a Roman dam and the Mirador de la Peña del Mediodía.