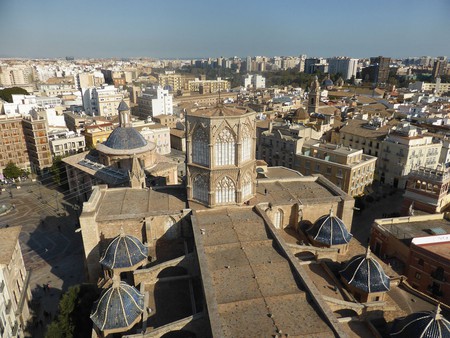 Being more than 2200 years old, Valencia is a melting pot of different artistic and architectonic styles; having seen Romans, Visigoths, Arabs and Christians walk its streets, the city is a great place to visit for history and art lovers. One of the most celebrated artistic styles, typical of the city, is surely the Valencian Gothic. Developed between the 12th and the 15th century under the crown of Aragon, this peculiar form of Gothic differs from the others for its direct link with Roman architecture and the Mediterranean techniques of construction. We present eight stunning examples of Valencian Gothic. 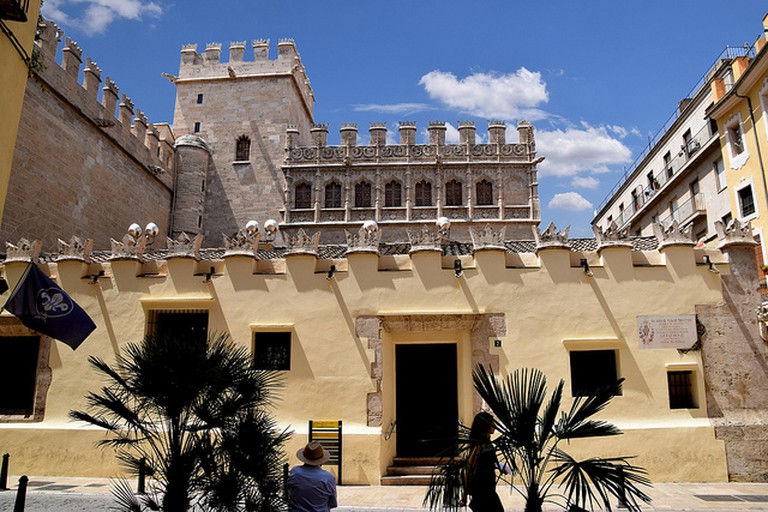 Lonja de la Seda | © Marcela Escandell/Flickr
Situated in the core of the oldest part of Valencia, La Lonja de la Seda represents one of the main historical attractions of the city. Considered by UNESCO as a World Heritage Site, it was built between the 15thand 16th centuries by the Spanish Catalan architect Pere Compte. Built for civil purposes, it is divided in three parts: The Contract Hall, The Pavilion of the Consulate, and the richly decorated upper floor. The elements of Gothic style are present throughout the building: from the decorated façade, where several gargoyles can be spotted, to the main hall with astonishing columns, all of which makes the Lonja de la Seda a milestone of Valencian Gothic architecture.
Open In Google Maps
2 Carrer de la Llotja, València, Comunidad Valenciana, 46001, Spain
+34962084153
Visit Website
Give us feedback

Built in the late 14th century, it is one of the main gates which constituted the ancient city wall, la Muralla Cristiana (The Christian Wall). Situated in the northeastern part of the old city, this Torre de Serranos strikes the attention straight away thanks to the imposing structure of its two polygonal towers. Characterized by the classical gothic decoration on the central area, the Serranos Towers still have an important role nowadays; in fact the towers host, every year, the opening ceremony of Las Fallas, the famous traditional ceremonies taking place in March. 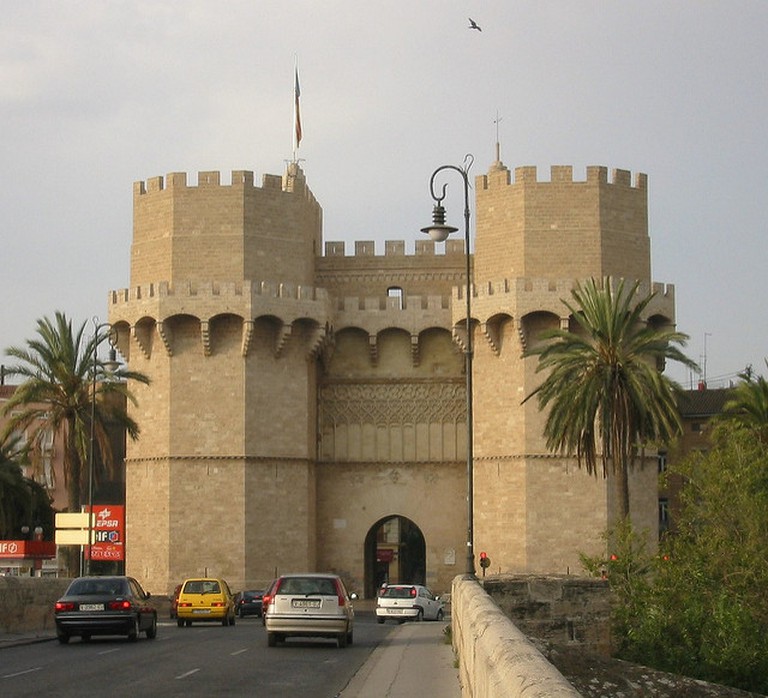 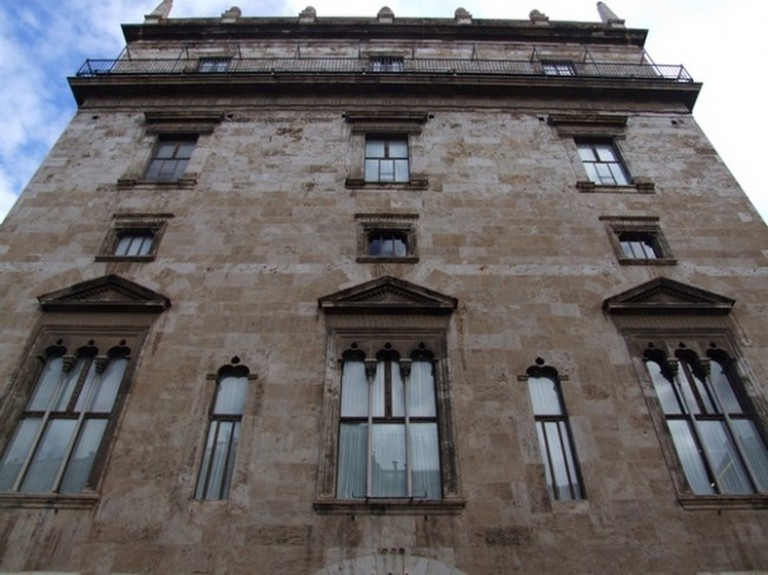 Palacio de la Generalidad | © Alessandro Tessari
Placed in the district of Seu, in the heart of the old city, the Palacio de la Generalidad Valenciana was built during the 15th century. Currently hosting the headquarters of the self-governing institutions, which autonomously regulate the city of Valencia, this palace is also important thanks to its architectural and artistic values. The building is a mix of Valencian Gothic style, Herrerian and Renaissance styles, with a worth-a-visit back garden full of typical oranges trees.
Open In Google Maps
2 Carrer dels Cavallers, València, Comunidad Valenciana, 46001, Spain
+34963866000
Visit Website
Give us feedback

Constructed between the 13th and 15th centuries, the cathedral is probably the clearest and most important example of Valencian Gothic Architecture. Notwithstanding some elements of Romanesque, Renaissance, Baroque and Neoclassical art, the whole building astonishes for its Gothic characteristics. The western façade of the cathedral is notable for its decorated entrance and the beautiful rose window. The inside impresses for its majestic groin vaults, and the Holy Chalice chapel.
Open In Google Maps
s/n Plaça de l'Almoina, València, Comunidad Valenciana, 46003, Spain
+34963918127
Visit Website
Give us feedback 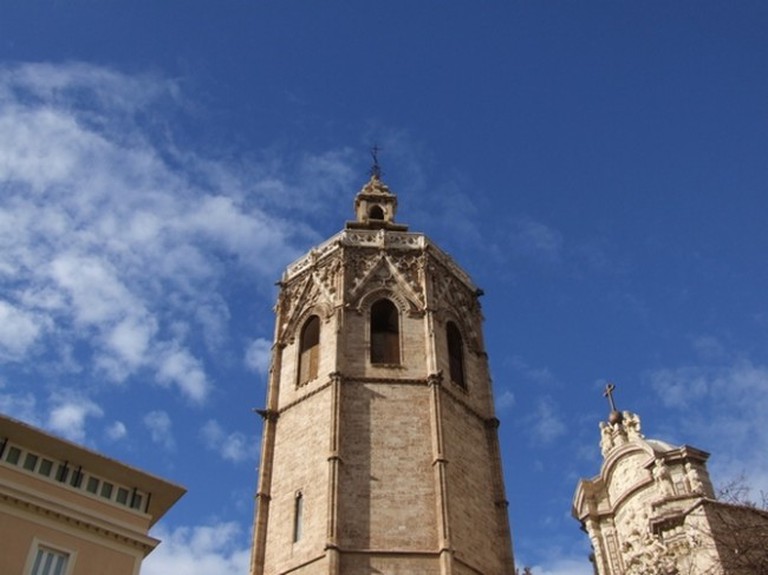 El Miguelete | © Alessandro Tessari
51-meters tall, El Miguelete is the bell tower of the adjacent Cathedral of Valencia. It stands tall over the old city with 206 steps to reach its top, in the form of an octagonal prism. Its structure and ornaments – the gothic decorations as well as the gargoyles statues at its corners – render El Miguelete a singular monument. However, what makes it different from usual bell towers, is the absence of a cover at its top as completion of the building. The construction of the upper part was indeed stopped in 1425, and aside from small changes, it was never completed.
Open In Google Maps
s/n Plaça de la Reina, València, Comunidad Valenciana, 46001, Spain
Visit Website
Give us feedback 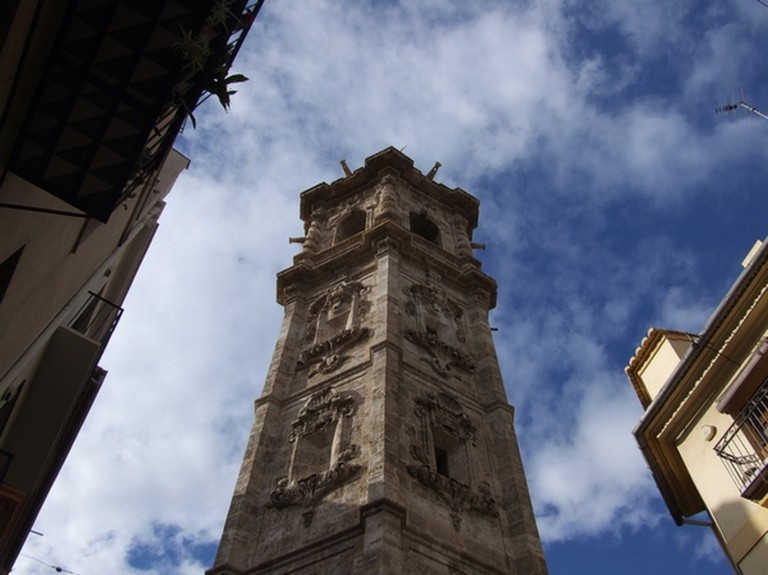 Santa Catalina | © Alessandro Tessari
The complex of Santa Catalina (Saint Katherine), with its church and bell tower, is situated in Plaça de Santa Caterina, not far from the Cathedral of Valencia. Easy to spot thanks to the tower, it stylistically blends a structural Valencian Gothic base with a baroque façade. Following popular legends, El Miguelete and the Tower of Santa Catalina are bound in marriage, respectively as husband and wife.
Open In Google Maps
s/n Plaça de Santa Caterina, València, Comunidad Valenciana, 46001, Spain
+34963917713
Visit Website
Give us feedback

The Almudín, as opposed to its peers, does not strike for its complexity. Architecturally sober, it was built during the 14th century. Its entrance is constituted of three arches, which recall the inside structure divided into three naves. However, its current role makes the Almudín of Valencia worth mentioning. Transformed in 1996 into an exposition hall, it unites its Gothic architecture and wall paintings with the different forms of art exposed. Hosting artists like Yoko Ono, Salvador Dalí and Miguel Navarro, the Almudín creates a perfect artistic mixture of old and new. 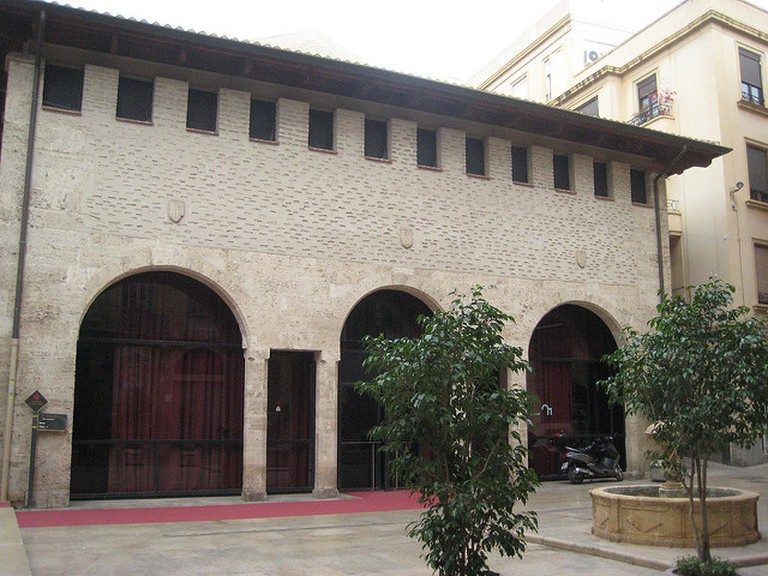 The Palace of Benicarlo is a former aristocratic residential building built by the Borgia family in the 15th century. Today, situated in the center of the city, it is the headquarters of the Valencian parliament. Mixing Valencian Gothic and Renaissance style, it presents a simple yet imposing façade, paired with detailed and decorated interiors. It has undergone many restorations over the years, but the arched doorways and the windows on the top floor are still visible examples of the Valencian Gothic influence.