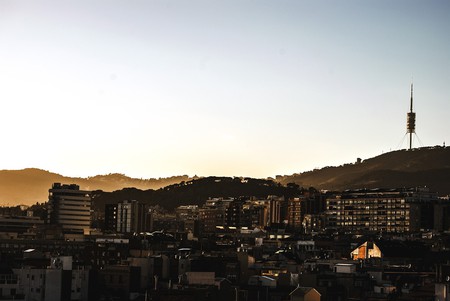 For many people, visiting Barcelona mostly means seeing the Gothic Quarter, the Born and perhaps a little of Eixample if they’re feeling adventurous. Ditch the tourist track and explore these underrated Barcelona neighbourhoods for an authentic taste of the city.

Once upon a time Poblenou was the industrial heart of Barcelona, home to factories and warehouses. Today, however, the area is undergoing a revival as Barcelona’s answer to London’s Shoreditch or NYC’s Meatpacking District. Poblenou has a more residential feel than some of the more central neighbourhoods and, while at first glimpse it may seem like there is not that much going on, you only need to scratch the surface to discover underground music clubs, pop-up vintage markets and local artists’ studios.

Located just the other side of La Rambla, El Raval was until relatively recently considered something of a no-go area for tourists and locals, owing to drug and crime problems. Following a local government program to clean up the area, the Raval is now a multi-cultural neighbourhood home to a community of artists and independent shopkeepers. The bars on Carrer Joaquin Costa are popular with the local skater scene and there are many Indian and Pakistani spots to grab an excellent curry. Don’t let the hustle and bustle of El Raval put you off, it’s one of the most unique neighbourhoods in Barcelona. 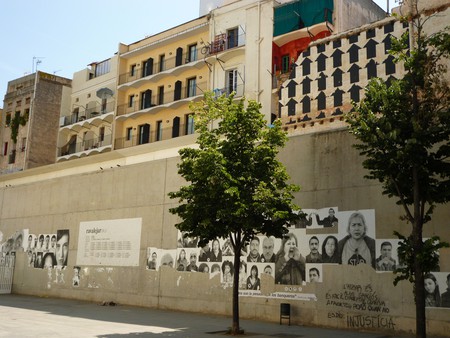 Chances are most travellers will never even have heard of El Clot and yet this residential Barcelona neighbourhood has existed since the Middle Ages, when it was a wealthy rural area on the outskirts of the city centre. Today El Clot is a true local’s neighbourhood with little in terms of tourist attractions but many traditional eateries, bars and a public food market, all of which act as meeting hubs for its close-knit community of neighbours.

Just across the Avenida Parallel, on the foothills of Montjuïc, Poble-Sec is a historically working-class neighbourhood which has lately become a popular foodie hotspot. Thanks to the presence of restaurants such as Mano Rota, Casa Xica and Xemei, Poble Sec has firmly established itself as one of the best places to eat out in the city. On the other hand, the Carrer Blai is popular for its many Basque-style pintxos – tapas on a stick – and cheap beer bars. Whether you’re after a foodie feast or a cheap and cheerful night out, you can find both in Poble Sec. 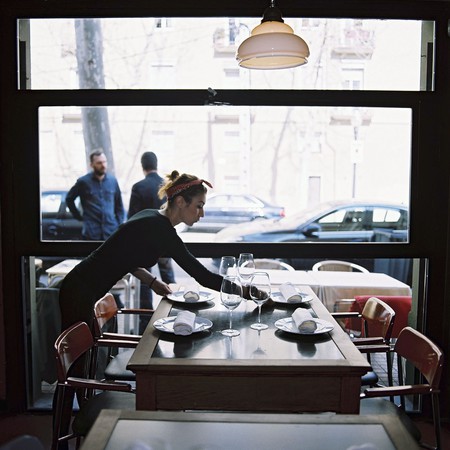 There’s good reason to think that Sants is going to be the next hot neighbourhood in Barcelona, given its great combination of neighbourhood spirits, laid back atmosphere, independent shopping and proximity to the city centre. One of the best ways to get to know Sants is to go on a tour of its authentic bodegas for a vermouth or two on a Saturday afternoon. This is when you can best get a glimpse of the conviviality which sometimes feels lost in more central Barcelona neighbourhoods.

For many locals, Sarrià is synonymous with the upper-classes of Barcelona, a neighbourhood full of luxury homes and mansions. While this is true, it also has a village feel to it similar to its neighbour, the trendy Gràcia district. The Carrer Major is lined with small shops and boutiques, as well as Bar Tomàs which is rumoured to serve the best patatas bravas in town. Neighbours stop for a chat on the public square, while friends and families catch up on the terrace of their favourite café. 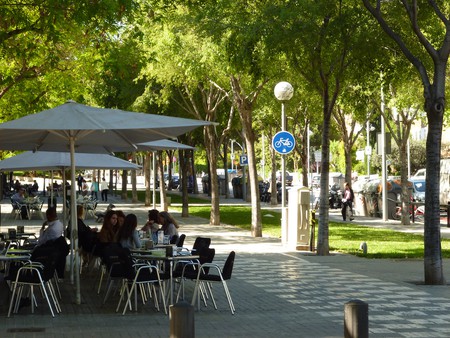 The terraces of Sarrià | © Oh Barcelona

At the meeting point of Sarrià, the Eixample and Sants, Les Corts used to be a wealthy neighbourhood which attracted those who could not quite afford to live on the other side of Avenida Diagonal. The centre of social life in Les Corts gathers around the public square in front of the Can Deu Civic Centre – a stunning Modernist edifice with a café and terrace open to the public. There are a number of restaurants and bars worth making the visit to Les Corts for alone, including L’Alegria and Fragments Café. 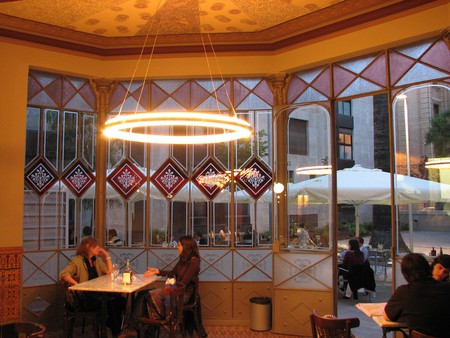