7 Traditional Dishes From Marbella You Need to Try 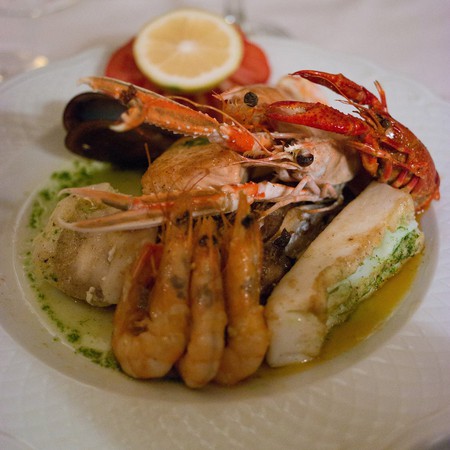 Seafood is what Marbella does best; Nan Palmero/flickr

No visit to Marbella would be complete without sampling its local delicacies. Read on for our pick of the city’s must-try dishes, including sardines cooked over beach fires and a summer salad of cod and oranges.

Ajoblanco (‘white garlic’) is a cold almond and garlic soup that dates from Spain’s period under Moorish rule: its other key ingredients are milk, white bread, grapes and apples. You’ll often see ajoblanco served in Marbella with a garnish of juicy melon, making it a refreshing snack or light lunch during the intense heat of July and August.

The beaches of Marbella abound with estepos de sardinas – ‘sardine skewers’ – crackling over glowing charcoals. This is the simplest and tastiest method of cooking these small but meaty fish: the sardines are skewered with wooden sticks, which are then planted in the sand next to a fire. The smoky flavour and crispy skin they acquire as a result are delicious. 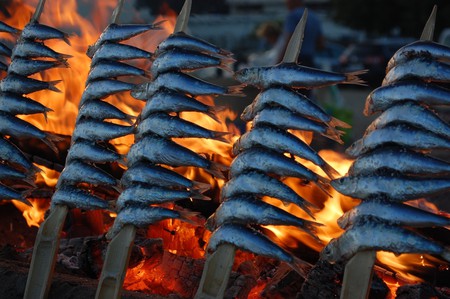 Sardine skewers cooking on the beach in Marbella; gavilla/pixabay

If you’re in one of Marbella’s many seafood restaurants and finding it hard to choose between the different varieties of fish on offer, there’s one simple solution: order a Fritura Malagueña. This Costa del Sol speciality is served as a platter of mixed seafood, the various elements of which – prawns, squid, sardines, chunks of cod – are lightly fried in a seasoned batter. Ideal for sharing.

When visiting Marbella, you’ll quickly realise that seafood is what it does best, an impression that will only be confirmed when you try gambas al pil pil. Raw prawns are flash-fried in their own juices with olive oil, chilli, parika and garlic, then served sizzling hot in little clay tapas bowls. The dish is accompanied by wedges of lemon and chunks of rustic bread with which to mop up the spicy sauce. 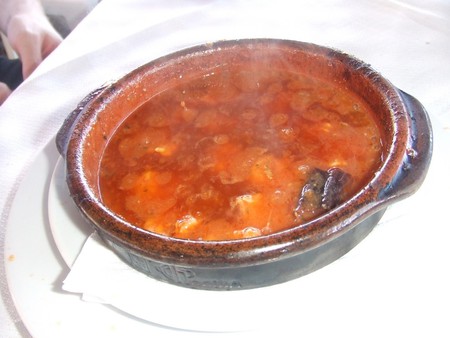 Boquerónes (anchovies) are a hugely popular tapas throughout southern Spain, and the freshness of the fish in Marbella makes them a must-try. They are offered either as a cold snack and dressed in olive oil, vinegar and garlic; or else they are fried in a salty batter and served hot, complete with the mandatory chunk of fresh lemon (or sometimes lime). Best enjoyed with an ice-cold caña (small beer) in a chiringuito.

Gazpacho is native to Andalusia and most of Marbella’s restaurants offer their own version of this world-famous cold soup. A blend of tomatoes, peppers, garlic, cucmber, bread, olive oil, water and garlic, it’s just right for a light lunch or mid-afternoon snack, especially if you’re visiting the city in spring or summer. This Andalusian classic is even more enjoyable with a glass of chilled white wine. 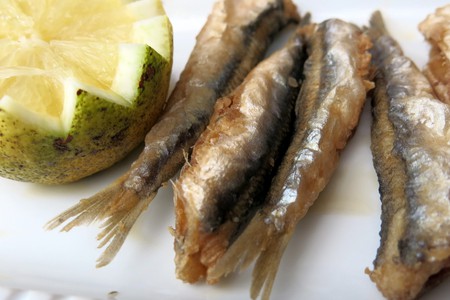 Served either hot or cold, anchovies are a Marbella speciality; M a n u e l/flickr

As its name suggests, this refreshing salad is a speciality of Málaga province and found on most menus in Marbella. It is a (perhaps rather bizarre-sounding) mix of cod, oranges, onion, potatoes and green olives, dressed simply with salt, olive oil and sherry vinegar. The combined flavours are wonderful, and the dish makes for a great shared starter, especially as portion sizes in Marbella tend to be rather generous.