Things You Need To Know About The Spanish Ibex 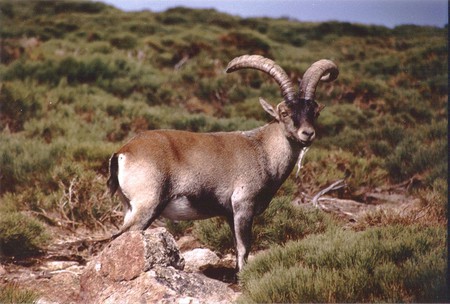 A distant relative of the common goat, the Iberian Ibex is a type of wild goat found in the planes and rocky mountains of Spain and Portugal. Although there are still many in the wild, numbers have decreased sharply in some areas and conservation efforts are underway to preserve the future of certain subspecies. Here are seven facts you should know about this often-overlooked animal.

1. There are four subspecies of Iberian Ibex, of which two are now extinct.

The Gredos Ibex and Beceite Ibex can still be found roaming the hills but sadly both the Portuguese Ibex and Pyrenean Ibex are now extinct. The Portuguese subspecies was last seen alive in the late 19th century, having been intensively hunted for its meat as well as small stones, which locals believed carried healing properties. The last Pyrenean Ibex died very recently, in the year 2000.

2. The Pyrenean Ibex became ‘unextinct’ for a brief moment in 2003.

Scientists were able to extract DNA from the last female Pyrenean Ibex to die and succeeded in creating a clone which was born on July 30th, 2000. However, the young Ibex only lived a few minutes and died of lung failure. No other attempts have since been successful. 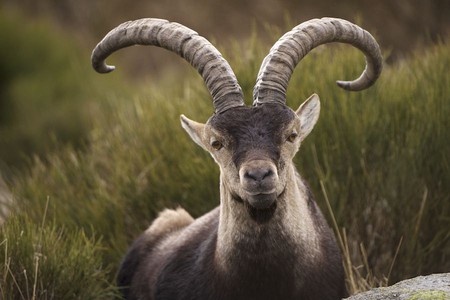 3. The male Ibex’s horns can grow to an astonishing 75cm in length.

Although both males and females have horns, the females’ are much smaller while the males’ horns can take on huge proportions. The males use their horns to do battle with other males during mating season, known as ‘rutting’.

4. The female Iberian Ibex reaches full body maturity up to two years before its male counterpart.

Although the female Ibex is notably smaller in size than the male, the female completes the ossification process through which its bones reach full maturity and strength up to two years earlier than young males. 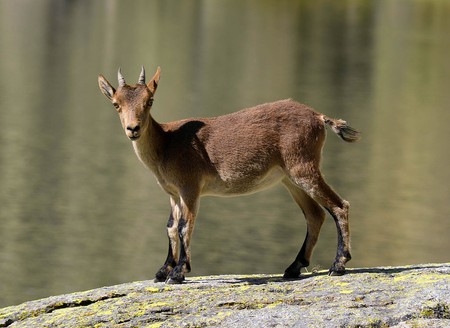 5. The Iberian Ibex has a remarkably sophisticated way of signaling the arrival of predators.

When travelling in large numbers, it’s important for the animal to have an efficient way of letting the whole herd know that danger is on its way. The Iberian Ibex positions itself with its head bowed in the direction the predator is arriving from, before producing a unique sound which alerts its companions of the threat.

6. The Iberian Ibex flees its predators in orderly same-sex groups.

Although it may seem disorganized to the untrained eye, when a herd of Iberian Ibex notice their predator they flee to safety in an orderly manner, with an older female leading the way for the group of females and their young, while an elderly male will lead the rest of the males to safety. 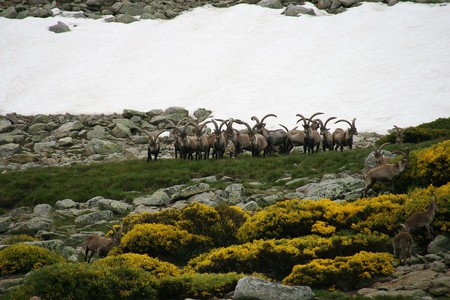 7. During the summer months, the Iberian Ibex can climb up to 3,000 m in altitude.

These Ibex are native to rocky mountains where they graze and forage for their food. In the winter the cold weather forces them to lower altitudes in order to find food but in the summer months they have been known to climb mountains and reach up to 3,000 m in altitude.