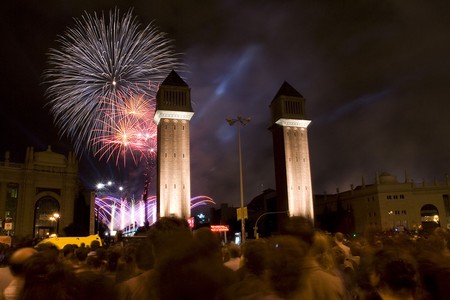 Come September, Barcelona residents only have one thing in mind: the week long celebration culminating on the Día de la Mercè, Barcelona’s unique bank holiday on September 24th. From fireworks to human pyramids, there’s much to look out for during this special celebration, which is one of the locals’ proudest moments of the year. But if you really want to party like a local and make the most of La Mercè this year, here are seven facts that you really should know.

1. The celebration began in the Middle Ages after Barcelona was miraculously saved from two disasters…

The origins of the festival are religious and celebrate the intervention of the city’s patron saint, the Virgin of Grace or ‘La Mare de Déu de la Mercè’, who saved the city on two notable occasions. On September 24th, 1218 the saint is said to have appeared to King Jaume I and ordered him to create a religious order to save his christian countrymen captured in Saracen lands. Centuries later, in 1687, the saint is believed to have appeared once again and freed the city from a plague of locusts.

2. … but was not officially recognized by authorities until 1868.

Although celebrations had taken place spontaneously since the Middle Ages, it wasn’t until the late 19th century that the festival was officially recognized by the local authorities. Since then the various displays, dances, and performances that take place during the celebration have been centrally coordinated by the local government, although individual neighbourhood groups still play an important role. The church was a little quicker in honouring the saint’s benevolence towards the city, making her the patron of the Barcelona archdiocese in 1868 upon declaration of Pope Pius IX. 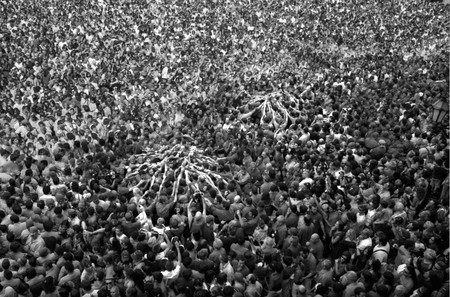 3. Each year there is a ‘guest city’ invited to celebrate alongside the city.

As part of an attempt to broaden cultural understanding between countries, each year Barcelona invites a guest city to participate in the celebrations in order to display the best of its artistic and cultural scene. The two cities collaborate throughout the year in the lead-up to the event, bringing together the best of their own cultures to produce unique projects. Recent guests include Buenos Aires, Stockholm, Montreal, St Petersburg, and Dhaka. 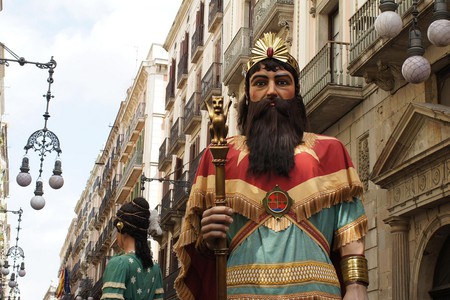 4. The poster announcing the celebration is designed by a different local artist each year.

Every edition of La Mercè receives a custom-designed poster created by one of the city’s most prominent artists of the time. This is a a great honor for whoever is invited, an opportunity to become part of the history of the city’s most important cultural celebration and the posters themselves are considered collector’s items. Notable past participants include the Catalan painter, sculptor, and art theorist Antoni Tapiès, whose art foundation is one of the most important artistic centres in the city.

5. Each year the celebration is inaugurated by a special speech read by a prominent cultural figure.

One of the most important but often overlooked parts of the celebration is the opening speech, called ‘pregó‘ or ‘proclamation’ in Catalan. Each year a different personality from the Catalan cultural sphere is invited to compose and read out the speech in front of a private audience of notable local figures to mark the beginning of the week-long celebrations. Remarkably, in 1995, the city invited Tarik Kupusovic, the then-mayor of Sarajevo to read the speech in an act of solidarity with the besieged Bosnian capital. 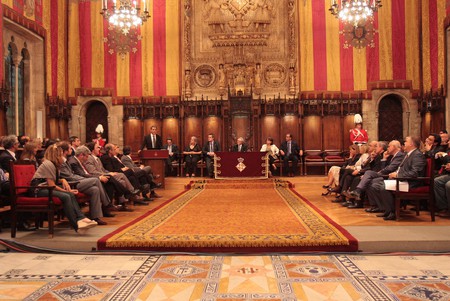 6. It’s one of the best opportunities of the year to witness Catalan cultural traditions and folklore.

Since the 19th century the celebration has largely been considered an important cultural as well as religious celebration, and La Mercè is the best time of the year to witness the rich diversity of Catalan traditions and folklore. This includes ancient practices such as the correfoc, a ‘fire-run’ during which devils take to the streets and light fireworks which the public must avoid being burnt by; the ball de gegants, or ‘ball of the giants’, a celebration in which large papier-mâché figures are paraded through the city to music; and la sardana, a traditional dance in which participants form a circle and hold hands.

7. The ‘Castells’ or human pyramids were declared to be amongst Masterpieces of the Oral and Intangible Heritage of Humanity by UNESCO.

Perhaps one of the most remarkable elements of the cultural displays which take place during La Mercè is the castells, or ‘castles’. These are human pyramids carefully constructed by the group of castellers which typically include men, women, and small children. The latter are an important part of the formation as they are expected to climb to the very top of the pyramid, which can at its largest be 9 or 10 people high.