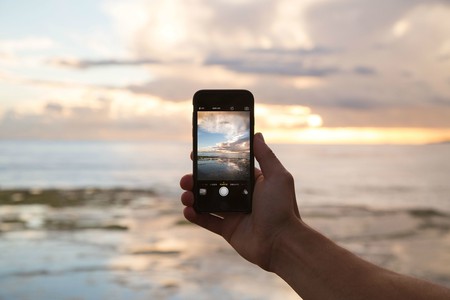 Spain has emerged from a crippling economic crisis into a confident new era, where startups are flourishing and the country is full of talent, creativity and ingenious tech ideas. From secret weekend breaks to the best apps for job and flat hunting, we take a look at some of the most exciting Spanish startups you should be keeping an eye on right now.

Glovo, founded in 2015 in Barcelona, is a delivery service that aims to make life easier for the modern man and woman. Anything you need can be brought to your door in under an hour thanks to Glovo’s app and team of couriers, known as ‘glovers’. Use the app to connect to local couriers, who pick up and deliver everything, whether you want your lunch delivered or you need someone to pop to the pharmacy for you or pick up an urgent package, for a fixed fee of €5.50. Glovo is currently available in Madrid, Barcelona, Valencia, Zaragoza, Seville and Malaga as well as internationally in Paris and Milan.

This virtual marketplace, which allows users to sell and trade their second-hand goods, has enjoyed plenty of success since it was founded in 2013. Its founders wanted to invent a mobile marketplace that made selling and trading as easy as tapping a button. Today, the Wallapop community has 30 million users, who have reused over 3.5 million products, from cars and motorbikes to clothes, books and video games.

Typeform was founded in Barcelona in 2012 by Robert Muñoz and David Okuniev. The company produces creative, beautiful and – as it points out on its website – more ‘human’ forms for companies as diverse and global as the Financial Times, Airbnb and Facebook. Typeform offers easily customisable forms, surveys and quizzes that make it easy for companies to interact with people online, whether they want engaging job application forms or forms offering friendly customer feedback.

The Wonder Trip aims to make weekend breaks hassle free – and add an element of suspense to your time away – by organising a surprise trip. Sign up on the website, and choose either the €149 or €199 option, then the startup will do the rest, booking your flight and hotel in a mystery location. For €199 per person, you could have four days and three nights in locations including Rome, Prague and Tangiers. The trips are currently available out of Madrid, Barcelona, Malaga and Amsterdam. You can tick a range of cities that interest you, so you will be guaranteed a long weekend somewhere you do actually want to visit; you will find out exactly where 24 to 72 hours before your departure.

This Spanish startup success offers long term home rentals for people looking for apartments or houses for longer than one month. The company was founded by Alejandro Artacho who launched in Spain because of its popularity with study-abroad students and foreign expats. Unlike Airbnb, which caters mainly to travellers, Spotahome takes the place of the traditional estate agent, cutting out the middle man and showing available homes via its website and app. The startup won the grand prize at the 2016 South Summit startup conference.

When in Brussels, do as spotters do and make sure to check every corner of the city 😎 #spotyourlife . . . #brussels #theprettycities #placestogo #seeyourcity #globetrotters #travelbug #expat #digitalnomads #expatlife #travel #neverstopexploring #liveauthentic #instatravel #wanderlust

Employment app Cornerjob makes recruiting easy by using up to the minute technology to allow companies to create a profile in less than a minute and publish their job offer in a tweet-like 140 characters. Chat functions allow companies to talk directly with potential candidates, who can pinpoint jobs by geographic location and job sector on the app. There has been a lot of buzz about Cornerjob in tech media and the startup secured another $19 million of funding in early 2017, with which it aims to expand into new markets and focus on product development.

This Madrid-based startup is shaking up the marketing world by connecting companies to powerful ‘influencers’, i.e. people with huge social media followings who can provide great exposure for products via their channels. Brands can use Influencity to search the most relevant influencers by location, age, language and even audience data. The startup has worked with brands such as MTV, Sony, JustEat and Uber.