7 Secret Spots in Valencia Even the Locals Don't Know About

Jaser Cervantes / © Culture Trip
There’s a lot to see and do in Valencia, Spain. Once you’ve visited all the must-sees, it’s time to get to know the city a little better by exploring off the beaten path. You never know what you might find down a cobbled alleyway or tucked around a corner. Here are some of the quirky, hidden sights that even many locals don’t know about.

The “House of Cats”

Another quirky find in El Carmen. At the northern end of the Old Town, walk along Carrer del Museu and look down, and you’ll spot the façade of a tiny house embedded in the blue wall. Complete with tiled roof, arched doorway, balcony, fountain and a potted plant for a garden, it’s a miniature version of the classic Valencian house. As for how it got there, no one really knows, but people say it was built for the many stray cats in the area by a woman who used to live in the building 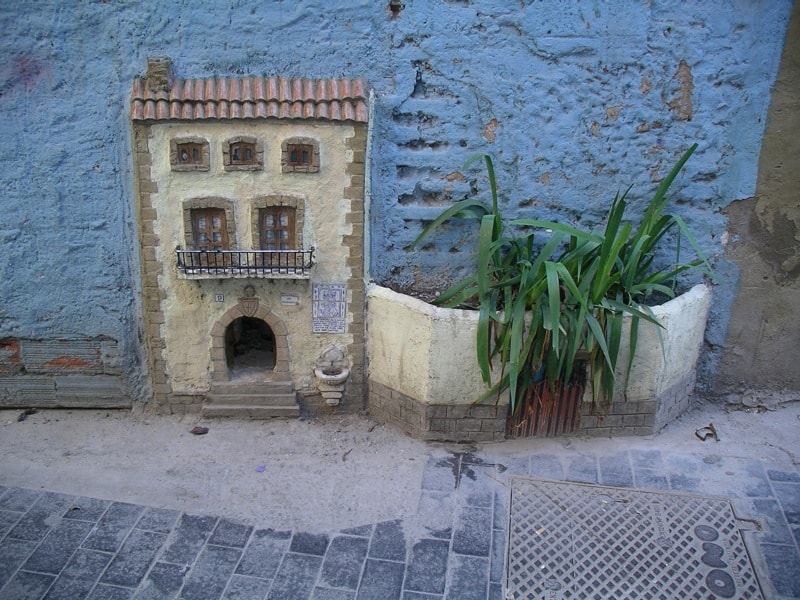 Museum
If you’re visiting the Silk Museum, duck down the lane alongside it and you’ll spot a curious arched wooden doorway that looks like it leads somewhere magical. Step through into a peaceful, atmospheric courtyard belonging to the Silk Museum. The courtyard houses its smart (and pricey) GastroBar café, but there’s plenty of space to come in just to admire the space.
More Info
Open In Google Maps
7 Carrer de l'Hospital, València, Comunidad Valenciana, 46001, Spain
+34963511951
View menu
Visit website
Visit Facebook page
Send an Email
Give us feedback

Tucked away down a quiet alley in the El Carmen neighbourhood, this stunning medieval gateway is not on the tourist trail and even some locals aren’t aware of it. The Valldigna Gate was built in the 1400s, separating the Christian and Moorish areas of the city. It was part of the ancient Arab Wall, a piece of which you can see just a few metres away on the Carrer de les Salines, sitting between apartment buildings. Like other ruined parts of the Old City, the gateway and wall were almost demolished at the beginning of the last century. The gateway was given protected status and restored in the 1940s, though the ruined wall is sadly neglected. 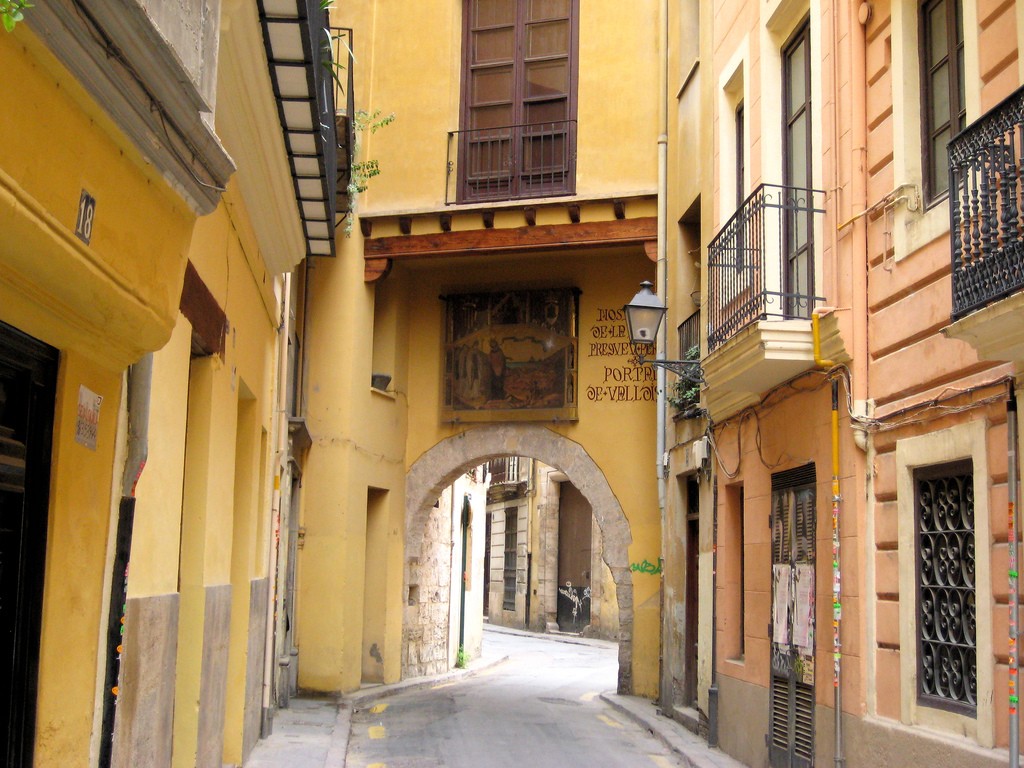 Monks still live at the Colegio del Patriarca (or Seminario del Corpus Christi) which is a stunning sight with its fresco-covered interior. But on entering the church you’ll spot one of the strangest decorations to have ever graced a religious building – a stuffed crocodile mounted over the holy water basin. This is the “Dragon of the Patriarch”, and it keeps watch over the entrance from its unexpected position. No one’s sure why, but one theory is that it was a souvenir brought back from an early Spanish expedition to Peru and placed in the Church as a symbol of silence, given that these creatures have no tongue.

Model of the walled city

Fans of architecture and all things miniature will love this tiny version of 18th-century Valencia. See how the city looked in its days as a walled city with this incredibly detailed scale model, based on a plan made by Valencian scholar and cartographer Father Tosca. All the model buildings (including 450 blocks of houses) were cut and hand-painted by master craftsmen. Try to spot landmarks like the Torres de Serranos, and see the now-demolished palace, which stood where the main Plaza del Ajuntamento is today and gave the square its curious shape. Find it in the hall of the unconventional Valencian Museum of Illustration and Modernity, or MuVIM. 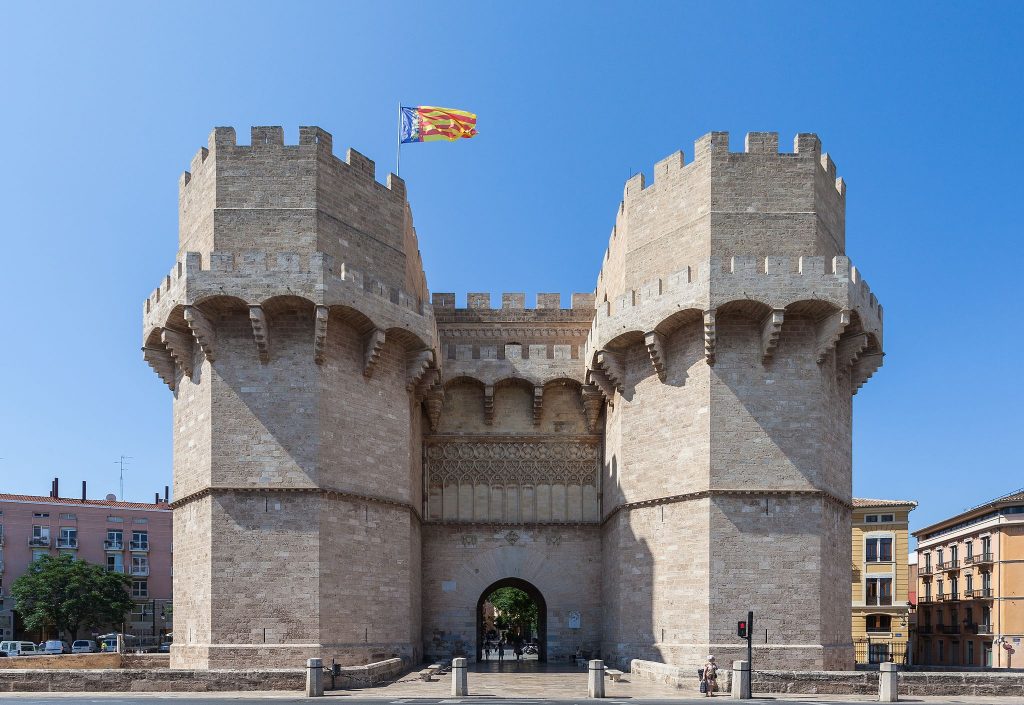 If you were paying attention to the scale model at the MuVim (above), you may have spotted a curious cross-shaped building that seems to be very close to where you’re standing. Walk outside and you’ll see it – or part of it. The ruins of a medieval hospital are preserved here, with one of its tiny chapels still standing, surrounded by palms and green space.

Valencia has a strong Moorish history, and its influence can still be seen in everything from food to architecture. This 13th-century Arab bath house, also known as Abd-al-Malik, was one of the last Moorish structures completed before the Catholic reconquest of Valencia. The entrance hall features original mosaic tiles and stunning arches. It’s the last remaining of ten Arab bath houses that once stood in the city.