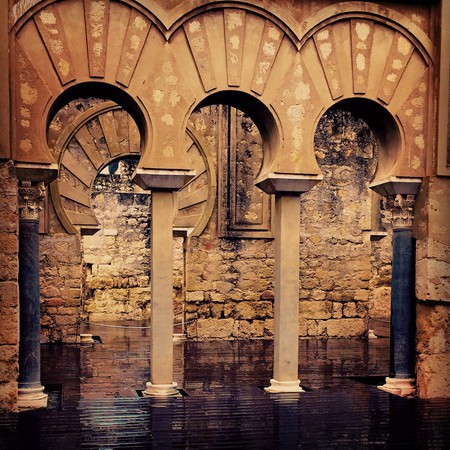 A few miles outside Cordoba, on the sun-baked plains of Andalusia, stand the remains of what was once Moorish Spain‘s most important city. Read on to learn why a trip to Medina Azahara – ‘The Shining City’ – should be at the top of your itinerary the next time you visit Cordoba.

The ruins of Medina Azahara (‘the Shining City’), once the administrative capital of Islamic Spain, are located eight kilometres (five miles) outside Cordoba and constitute about 10% of the original settlement. Work on this governmental centre began in 936 on the instructions of Abd ar-Rahman III al-Nasir, the Umayyad Caliph of Cordoba, and proceeded at an astonishing rate (especially when you consider that Cordoba’s Mosque-Cathedral took over two centuries to build): just five years later, Medina’s mosque and royal palace were complete, in the latter of which the caliph had taken up residence. Medina didn’t stand for long – it was looted and abandoned in 1010 – but during its brief lifespan it was the most important city in Al-Andalus, as Moorish Spain was then called.

Visitors with an interest in architecture will be particularly interested by the layout of Medina Azahara. The gentle hill on which it was built was carefully chosen, as it allowed for a tiered construction that is still visible today. The Shining City consisted of three levels, each playing a specific role in the functioning of the settlement: on the uppermost level was the royal palace, official residence of the caliph Abd-ar-Rahman III; the middle platform was taken up with governmental buildings and public gardens, while on the lowest tier were the mosque and the citizens’ houses. From the top layer, you can enjoy the same stunning views over the countryside as the caliph did in the 10th century. 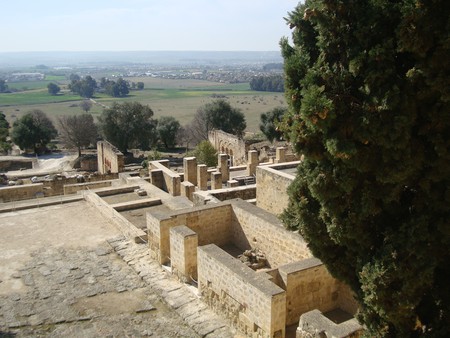 View from the top level of Medina Azahara | Tom, flickr

Medina Azahara covers over a million square metres (112 hectares), making it the largest archaeological site in Spain. It’s advisable to allow a good couple of hours to wander the narrow streets that weave among the city’s crumbling ruins: a leisurely visit gives you time to imagine the bustling governmental activity once conducted in the buildings on Medina’s middle level, and the lives that were lived in the houses at the bottom. Still standing are the remains of royal residences, the foundations of the mosque and some particularly fine Moorish arches and facades.

Despite its size and historical significance, Medina Azahara is often missed off the itineraries of visitors to Cordoba, perhaps because of its location a few miles outside the city. But for precisely this reason, a few hours spent at these ruins affords you an unforgettable experience. You’ll also gain a deeper understanding of the Moorish period of Andalusian history, and the central importance of Cordoba and Medina Azahara during that epoch, than you would if you stuck to attractions in the city centre. 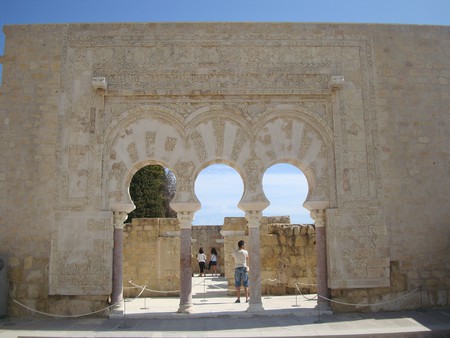 Medina Azahara is located about eight kilometres (five miles) west of Cordoba, in the vast plains that surround the city, and is easy to get to from its more famous bigger brother. It’s worth bearing in mind that the actual remains are situated almost a couple of miles from the reception and parking area (which also has a small museum) where you must leave your car if you are driving (follow the A-431 motorway until you reach the sign for Madinat al-Zahara). From here, a shuttle bus runs to the site every 20 minutes. Alternatively, a bus leaves from the centre of Cordoba, just outside the Alzacar de los Reyes Cristianos, at 11am Tuesday–Sunday, and during summer, also at 4.30pm. The round trip costs €8.50.

It’s not hard to see why Medina Azahara’s Moorish architects chose the site they did for this important city. Spread out over a gently rising hillside and facing south onto the untamed landscape that surrounds Cordoba, the settlement gave its residents clear sight of any approaching attackers. Yet you can’t help feel that the views – especially from the upper level, on which the caliph’s private residence was situated – were sought out for their aesthetic value too: the vast expanses of dramatic countryside that surround Medina Azahara give a sense of serenity when contemplated from the city’s highest point. 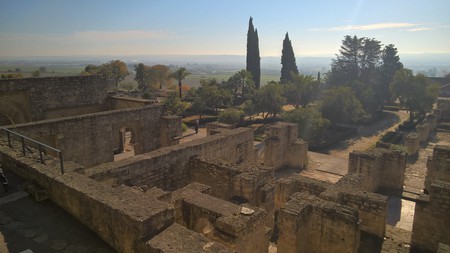 Stunning views from from the top of Medina Azahara | Jesus Abizanda, flickr

Legend has it that Abd ar-Rahman built Medina Azahara for his favourite concubine, Azahara. Though historians doubt this was the actual (or at least sole) reason for the city’s construction, it would be wonderful if there was some truth to it, for it would surely make Azahara the most pampered concubine in Spanish history. The more likely reason for Medina Azahara is that the caliph wanted to show off the power and importance of Islamic Spain, and establish it as a rival to the great cities of the east: an aim he undoubtedly fulfilled in creating this magnificent settlement.
Carretera Palma del Río, km 5.5, Cordoba, Spain, +34 957103637
Give us feedback