7 Reasons Why Barcelona is a Skater’s Paradise 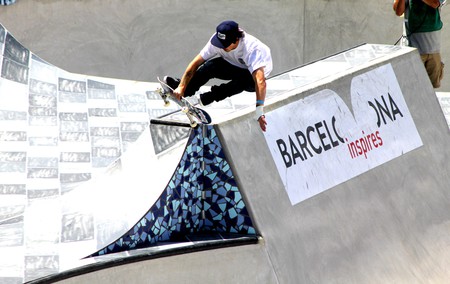 Wondering whether you should come to Barcelona for your next skateboarding trip? Or unsure if you should pack your skateboard when visiting Barcelona? Here is why there’s no doubt at all that Barcelona is one of the best cities in the world for skateboarders.

Of course the main reason you would want to skate in Barcelona is because it’s home to some truly epic skate spots. There are parts of the city that literally seem to have been designed with skaters in mind – and that’s without counting the purpose-built skate parks.

The fact that there are, on average, just 55 rainy days a year in Barcelona means you can enjoy some 310 days of dry weather to get out and skate. What’s more, it’s usually sunny in Barcelona and overcast days are few and far enough between that you’ll enjoy a little respite from the sun when they do happen. 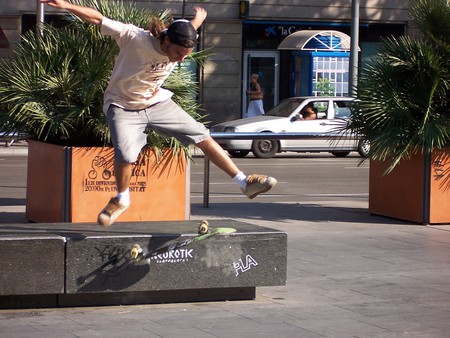 Officially, the MACBA is Barcelona’s museum of contemporary art, which was designed by renowned American architect Richard Meier. Unofficially, it’s the epicentre of Barcelona’s skating scene, a place people come to skate – the outdoor courtyard has some great features – but also socialise. Theoretically, skating is permitted there on Sunday and Tuesday evenings, but in practice people skate there every day.

Although accommodation prices have risen in recent years, staying in Barcelona is still relatively cheap compared to other major European cities. The cost of living once you’re here is also reasonable, with things like bottled water, sandwiches and fresh fruit costing just a few euros. 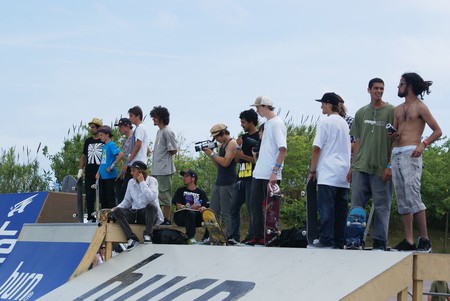 Relative to some other large cities, the authorities in Barcelona are generally more tolerant of skaters. This isn’t to say you won’t get in trouble if you’re considered a nuisance or a threat to the public. But police are more likely to simply ask you to move on than issue you with a fine if they have to interfere.

There are some fantastic skate shops dotted around Barcelona, catering to the sizeable skating community and those who visit the city and want to skate. Buying a new board, changing your trucks or getting some replacement shoes when yours have finally given up is easy. 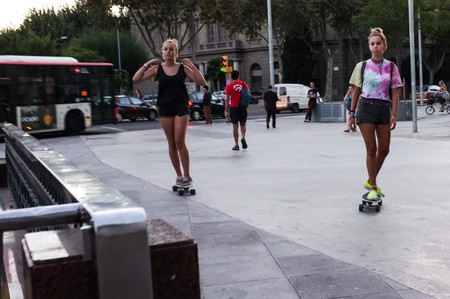 That’s right, there’s even a hostel catering to those coming to skate in the city. The Sant Jordi hostel in Sagrada Familia was designed with skaters in mind, down to the mini-ramp in the basement. They organise parties nearly every night and can advise on all the best skate spots and give helpful tips for skating in the city.