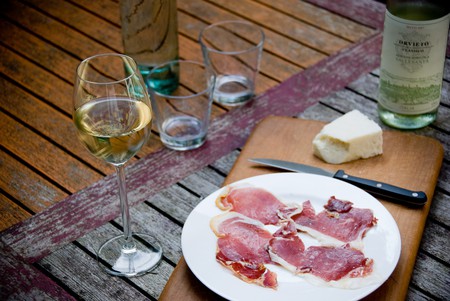 Cured meats, or ‘embutidos’ as they are known in Spain, are one of country’s finest gastronomic specialties and most popular exports. We’ve compiled the ultimate list of the most delicious Spanish cured meats you need to try.

Without a doubt the King of Spanish cured meats, although technically not an ‘embutido‘ seen as it is not prepared in sausage form, Jamón Iberico is the finest quality of cured ham available in Spain. In order to earn the name ‘Iberico’ the pig needs to have been fed on acorns during the final months of its life, giving it a distinctively nutty taste. 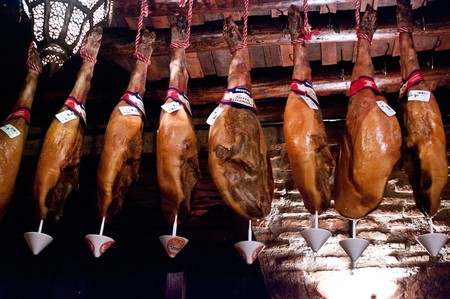 This spicy sausage is known the world over and is a popular ingredient in many modern kitchens. Its unmistakable warm, spicy flavor comes from the smoked paprika which is added to the meat before drying. The chorizo sausages can be hard or soft, depending on how long they have been dried. When cooking with chorizo, chefs often opt for the softer kind which releases its flavorsome juices. If being served on a meat platter, the chorizo is often hard and thinly sliced into bite-sized morcels.

Similar to chorizo in flavor, sobrassada is a meat-preparation native to the Balearic Islands off the east coast of Spain. What is remarkable about sobrassada is its soft texture which makes it ideal for spreading over thick slices of bread in the summer, or mixing into sauces and stews in the winter. Rich and unctuous, its is generally bright orange as a result of the high concentration of paprika. 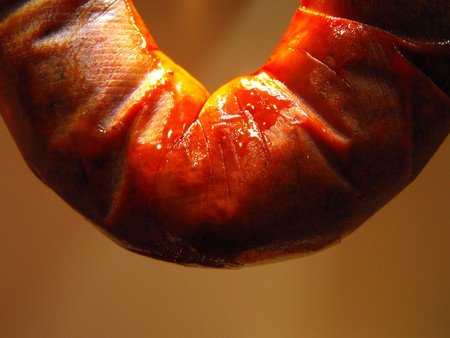 This humble cured sausage is one of the prides of the province of Catalonia in north-eastern Spain and is a close cousin to Italian salami or French saucisson sec. Prepared using pork meat seasoned with garlic and black pepper, it is usually made into finger-width sausages which are a popular apéritif or tapa in Catalonia.

This is the Spanish version of a traditional blood-sausage, and comes in many regional variations throughout the country. The most popular type of morcilla in Spain is known as ‘Morcilla de Burgos’ after the town from which it originates and is made using fresh pork blood, fat, rice and onion. Other recipes can include pine nuts, almonds, mashed potato, or breadcrumbs. Like chorizo it can be either cooked into dishes or served cold as an apéritif or tapa.

Uncommon in most of Spain, this flavorsome sausage is one you will have to search out in the province of Galicia or León. Androlla is nearly always eaten cooked and served alongside a portion of boiled potatoes known as ‘cachelos‘. Curiously, its name comes from the French sausage andouille although the two dishes have very little in common.

Another native of the province of Catalonia, botifarra can come in a wide range of flavors, sizes and textures depending on how it is prepared. Black botifarra is similar to morcilla and is prepared with blood, whereas white botifarra is made with lean meat. There is also a version of botifarra which comes raw and is cooked before eating, usually served alongside white beans. 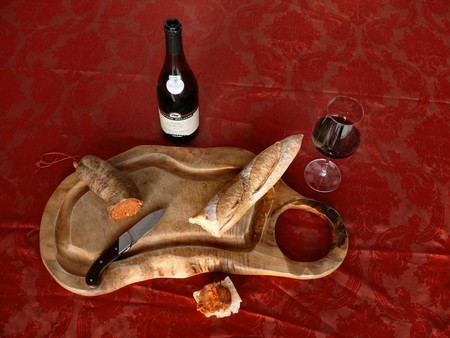 A selection of meat, bread and wine | © dynamosquito / Flickr
Give us feedback