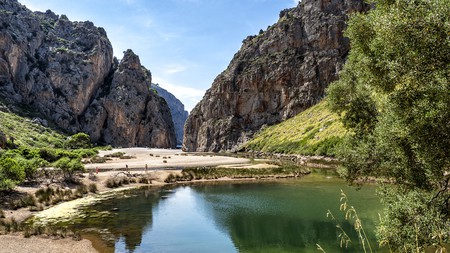 Hike from the isolated village of Sa Calobra to discover the towering rock formations of the Torrent de Pareis | © Jose A. Bernat Bacete / Getty Images
Paid Partnership With

Sunny and soulful, Mallorca captures the essence of the Mediterranean. It may be best-known as a sun-seeker’s paradise, but there’s a lot more to this Balearic island.

With cerulean waves lapping the shores, and orange groves and mountain villages filling its centre, Mallorca is overflowing with natural and cultural wonders. From one of the largest underground lakes in the world to a honey-coloured capital, here are eight must-see marvels in Mallorca.

Before heading to the beaches, make sure to spend time in the capital of Mallorca – the graceful city of Palma, where historic buildings sit alongside lemon-coloured apartments and streets are lined with palm trees. Begin with a visit to the elegant gothic cathedral of La Seu before getting lost in the medieval streets of the old town, stopping for an ensaimada (sugar-dusted pastry swirl) along the way. In the afternoon, head to the west of the city to visit cultural attractions such as the imposing 14th-century Bellver Castle and the Fundació Miró Mallorca, home to the whimsical works of Catalan artist Joan Miró. 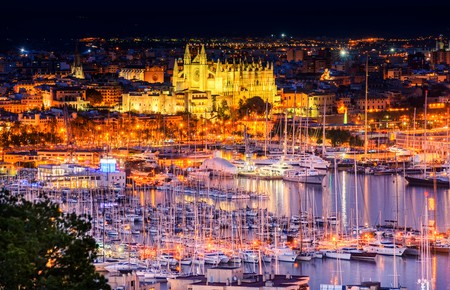 Forget going down into dark and dingy clubs: why not explore the natural caves of Mallorca instead? Far from your typical dank cavern, Cuevas del Drach and Cuevas dels Hams are two of the most remarkable caves in Spain. Cuevas del Drach is home to Lake Martel, one of the largest underground lakes in the world, and is best explored by boat. The ceilings are covered with tiny stalactites that reach toward the sparkling emerald and sapphire water below. The Cuevas dels Hams, on the other hand, offer an eerie underground world filled with unusual rock formations lit by coloured lights. 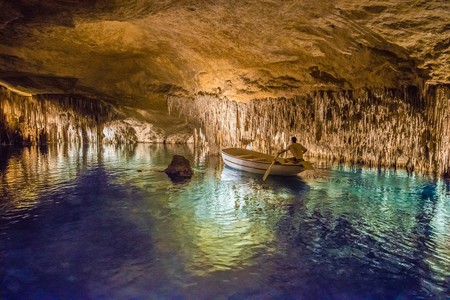 Float along Lake Martel, one of the largest underground lakes in the world, when you visit the Cuevas del Drach | Courtesy of Spain Tourism

The only national park in Mallorca lies off the south coast and includes a small archipelago. The largest island is Cabrera itself, which is uninhabited and remains almost untouched. The wider park covers both land and sea and is a treat for nature lovers; birds of prey swoop through the skies and reptiles slither through its centre, while the seas are home to more than 200 species of fish, bottlenose dolphins and turtles. The park can only be reached by boat from the mainland; once there, explore by taking one of the eight guided routes. 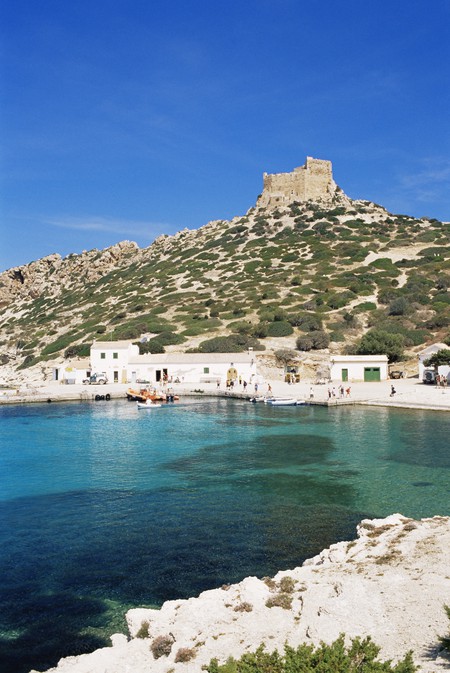 Cap de Formentor, the northernmost point on Mallorca, may be the best-known spot on the island to watch the sunset, but if you don’t want to queue for ages, the peninsula of Sa Foradada is equally as good. On a spit of land along the island’s northwestern edge, Sa Foradada is magical at any time of day. Visit just in time for sunset and watch it from the Mirador de Sa Foradada lookout. Alternatively, go in the daytime to hike down to the water’s edge and eat lunch at a local restaurant, where paella is cooked over a traditional wood fire. 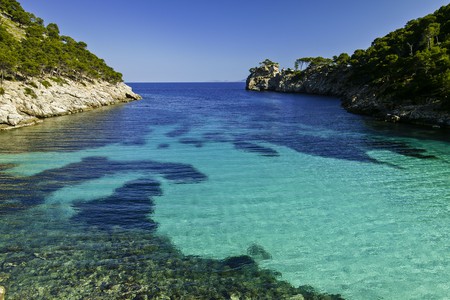 For an epic sunset and panoramic views of the Mediterranean Sea, head to the peninsula of Sa Foradada | © Mallorca Turisme

Mallorca is known for having gorgeous beaches and calas (inlets). And while there are many renowned spots within the popular resort towns, it’s the ones you can only reach on foot that are the very best. These stretches of sand have few facilities, but are blessed with secluded natural beauty. Some of the most outstanding include Cala Varques, reached via a 25-minute stroll through the forest; Cala Magraner, accessible on a 40-minute hike along the eastern coast; and Es Caragol, a 2km (1mi) walk from the Ses Salines lighthouse, at the southern tip of the island. 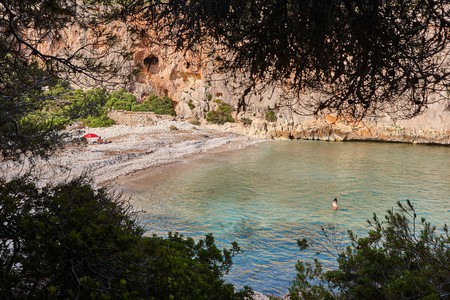 After a 40-minute hike you’ll be rewarded with Cala Magraner beach, one of the prettiest secret beaches in Mallorca | © Guillermo Avello / Alamy Stock Photo

The GR221 hiking route – known as the Ruta de Pedra en Sec (Dry Stone Route) – runs for 140km (90mi) from Port d’Andratx in the south to Port de Pollença in the north. It typically takes just over a week to complete, but you can walk part of it in a few hours. One of the most picturesque hiking sections is from the mountain village of Deià to the crescent of golden sand at Port de Sóller. Clamber over rocky passes, through citrus and olive groves, past luxurious villas and end with a rewarding swim in the Mediterranean. 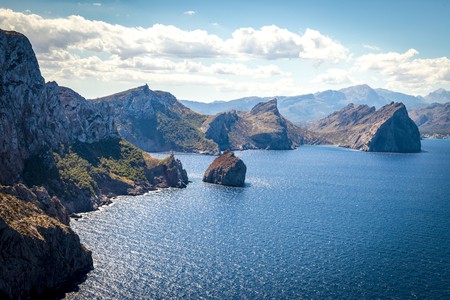 The Unesco-listed Tramuntana mountain range stretches for 90km (56mi) across the northern edge of Mallorca. This craggy limestone landscape is dotted with villages, including Deià, Valldemossa and Fornalutx, the latter has been named one of the most beautiful villages in Spain. There are various ways to explore the Tramuntana, from hiring a car or bike to taking the old-fashioned wooden Sóller train straight through them. Other cultural highlights here include the house of English poet Robert Graves in Deià and the Moorish-style Jardines de Alfabia. 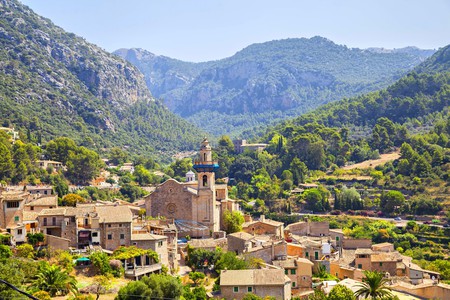 It’s a thrilling drive along the northern coast of Mallorca to reach the isolated village of Sa Calobra, twisting and turning along hairpin bends that zig zag over the rocky countryside. If you’re a biking enthusiast, one of the best ways to experience it is on two wheels, zipping along the rollercoaster ride between the mountains and Sa Calobra beach, which is known for its birdlife. From here, it’s around a 90-minute hike to the spectacular Torrent de Pareis gorge where 200m (656ft) rocks tower above you. If you want to hike the amazing five-hour gorge route, it’s best to hire a guide as it’s particularly tricky and you may need equipment. Note, this hike is only possible between May to October. 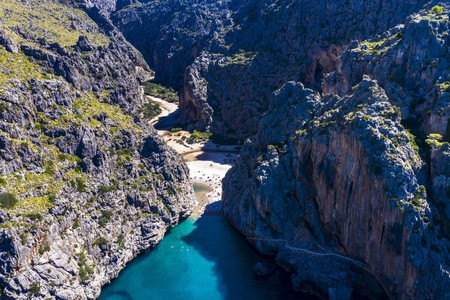 Learn more about this underrated Spanish island and plan your own adventure at spain.info