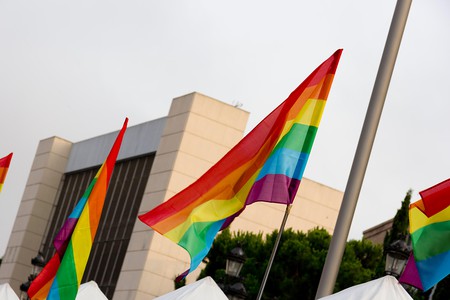 Barcelona is one of the world's most LGBTQ-friendly cities | © Juan J. Jimenez / Alamy Stock Photo

Barcelona takes pride in being a city that shows great respect for cultural and sexual diversity. It has pioneered many LGBTQ social demonstrations as well as cultural events, parties and shopping experiences oriented to this community but open to everyone. Culture Trip has rounded up the best LGBTQ events in the Spanish city.

Barcelona’s LGBTQ community is perhaps most visible in the Eixample district, dubbed ‘Gayxample’ by locals, as it is brimming with gay shops, bars, drag shows and music venues. Many gay clubs and bars are also waiting to be discovered in the El Raval and Paral·lel neighbourhoods. No matter where you go, if you visit Barcelona, there are some regular LGBTQ events you shouldn’t miss. 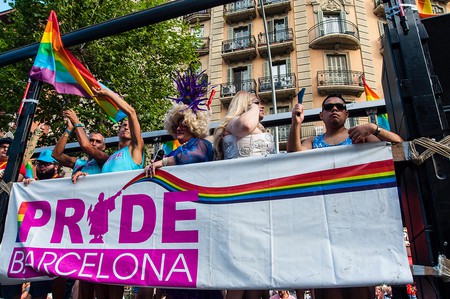 “Love has a thousand shapes and colours” is one of the mantras of the Pride Barcelona festival, an event that celebrates diversity and the LGBTQ community. This inclusive parade has a huge national and international presence, and Barcelona shines as the host city. The festive, colourful side of Pride Barcelona doesn’t overshadow its work for equal rights or its self-affirmation aspects. As in the rest of the world, the event takes place each June, but over 30 organisations take part in the year-round preparation, aiming to create a safe space to be enjoyed both by locals and visitors from all around the world. Barcelona’s Pride allows attendees to see some of the city’s most popular sites (Plaça Espanya and Avinguda Paral·lel amongst them), all while enjoying the curated music selection and shows, the creative outfits and parade of floats, the ironic and playful questioning of social conventions and the participation of all kinds of demographics and families.

Every August, Circuit Festival in Barcelona hosts a week of clubbing and holidays celebrating a series of indoor and outdoor electronic music events for the LGBTQ community. With music by international DJs, the parties attract thousands of visitors from all over the world, turning Barcelona into the unofficial queer capital of the summer. The festival also includes a Water Park Day party in Illa Fantasia, in the nearby Vilassar de Dalt, mixing music and aquatic rides. The week is rounded out with the similar Girlie Circuit Festival, which offers a week-long holiday and cultural programme for the lesbian community. 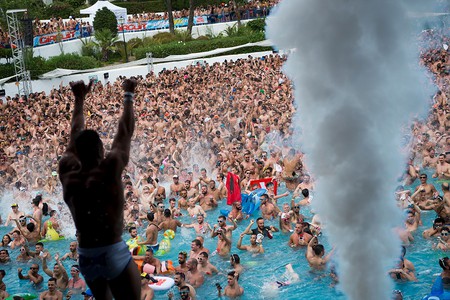 The Centre LGTBI is a publicly funded organisation that supports the community through information and advisory services and direct assistance, as well as providing a safe space to meet. The centre hosts conferences, seminars, workshops, roundtables, movie nights, a book club and other cultural activities along with guided tours to help visitors discover Barcelona’s LGBTQ landmarks. 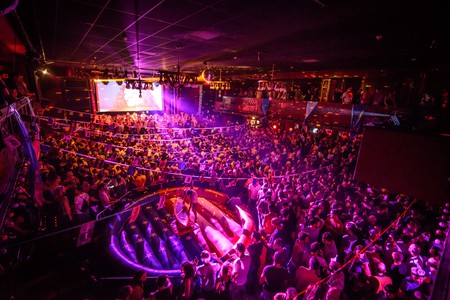 On every Sunday at the Apolo Nightclub, Churros con Chocolate is a self-proclaimed fiesta petarda (Spanish-style camp party) that is especially prevalent in the queer community but enjoyed by everyone. DJs Chica Barata, Manuel Ponce and Luis Alcalá offer a musical selection ranging from queer anthems by divas like Madonna, Kylie Minogue, Olivia Newton-John and Raffaella Carrà to both classic and underground Spanish pop groups, camp star singers and even hints of burlesque. This extended party starts at 6pm and can last up to 12 hours, and people of all ages attend. The organisers pride themselves on arranging nights full of surprises where anything can happen, like serving real chocolate with churros; giving away small gadgets and costumes so people can dress up or disguise their appearances; announcing surprise live shows and more. As a bonus, visitors can use the same entrance ticket for the Antichurros party in the adjacent Apolo lounge, featuring electronic and dance music.

Furia Queer Party takes place at Sidecar nightclub in the central Plaça Reial. The party’s aim is to fight all kinds of discrimination – be it gender, identity, race, sexual preference, weight or age – through artistic expression. This experimental party combines music from different electronic, pop and techno DJ sets along with live music, cabaret, performances and other cultural proposals from artists, illustrators and others. The organisers even have a ‘dressing booth’ to help attendees get ready for the party.

Fire!! Mostra is an international LGBTQ film festival organised by Casal Lambda, an iconic Barcelona non-profit association that has been advocating for gay rights in the city for decades. Over the two-week festival, La Mostra features a selection of art-house films, documentaries and short films that showcase diversity. The festival is named after a pioneering 1920s magazine edited by queer writer, painter and activist Richard Bruce Nugent, who was also a member of the Harlem Renaissance movement.