7 Fashion Designers from Seville You Need on Your Style Radar 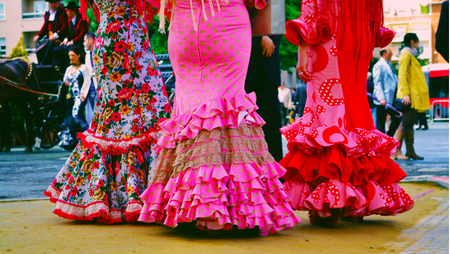 Seville has a reputation throughout Spain as a very stylish and fashion-conscious city. Unsurprisingly, then, the Andalusian capital is home to some of the country’s most exciting fashion designers. Whether you’re after a handmade flamenco dress for the city’s annual feria, or a stunning new pair of shoes, read on for designers from Seville you need on your style radar. 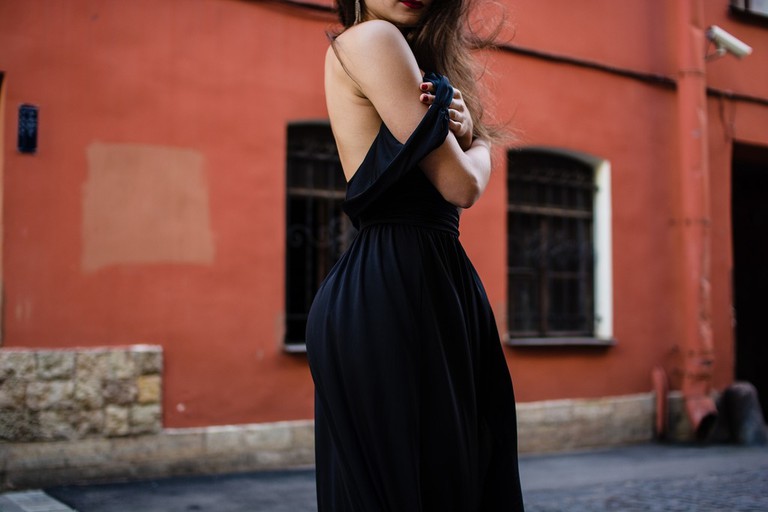 Seville's top fashion designers create dresses of great elegance and style | © Pexels/Pixabay
Cloë is the creation of two young Sevillano designers, Pablo Retamero and Juanjo Bernal, who now operate out of a studio and shop in the heart of Seville’s beautiful old town. Retamero comes from a family of fashion designers, while Bernal acts as the “flamenco soul” of the duo, according to the label’s smart website. Their elegant, flamenco-inspired garments (mainly dresses) can be purchased online or from the outlet in central Seville, along with headwear and handmade accessories for women.

One of Spain’s most famous fashion labels, Victorio y Lucchino was founded by Seville-born José Luis Medina del Corral and his partner José Victor Rodríguez Caro. The two designers met in the early 1970s while both working for a Seville design company, since which time they have created a brand of the highest quality inspired by the ambience and climate of their native Andalusia. Velvet, organza, and chenille are preffered fabrics for Victorio y Lucchino’s luxurious garments, and the label is particularly good (if not cheap) for eveningwear.

Shop, Store
Facebook
Email
Twitter
Pinterest
Copy link
Share
Map View
Another of the Andalusian capital’s leading designers for flamenco dresses and accessories. Operating out of a smart workshop and showroom just off the Alameda de Hercules, Flamenco Design sells its handmade clothing to professional flamenco dancers as well as amateurs who want the best fit and finest materials. It’s not cheap (most of the dresses are priced between 200-250 euros), but then again you won’t be shopping here unless you’re serious about flamenco. Or unless you want to turn heads at Seville’s glamorous Feria de Abril, southern Spain’s most fashion-conscious festival.

Since finishing his studies seven years ago, Alejandro Santizo has established himself as one of Andalusia’s most innovative flamenco fashion designers. A stunning recent collection of trajes de gitanas—as the flamenco dresses are called—was evocatively named “My Dawn Is Called Aurora” and took its color scheme from the various hues of dawn, from warm oranges and reds to pale blues and greys. Other pieces have been inspired by the elaborate celebrations of Semana Santa in Seville and use luxurious fabrics such as velvet and damask. Santizo works out of a classy boutique off the eclectic Calle Feria, in the heart of the city, and is often present to talk to customers. 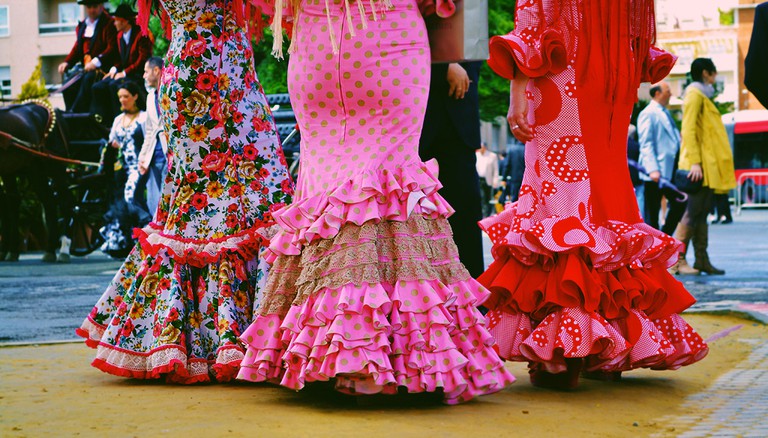 Shop, Store
Facebook
Email
Twitter
Pinterest
Copy link
Share
Map View
“No stitches are left to chance” at the studio of Antonio Garcia, one of the Andalusian capital’s leading fashion designers. Having spent much of his childhood in the family sewing shop, Garcia is familiar with all stages of the creative process, from the first outlines of a garment on paper to the final stitch being sewn in the workshop. Garcia recently teamed up with his brother, Fernando, and the two-man team produces seasonal collections of women’s clothing of the highest quality and design. They can be bought out of the centrally-located store or online.

For high-class women’s shoes, Sevillano footwear designer Eduardo Ruiz is your man. Inspired by periods living in France and Italy as well as the architecture of his hometown, Ruiz produces exquisite seasonal collections of female shoes for all occasions. A recent collection of footwear has taken inspiration from some of the striking bridges that cross the Guadalquivir river in the Andalusian capital; designed in Seville and made in Italy, they’ll set you back about 500 euros (purchases via the website only)—but for shoe-lovers the money will be well spent. 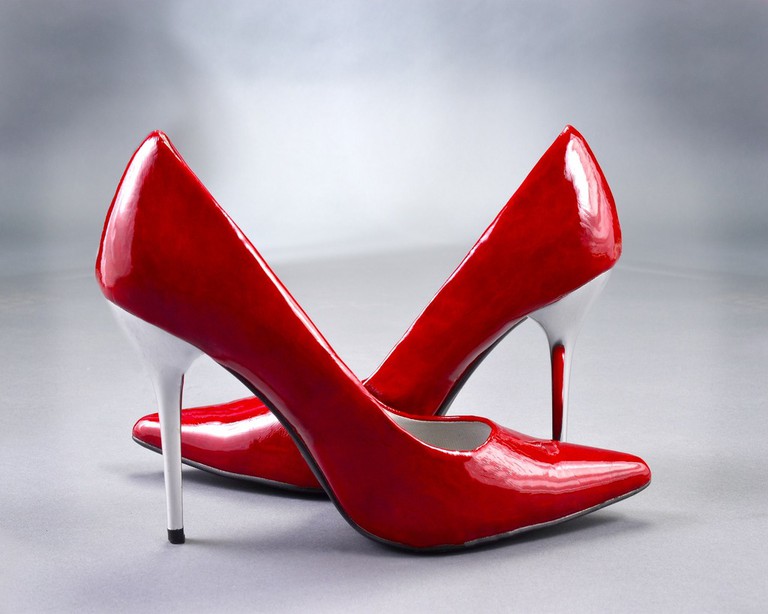 Store
Facebook
Email
Twitter
Pinterest
Copy link
Share
Map View
Seville-born Maria José Suárez—founder of the chic fashion label that bears her name—has spent much of her career designing costumes for TV, but in recent years she’s branched out into mainstream fashion. Her first collection of summer dresses was launched in 2015 and is now sold in 46 outlets across Spain, while her debut in the highly-competitive world of wedding dress design the following year was also a great success. Suárez moved back to her hometown from Madrid in 2014 and can now often be found in the smart, centrally-appointed store that displays her latest pieces.
Give us feedback