7 Facts You Need To Know About Miguel De Cervantes

Miguel de Cervantes Saavedra, sometimes simply referred to as ‘Cervantes,’ is best known as the creator of Don Quixote. He is also the author of other works such as La Galatea, Rinconete y Cortadillo, and his Exemplary Novels among many others. However, despite the importance of his work and his contribution to Spanish culture, many people know very little about the man outside of his work. Read on to discover seven facts you need to know about his life. 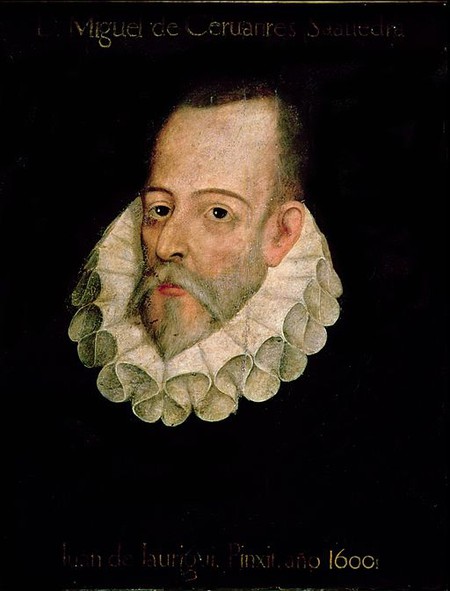 He Was From A Large Family

Miguel De Cervantes was born in Alcalá de Henares and was the fourth of the seven children born to Rodrigo Cervantes, who worked as a surgeon, and Leonor de Cortinas, who knew how to read and write, a very rare skill for women at the time. Their first-born child was a son named Andres who sadly died a few days after birth. In 1544, Andrea, the eldest of the sisters, was born. Then came Luisa in 1546, who later decided to join the Catholic Church as a nun. Miguel de Cervantes, the eldest of the surviving sons, was born in 1547 – three years before his younger brother Rodrigo. The youngest of the children were Magdalena, who died five years before Cervantes himself, and the youngest child, Juan, born in 1555 and who died at an unknown date. 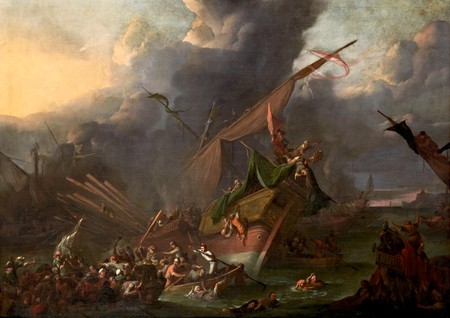 The Battle of Lepanto | © Pieter Brünniche/WikiCommons

He Was A Military Man

Miguel de Cervantes is also known under the name of Manco de Lepanto; according to historians, he decided to join the military in 1570 when he enlisted in Napoles under the command of Don Miguel de Moncada. Cervantes was aboard La Marquesa with his brother Rodrigo during the Battle of Lepanto, which took place on the 7th of October 1571. During the battle he suffered bad injuries to his left hand, partially crippling it. However, this did not stop him; after his recovery, he participated in other battles from 1572 to 1575, until Cervantes and his brother Rodrigo embarked on a trip back to Spain. They suffered the misfortune of being captured and were taken as a prisoners to Algiers where they were held captive by the Moorish ship captain Dali Mami, also known as ‘El Cojo.’ The value of his ransom was ‘500 escudos de oro,’ an amount his family could not afford to pay, resulting in him remaining a prisoner for five years, despite his unsuccessful attempts to escape. 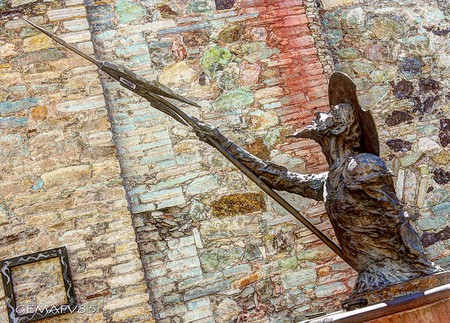 To date, the only information known about the appearance of Miguel de Cervantes’ face is his own description as it appears in the prologue of his work Exemplary Novels: ‘This you see here of aquiline face, brown hair, forehead smooth and emptied, of bright eyes and nose curved, although well provided….’ All the existing portraits of Cervantes were based on this description, which was written when the author was approximately 60 years of age. The most famous oil painting is attributed to Juan de Jáuregui who was a poet, painter and literary academic. Indeed, in the prologue that Cervantes wrote in his Exemplary Novels, he explicitly states that his portrait should be painted by Jáuregui. This portrait is located in the Real Academia Española (REA), but there remains some controversy over its authenticity. 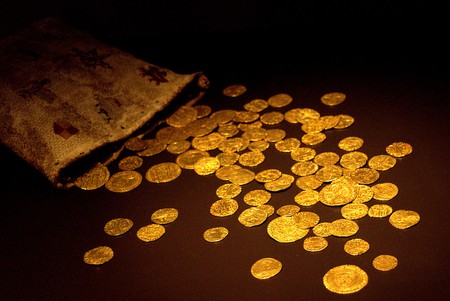 His Family Went Through Financial Hardship

Miguel de Cervantes grew up in a family with economic difficulties; his father’s work was never enough to pay the bills, and on one occasion, his father was sent to jail. Even during Cervantes’ time as a prisoner at the hands of El Cojo, his mother had to ask for a loan, and then waited five years before being able to pay his ransom. Cervantes had worked throughout his lifetime but never earned enough to lead a comfortable life. Despite the success of his masterpiece Don Quixote, published in 1604, Miguel de Cervantes died 12 years later in poverty, having never received any payment for its publication. 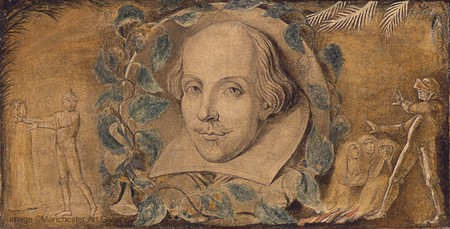 There Are Parallels Between Cervantes’ And Shakespeare’s Lives

William Shakespeare was not only a contemporary of Cervantes but also a great admirer of his writing. In 1613, Shakespeare wrote a piece named The History of Cadenio, based on a character named Cardenio taken from Cervantes’ novel Don Quixote. In addition, the date selected for the World Book Day is April 23rd because Cervantes died on April 22nd but was buried the next day. Shakespeare died on May the 3rd, but at that time, the English people used the Julian calendar, and its equivalent in the Gregorian calendar is, in fact, April the 23rd. 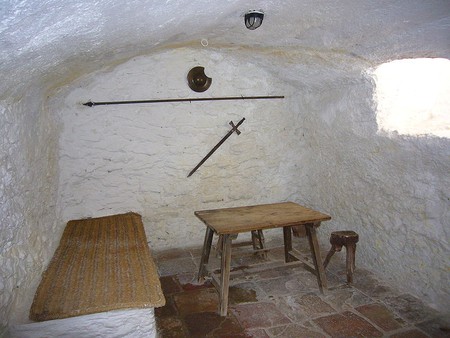 Inside the house of Medrano where Miguel de Cervantes was imprisoned in their underground cave. / | ©commonswiki

He Had A Difficult And Troubled Life

A childhood spent among a family with grave financial problems, a severe hand injury from battle at war, held a prisoner for five years – as if it was not enough suffering, Cervantes was also sent to jail on two occasions, the first time for a short stint in 1592. The second time was from September to December of 1597 when he was approximately 50 years old. It was during this time in prison that the idea for Don Quixote was first born. At the time, he worked as a tax collector, a profession which enjoyed very little popularity among his fellow citizens, and he was accused of improperly appropriating public money. Also, because of his work as a tax collector, Cervantes was excommunicated from the Catholic Church on three occasions, as they did not approve of being charged taxes that were intended for the war. It is also believed that Cervantes struggled with a stutter for most of his life.

Miguel de Cervantes died at the age of 68, a considerably good age for the time. The likely cause of his death was the diabetes from which he suffered. Approximately two weeks before his death, Cervantes entered the Third Order of Franciscans, most likely to show his gratefulness for the money that was lent to his family by the Order for his rescue from captivity in Algiers. In his testament, he requested to be buried in the church that belonged to the Convent of the Barefoot Trinitarians, in the same neighborhood where he lived. However, his coffin was later lost and the exact location of his final resting place long remained a mystery… until recently! In 2015, a team of forensic experts located what they claim to be the bones of Miguel de Cervantes alongside those of his wife and 16 other people. Unfortunately, DNA testing and the search for signs of the injuries he suffered in battle have so far been unable to confirm for certain that his remains are among those found. But many believe this is the end of the 400-year-old mystery.