Essential Things You Need To Know About Spanish Ham 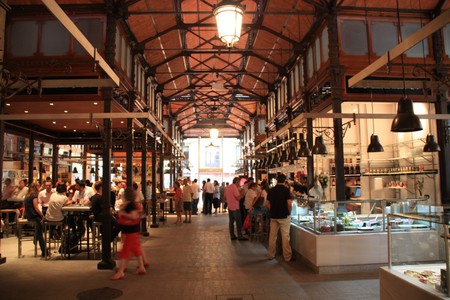 If you have ever set foot on Spanish soil, you probably will have noticed the imposing presence of Spanish ham. It is everywhere you go, be it in the café of a mediterranean town with an ocean view, the bar at the railway station in the mountains, or in buzzing Madrid, jamón is a part of Spain itself. As a fundamental part of the Spanish eating culture, it seems extremely useful to know the most essential facts about it, even if you are not a meat fanatic. Here’s the top things you need to know about this quintessential Spanish food.

You should be aware of the fact that, unlike in other countries, the word jamón in Spain solely refers to the characteristically salty and flavorsome dry-cured-ham, while cooked ham is commonly entitled jamón cocido or ‘York.’ The dry-cured-ham must be cured for at least 12 months and is adored by practically everybody in Spain. The art of making a perfect Spanish ham is a science in itself, not taken lightly either by those who make it, nor the Spanish people, who have since childhood learned to distinguish its various tastes and flavors.

The importance of the jamonera

The most notable thing about the Spanish jamón is the fact that it is actually cut fresh at the location of consumption. The hind leg of the hog to be consumed is placed in a holding device called jamonera, from which the ambitious barman will ceremoniously carve your share of this Spanish delight. Consequently, everywhere you go, be it the restaurant on main street or the tiny supermarket next door, tremendous amounts of assorted types of dry-cured-ham legs will be found hanging from the ceiling and waiting to be put in the jamonera. Thus forming the central characteristic of the Spanish wine bar atmosphere.

The two main hams to distinguish as a wise and well-ventured visitor are Serrano ham and Iberian ham. The difference between them lies not in their geographical origin, as is the case, for example, with the Italian prosciutto di Parma (ham from the town of Parma). Instead, the label refers to the breed of the pigs used for making the ham. Even though the name of the Jamón Serrano takes note of its origins from the sierra (mountains), it is in fact used for all kinds of smoked hams made of the regular (pink) pig breed. For the more exquisite Iberian ham, the rather uncommon species of the Black Iberian pig is required. The purer the race, the more expensive the ham. Therefore, you will often find ham labeled 100 per cent ibérico, meaning that the ancestry of the animal is one hundred percent attributable to the ibérico race. 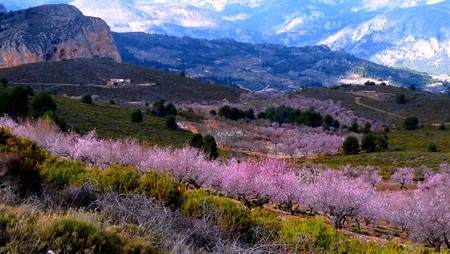 The knowledge about Iberian ham is practically infinite, or so one might think as a flabbergasted spectator, having entered a Spanish ham store and standing in front of rows and rows of apparently distinguishable hams, which to the untrained eye set themselves apart only by a notable difference in price. To delve into the astonishingly broad field of Jamón Ibérico and its seals and labels might be a bit too much of an involvement for the unsuspecting traveler. Essential to know, however, is the fact that there is a crucial distinction regarding the feeding of the pigs, namely between ibérico pigs who have been fed acorns from various species of oak trees, and those with a regular diet of wheat and cereals. The more acorn-based the diet, the more expensive the ham.

Why jamón can get expensive

Buying ham in Spain can get really expensive, depending on what exactly you are looking for. Let’s say you have an extravagant day and want to treat yourself to a renowned Jamón Ibérico de bellota, meaning that the free-living pigs have gained at least 40 per cent of their bodyweight by the continuous munching and devouring of acorns; then you might be spending more than 120 euros a kilo. Currently, the price of the most expensive ham of Spain lies at 500 euros a kilo. A very rare breed of ibérico pigs are raised in liberty for 36 months, obtaining only the finest possible nutrition; to then prolong their afterlife curating as hams for four whole years. If you feel reckless spending or happen to be a sheik: a whole pata (leg) of this ham (Dehesa Maladúa) costs about 4100 euros. 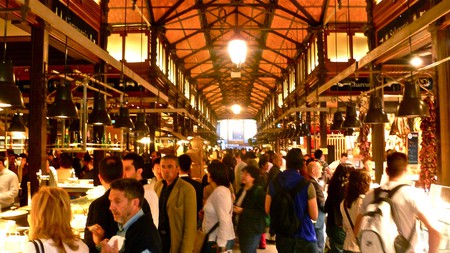 A common misconception about Spanish ham is that it is usually cut very thin, but in most cases it is actually not. This might be connected to the usage of the jamoneras, for it is arguably very challenging to cut paper-thin ham slices by hand, especially in the demanding bustle of a busy restaurant. Of course, everyone’s palate has different needs and there are various ways of cutting ham, but a majority of Spanish people do seem to like their ham a bit more chunky. So when buying ham, for example in Madrid, don’t be afraid to tell your designated vendor about your personal slicing preference.

The hard ham-facts are clear, but what is not so, is how to best devour this Spanish meat. Typically it is eaten at night in tapas bars, tapa being a small portion of food you get with your drinks. More often, you will find people ordering their ham as a ración, a big portion, together with some cured cheese, olives and crackers, which are shared by everybody at the table. If you wish to see the approving spark of acceptance in the eyes of a waiter on your trip to Spain, order your paella at noon and instead opt for some jamón at night. Sure to be found at any time of the day and at night, you can order your share of Spanish ham in a bocadillo. Even though this might translate to ‘sandwich,’ the baguette-like bread comes with nothing more than ham, olive oil and, occasionally, some chopped tomatoes. No need to worry, though, you will be surprised that this is more than enough to put a satisfied smile on your face.

Mix of Tapas | © Michal Osmenda / WikiCommons
Give us feedback