Curious Facts You Need To Know About Barcelona

Eixample as seen from above | © Alhzeiia/WikiCommons

The more anyone chooses to delve into the story behind any given place, the more intriguing and odd things that person is bound to stumble upon. Here, The Culture Trip has chosen to take a look at a number of curious facts about Barcelona that you may or may not have known about but, nonetheless, will help to illustrate some of the lesser-known aspects of the city. For keen explorers and curious minds, this is the ultimate list to get you started on your quest to truly getting to know the Catalan capital. 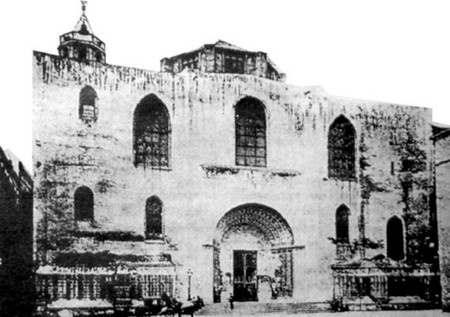 Barcelona's Cathedral in the 1880s | WikiCommons

When people come to visit the Barcelona for the first time, one of the things that usually tops the to-do list, along with the beaches and Gaudí, is a trip to the Gothic Quarter, which is often romanticized as being one of the prime examples of Medieval architecture in Europe. Unbeknownst even to most Barcelonians, this much loved neighborhood was in large part forged into what it is today due to 20th-century urban renewal plans that sought to regenerate the derelict ‘Barri de la Catedral’ into a more visually pleasing area that could also serve to attract more tourism to the city. The term ‘Gothic Quarter’ itself was coined in 1911, and much of what is now described as ‘gothic’ architecture in the neighborhood was, in fact, only built in the past 1oo years. 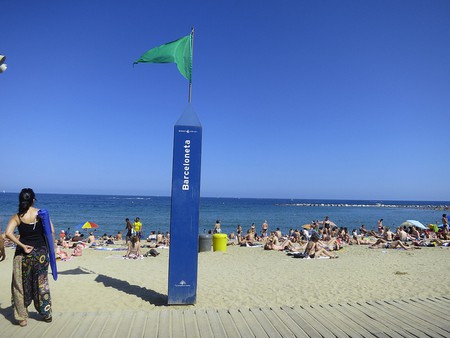 The 1992 Olympics Made Barcelona’s Coastline What it is Today

Although National Geographic has declared Barcelona to be the top beach city in the world, few people seem to remember that most of its beaches are actually a relatively recent addition to the cityscape; prior to 1992, the city’s unremarkable coastline was lined with railway tracks and did not attract nearly as many tourists as it does these days. With the excuse of the 1992 Olympics, yet another urban renewal plan was carried out in Barcelona, displacing the railway tracks and allowing the city to gain another two miles of beach. 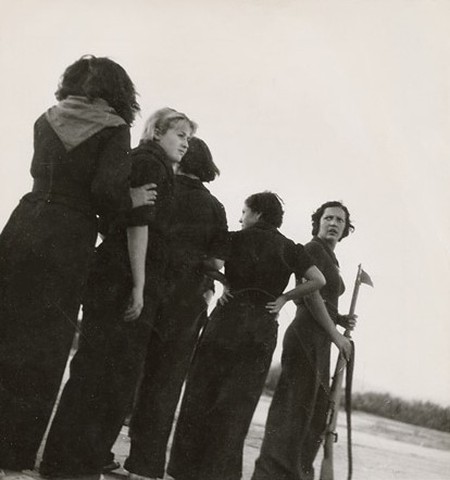 Women training for a Republican militia outside Barcelona, 1936 | © Gerda Taro/WikiCommons

Barcelona Has a Long History of Working-Class Movements

Friedrich Engels once declared that Barcelona was the city that had seen the greatest number of insurrections in the world. Indeed, as the most industrialized city in 19th-century Spain, it boasted highly developed workers’ movements and, as such, quite a sizable number of popular revolts took place that Engels would have heard about throughout his lifetime. Given this, it is not surprising that later on, during the Spanish Civil War, Barcelona would become a stronghold for the Republican militias that fought against Franco. Anarchists and socialists were even able to temporarily collectivize various businesses in Barcelona and reconvert them to the service of the ‘common people.’ Among these businesses, the Hotel Ritz (nowadays known as the Hotel Palace) became the ‘Hotel Gastronomic’ – a soup kitchen open to all with its basement also serving as an air raid shelter. Furthermore, and in a rather bizarre twist of fate, what once served as the Communist Party’s headquarters during the war became what is now the Apple store at Plaça Catalunya. 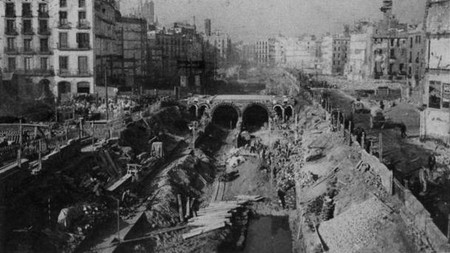 Via Laietana under construction in 1912 | Author Unknown/WikiCommons

Forgotten and hidden away in the darkness of Barcelona’s underground are a number of abandoned metro stations. Although few people today have been able to visit them due to the obvious safety issues that would involve, rumors and urban legends surrounding their existence abound nonetheless. Take, for example, Banco station located between Urquinaona and Jaume I as the L4 makes its way along Via Laietana. This particular stop beside the previous location of the Bank of Spain was never put to use, but there are still those who believe that it allowed the bank’s employees to secretly transport money to and from the bank through concealed tunnels even though TMB has officially dispelled this story. A bit farther along on the same metro line, those who keep their eyes peeled between Jaume I and Barcelona will also be able to catch a fleeting glimpse of Correos, which, eerily, still has 1970s propaganda preserved on its walls. 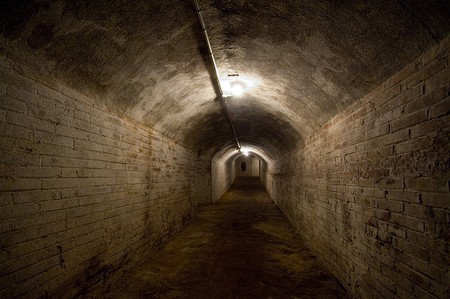 Aside from abandoned metro stations, there is more below Barcelona’s surface than what first meets the eye. A total of 1,387 air raid shelters were built in the city during the Spanish Civil War by the Republican Army, the Generalitat and Barcelonian citizens alike. While most of these shelters are now closed to the public, a few of them are still open to those visitors eager to get to know a bit more about the city’s history. One of the easiest to access nowadays is Refugi 307 in Poble Sec as it also happens to be part of the History of Barcelona Museum, although tours must be booked in advance. Another one of the few shelters that is still open to the public (but that also requires booking in advance) is located at Plaça del Diamant in Gràcia. 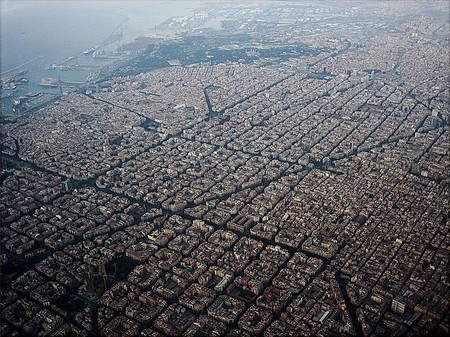 Eixample as seen from above | © Alhzeiia/WikiCommons

L’Eixample Was Conceived As A Utopian Urban Living Space

Ever notice how, from above, large parts of the city seem to form a perfect grid? While in and of itself this is not altogether that unusual since numerous other cities in the world have also been perfectly planned out, the story behind Barcelona’s Eixample is remarkable in that it was conceived by Ildefons Cerdà in 1859 as an ‘egalitarian’ design that would improve living conditions of the city’s inhabitants beyond the original walls surrounding Ciutat Vella, diminishing any possible differences in quality of life among neighborhoods. As anyone simply taking a stroll in the area may have noticed, the blocks are not squares but rather octagons, as this was supposed to provide trolleys with sufficient space to turn. In addition to this, each block was also designed with enough room in the interior to make room for urban gardens that were intended to help improve health conditions.

Barcelona Played A Role In Determining The Length Of The Meter

In the Age of Reason surrounding the French Revolution, scientists, or ‘savants’ as they were referred to then, became concerned with the discrepancies between the various different units of measurements that were used at the time and decided to come up with one that would be implemented uniformly – the meter. The meter was to be defined as one ten-millionth of the distance between the North Pole and the equator, but for practical reasons, this distance was not able to be measured. As a result, the French scientists decided to measure the distance between Dunkirk and Barcelona, which are directly on a straight line North-South from one another and then extrapolate from that the distance from the North Pole to the equator. Apparently this took quite some time as the Spanish were not too open to having French people wandering around and measuring things, especially after war broke out between France and other European countries.